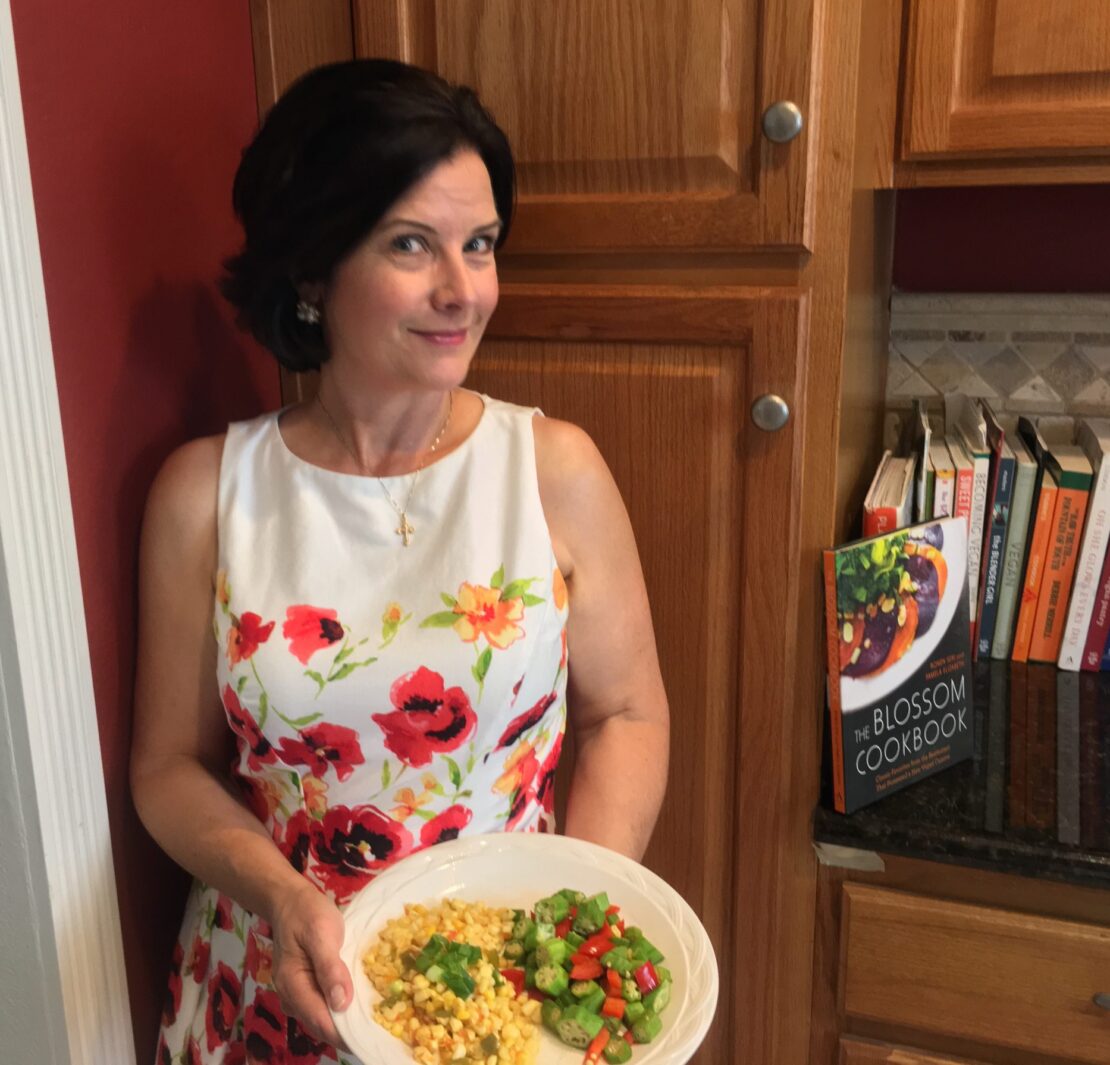 Camille is a Los Angeles-based actress, who owns a production company with her husband Jeff Harman, famous astrologer to the stars, and helps her teen son Aidan with his acting career. Look for her as Mary Matalin in the Paramount Pictures Studio/ Paramount Studios feature film “Backseat” with Christian Bale (actor) as Dick Cheney, Amy Adams – Actress, Steve Carell, Tyler Perry, Lily Rabe and Sam Rockwell in December, which is a rumored Oscar contender for 2019.

Camille cooks in her father’s traditional style but she uses healthier substitutions.  She explains by cutting out the butter, seafood, and processed meat, it makes the food healthier, and it’s still delicious! She adds that her father is currently experiencing intestinal issues from eating all the rich fatty foods, so cut those out and keep yourself healthy!

Camille is a talented chef and she even has a method to cook okra in a skillet beforehand that rids it of that slimy texture. This is great for people who can’t stand that slimy texture (me). Thank you Camille!

Camille has been vegan for about a year. She watched documentaries like “What the Health” and “Forks Over Knives” and they got her thinking about conspiracy theories. We should note that Camille used to work for UFO Magazine, so she is a conspiracy theorist to say the least. But that was part of her reason for going vegan, as well as not liking the way the animals are mistreated, and wanting to be healthier. She saw family members like her father who is experiencing health issues, going through all of these medical treatments, and she decided she better make a change. Camille also likes to stay trim for her acting career, so a plant-based diet helps her do that!

Paige describes the corn as crunchy, sweet, with a little kick of spice and the okra is scrumptious. Her dishes aren’t just eye-catching and colorful, they’re delicious! Check out Camille’s Facebook for more information about her acting projects!

Dish involves large pot or deep skillet with a lid, cutting board, knives. Serve in a bowl with a spoon.

Directions: Cut the corn off the cob carefully (see video). Scrape the “corn milk” off the cob with the back of the knife for extra moisture. Chop up the remaining vegetables add salt and sugar. Mix around. Melt Earth Balance butter into the skillet. Add veggies and saute

Saved from Slaughter: Chickens Walk on Grass for the First Time!