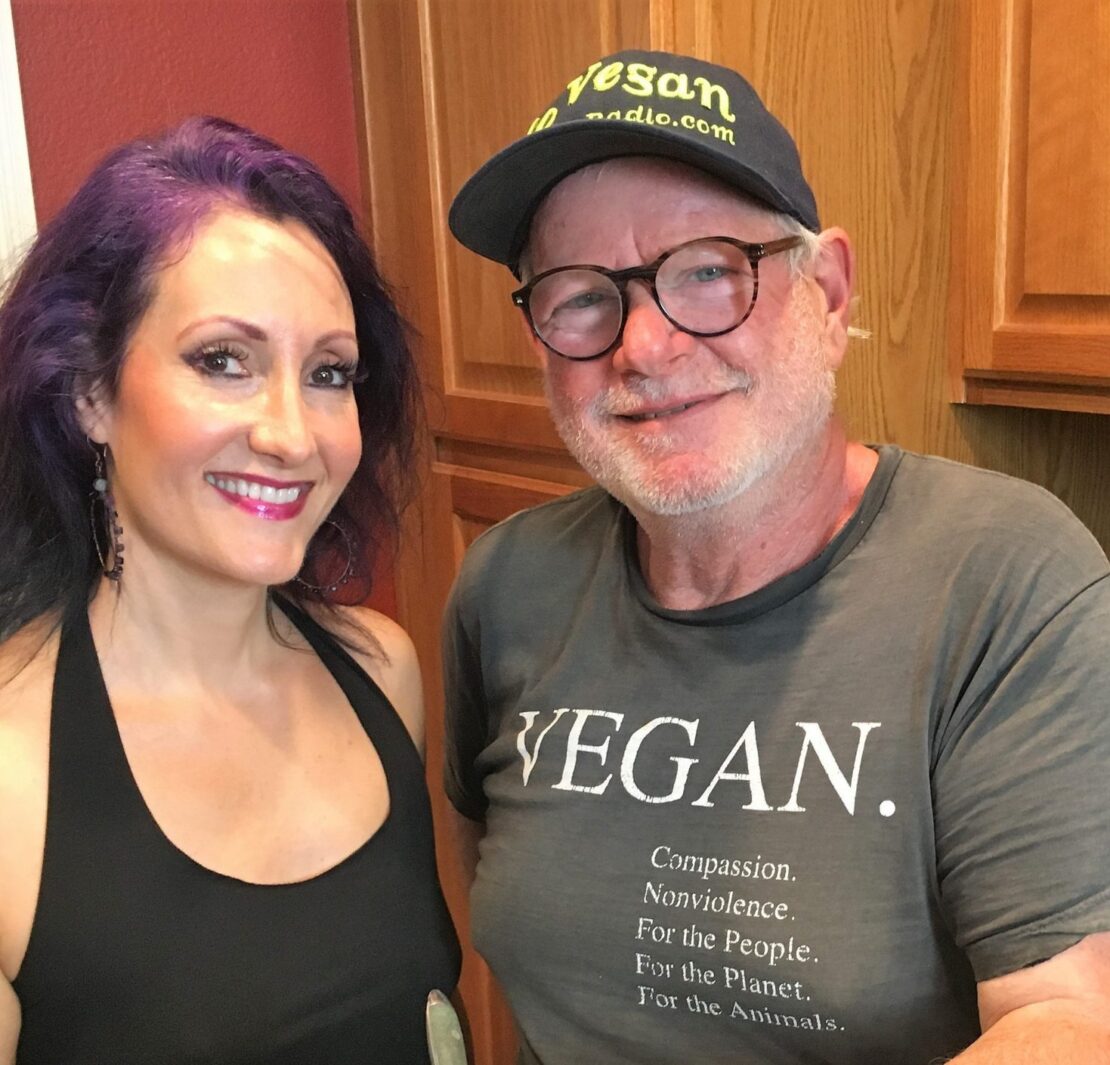 Bob Linden is the emcee and main organizer of L.A. REGGAE VEGAN FEST on behalf of the 501(c)(3) nonprofit Go Vegan Radio. Bob is a legendary, award-winning Program Director of music radio stations around the US. Bob is the original organizer of WorldFest-LA at Woodley Park in 2000 and creator of the World Vegan Summit & Expo, PlanetFest, and CommunityFest. Bob hosts the first-ever mainstream media Vegan talk show “Go Vegan Radio with Bob Linden,” which has been heard on the Air America radio network, GCN radio network, Clear Channel and CBS stations around the country, and in Los Angeles on KRLA and K-TALK!

Bob made his vegetable sauté oil-free for Vanessa today. If you aren’t avoiding oil, then he says it may bring out the flavors. Vanessa will tell you that oil can damage your circulatory system so maybe going oil-free isn’t a bad idea. One other item you won’t find in this vegan soup or any of Bob’s cooking is honey. Vanessa explains that eating honey is stealing food from bees. Bob takes the explanation a step further by exclaiming that honey is “bee vomit.” Yea we’ll pass!

Make your own vegetable sauté at home with the recipe below. Be sure to come out to the festival this Sunday October 7th and check out all the food, music, retailers, and fun for all!

Go to the L.A. Reggae Vegan Fest Website for discounts