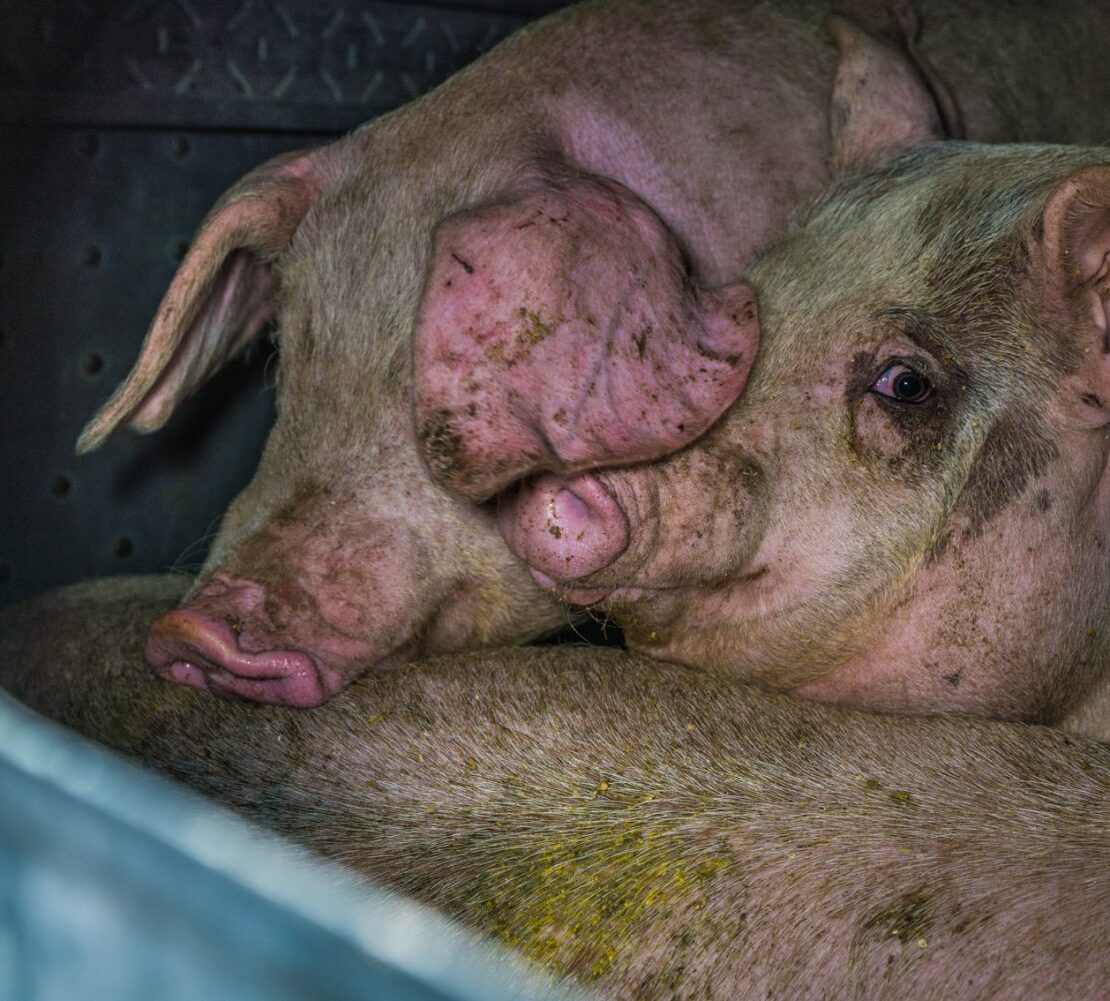 Jack DiMillo reporting #LIVE for #JaneUnChained News Network at a pig vigil organized by The Animal Alliance Network outside of a slaughterhouse near downtown Los Angeles. Baby pigs are delivered here several nights a week and thousands of pigs are routinely killed here. Is this necessary? Is this the kind of society that we want to live in? Watch and decide for yourself.
On this night there were over ten trucks full of pigs who activists met before they entered the gates to give them one last act of mercy. These pigs can travel for days without food or water, so activists give them water to quench their thirst. They stick their snouts through the holes as they eagerly gulp water.  Most of these animals have never experienced compassion in their lives. They are treated as living property, not the sentient intelligent beings that are. Pigs are said to be smarter than most dogs, and yet our species treats them as if they are mere objects for capital gain. Every pig that you see on these trucks is dead today. This was their destiny because human beings buy the products that their bodies are butchered for. Is eating bacon, ham, or any other product made from these innocent animals worth their short lives of suffering and deaths?
There will be two joint vigils next week hosted by three activist groups, The Los Angeles Animal Save, The Animal Alliance Network , and The March of Silence. They are excited to announce their very special guests, James Aspey and his girlfriend Carly Taylor will be at both vigils on Halloween night and the evening of November 4th! James Aspey is a phenomenal activist who gained popularity after he took a one year vow of silence for animal rights.  He was also tattooed for over 24 hours in order to bring attention to animal activism. He has given hundreds of free speeches that have inspired activists worldwide! Please come to the vigils this week if you are able to. You can give water to these poor animals and meet one of the most prolific animal rights movement activists of our time!
The company is invited on any time to discuss.
Jack DiMillo reporting LIVE for Jane Unchained News Network.
Report edited by Ellen Dent.
Flyer courtesy of The Los Angeles Animal Save.
Photos courtesy of @chefitophoto:

Spooky Ghosts in a Graveyard Dessert!