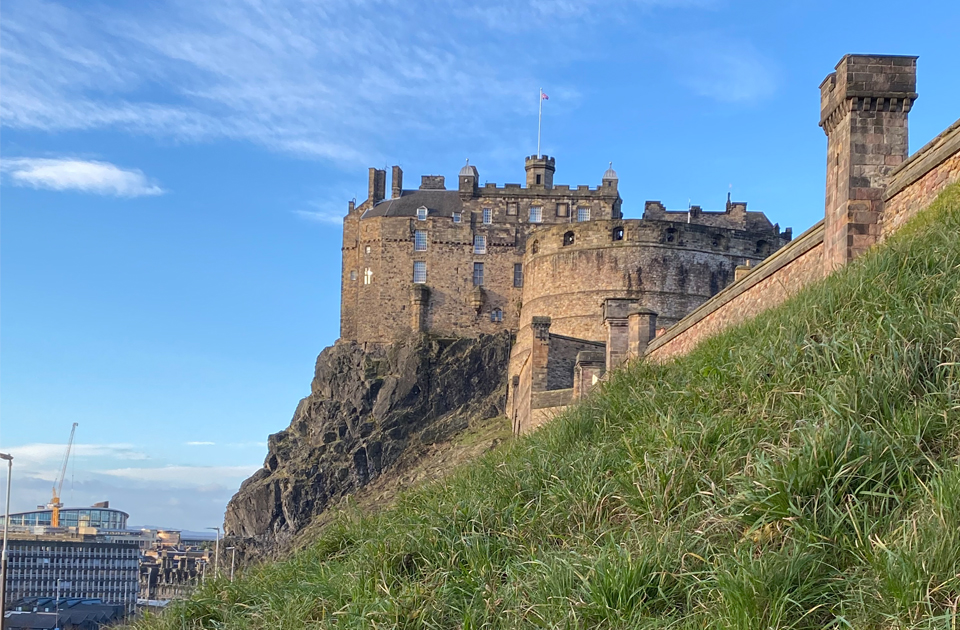 Edinburgh, January 18, 2023 — The City of Edinburgh Council, Scotland, UK, has endorsed the Plant Based Treaty, becoming the first major European city to join this campaign to tackle the meat industry’s massive role in the climate emergency.

After the historic 12 to 5 vote, Green Councilor Steve Burgess, a leading supporter of the Plant Based Treaty, said, “Plant-based proteins have a much lower carbon footprint than meat and dairy. By declaring our endorsement, we are acknowledging that food systems are a main driver of the climate emergency and that a shift towards plant-based diets can go a huge way in reducing greenhouse gas emissions.”

So far, 20 municipal governments worldwide have endorsed the Plant Based Treaty, including Los Angeles, CA, but Edinburgh is the first European nation’s capital that has done so (although it is not an independent Nation-State’s capital yet as Scotland is still part of the United Kingdom, which has London as its Nation-State’s capital).

Learn All About the Plant Based Treaty on UnchainedTV!

The Plant Based Treaty is a global initiative co-created by vegan activist Anita Krajnc, founder of The Save Movement. The treaty aims to halt the accelerating expansion of animal agriculture,  promote a plant-based food system, re-wild critical ecosystems in line with the global commitment to limit warming to 1.5°C, and work to mitigate the climate crisis with transition plans.

So far, the initiative has received support from 20 municipalities, 70,406 individual endorsers, 5 Nobel laureates, various IPCC scientists, and more than 2,000 NGOs, community groups and businesses. In addition to Edinburgh, the last cities that endorsed it are Gopalpur, India on December 14, 2022, Los Angeles on October 25, 2022, and Didim, Turkey on October 14, 2022.

How Edinburgh endorsed the Plant Based Treaty

Councilor Burgess first introduced the Plant Based Treaty to Edinburgh Council in March of 2022, where councilors unanimously voted to formally assess the implications of endorsing the Plant Based Treaty. The assessment concluded that, “Diets high in plant protein and low in meat and dairy make for lower greenhouse gas emissions, and that consequently, shifting consumption towards plant-based diets has a major mitigation potential.”

The council now must to decide what to do about this declaration. Will they encourage the Scottish Government itself to follow suit?  Will the council now switch to plant-based foods at official events? Burgess seems to hope so saying,”“Edinburgh council itself now also has a fantastic opportunity to encourage far more plant-based eating and I look forward to the forthcoming council report on how we can do that.”

Ben Parker, another leader of the Green group of Councilors in the City of Edinburgh Council, noted that the endorsement was part of a series of decisions to battle the emerging global climate crisis, “Following the hard work of Green Councilors, in 2019 the City of Edinburgh Council declared a Climate Emergency. In 2021, we also signed the Fossil Fuel Treaty and I’m now delighted to see us endorse the Plant Based Treaty in 2023. To sign the treaty is to show that we take our climate commitments seriously, and recognize the science behind the climate emergency— that is, to know that food systems are key drivers of emissions, and that plant-based foods must figure as part of the solution to tackling climate change.”

Which World-Class City Will Be Next?

More than 240 public officials from almost 60 towns and cities in the UK have individually signed the Plant Based Treaty. Campaigners are now calling on other towns and cities in Scotland to follow Edinburgh’s lead and help create a national council-led movement demanding a shift towards healthier, more sustainable, plant-based diets. Nicola Harris, communications director at Plant Based Treaty said, “Everyone can join the movement by asking their local councilors to support the Plant Based Treaty and put forward a motion for their town, city or county to endorse. By developing plant-based food strategies to address consumption-based greenhouse gas emissions we can make great inroads in delivering the emissions cuts needed this decade to avoid catastrophic climate breakdown.”

“Promoting plant-based food across Edinburgh will help residents make informed choices that are better for the planet, personal health, and animal protection”— Nicola Harris, communications director at Plant Based Treaty