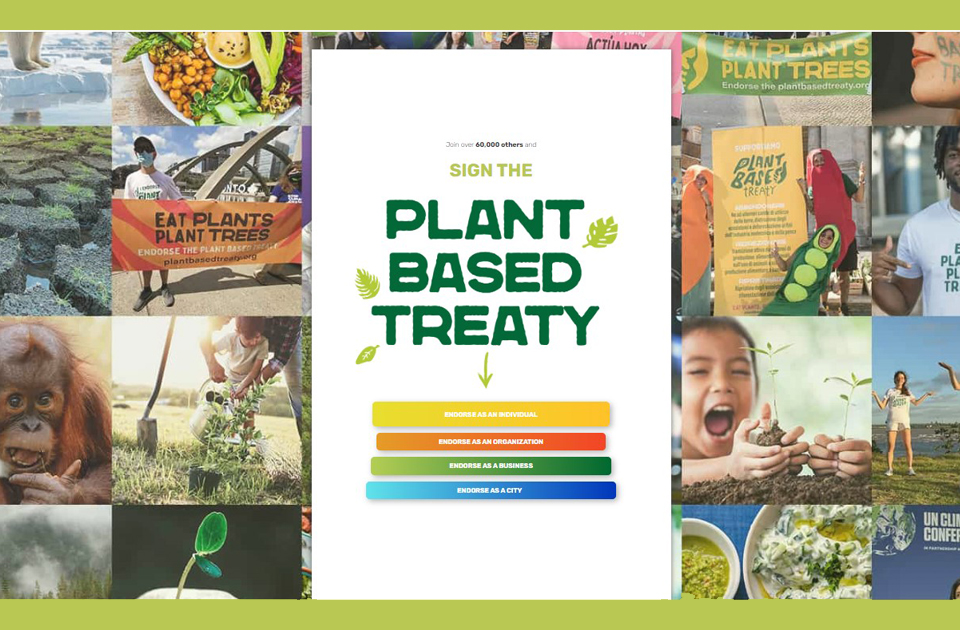 Los Angeles, October 21st, 2022, 12:30 pm – It’s a moment that may well go down in the history of humanity’s battle against climate change. On October 18th, 2022, the Los Angeles City Council voted unanimously to adopt its resolution in support of the global Plant Based Treaty initiative.  Los Angeles has now become the largest U.S. city to have done so.

Between 2014 and 2019, atmospheric concentrations of methane increased fast. Animal agriculture contributed to at least 30% of these emissions. Some contend even that is an underestimate. Moving away from animal agriculture needs to be done internationally at a global scale. This is where the Plant Based Treaty comes in. This treaty is the basis for a global campaign. And, you know what they say, what happens in LA…

LA councilmembers Paul Koretz and Marqueece Harris-Dawson introduced the resolution, to support the Plant Based Treaty, at the L.A. City Council on September 6th. It was approved just ahead of the annual C40 World Mayors Summit, which convenes October 19-21 in Buenos Aires, Argentina. According to the organizers, Los Angeles, after Buenos Aires in August 2022, is now the second C40 city to support the Treaty. Haywards Heath in the UK was the first city in Europe to endorse the treaty.

What is the Plant Based Treaty

The Plant Based Treaty is a global initiative co-created by vegan activist Anita Krajnc, founder of The Save Movement. Its motto involves three Rs: Relinquish, Redirect, and Restore. The treaty aims to halt the accelerating expansion of animal agriculture,  promote a plant-based food system, re-wild critical ecosystems in line with the global commitment to limit warming to l .5°C, and work to mitigate the climate crisis with transition plans.

So far, the initiative has received support from 19 cities, 59,000 individual endorsers, 5 Nobel laureates, IPCC scientists, and more than 1,800 NGOs, community groups and businesses. Supporters say that this treaty sets the stage for a global, cultural shift to plant-based lifestyles.

“L.A. is historically known to lead the nation in environmental trends. What happens in L.A. spreads to the rest of the world.”- Jane Velez-Mitchell, the founder of UnchainedTV

What Does the Resolution Say

Back in March 2020, the L.A. City Council condemned the destruction of the Amazon rainforest by cattle farmers. The council called on corporate and government entities, operating in Los Angeles, to divest from agricultural industries that benefit from deforestation and threaten Indigenous People who inhabit the rainforests. But, now, Los Angeles has gone way beyond that by approving this new resolution.

The resolution relies on data from many reputable sources. For instance, the United Nations Intergovernmental Panel on Climate Change (IPCC) 6th assessment suggests rapid cuts of 75% to methane are required to stay within 1.5C. The 2019 Land Use report concludes that 78% of farmland is used for farm animals yet supplies just 18% of global calories and 37% of protein.

With all this data in mind, the Los Angeles City Council voted the following: “by the adoption of this Resolution, the City of Los Angeles formally endorses and hereby includes in its 2021-2022 Federal Legislative Program SUPPORT for the United States to enter into a Plant Based Treaty and make a plant-based approach to food and food purchasing a centerpiece of its greenhouse gas emissions policy.”

The document also states that Los Angeles has been increasing its efforts to reduce greenhouse gas emissions across all sectors. Also, it notes that the rapid reduction in three greenhouse gas categories (CO2, Methane, and Nitrous Oxide) is a climate imperative.

“By passing the Plant Based Treaty Resolution, L.A. City council members are upholding their promise of making the shift towards preventative climate change policy which is badly needed for their constituents and beyond.”- Ellen Dent, President of Animal Alliance Network