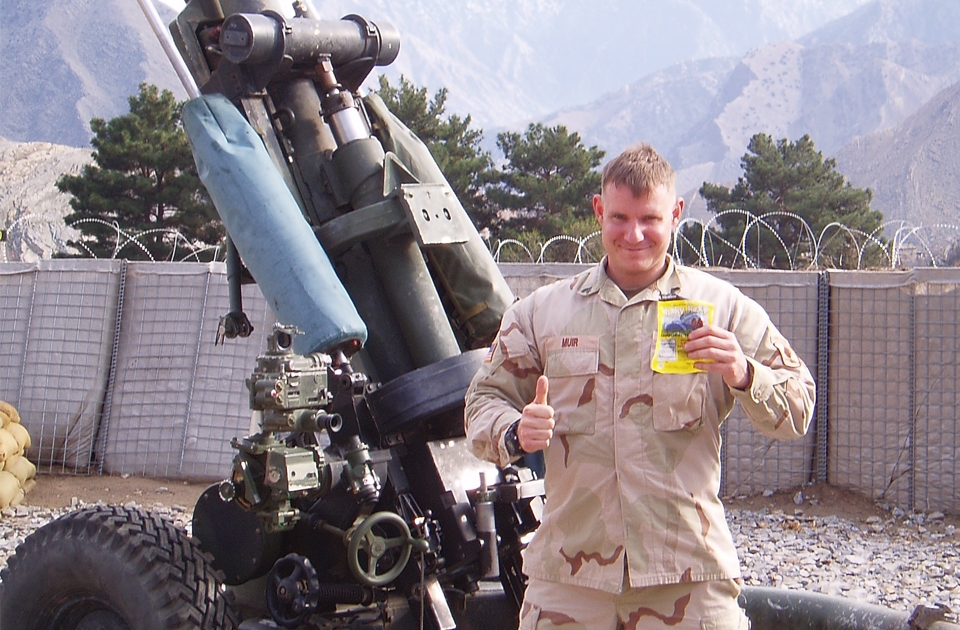 A new survey, showing that most U.S. military members want vegan ready-to-eat meals, has been presented to Congress to lobby for a change in the military’s menu offerings

Los Angeles, October 14th, 2022, 9am – Critics say it makes no sense. If you’re a convict in the US and declare that you’re vegan, you will get vegan meals. But, if you’re a member of the military in the field, risking your life for the country, and you are vegan, the military will not provide you with any vegan ready-to-eat meals, called MREs. There are vegetarian, kosher and halal meals provided. But, not vegan meals. So, you’ll have to rely on people outside the military to send you food you can eat. This is what Sgt. Bill Muir (aka Sgt. Vegan) had to do when he was serving as a US paratrooper in Afghanistan.

Now, Mercy for Animals is on a mission: get the US government to provide vegan MREs for the military. Frances Chrzan, Federal Policy Manager of Mercy for Animals (MFA), has a plan. MFA has surveyed the military to find out how many are vegan, and whether they want vegan MREs (ready-to-eat meals) when deployed. Most of those surveyed said they wanted that option. So, armed with their report, Chrzan and her colleagues are now lobbying Congress to right this wrong. UnchainedTV’s Jane Velez-Mitchell interviewed both Chrzan and Sgt. Muir to learn about this project. You can read the key points of what they said in this article, and if you want to watch the entire conversation, you can find it here:

Vegan since 1992, former US Army Paratrooper Sgt. Bill Muir (Sgt. Vegan) has an impressive resume: combat veteran, registered nurse, martial artist, vegan chef, and author of several books (Vegan Strong, The Adventures of Sergeant Piggy, and Dead Meat). Having been vegan while serving in combat — and managing to maintain his lifestyle against all odds, he knows a lot about MREs. He explains what these are:

“When you’re deployed or in what we would call the field — which is you’re not in a barracks environment — you’re not able to go to a chow hall, a dining facility. You are basically carrying all your food in, or they drop MREs in for you. They are meals in a bag. Kind of like a survival meal. You’re going to have an entrée and a couple of sides. Currently, there is not a vegan one.”

Sgt. Muir, and current vegan military members, say they are not asking for much. Just to be able to eat, like anyone else.

“In every box of MREs there are already two designated vegetarian options. Let’s make them plant-based. Let’s also make them gluten-free. They would be kosher and halal. If you have some dietary issues, it’s going to be able to fit that. I think that’s going to be great for all service members.”

What the Military Members Said

Frances Chrzan is an attorney who, in 2019, became certified in Animal Law and served as Editor-in-Chief of Lewis & Clark’s Animal Law Review. Following law school in 2019, Chrzan shifted her focus from animal law to animal protection policy and moved to Washington DC. In 2021, she joined Mercy for Animals as the Federal Policy Manager where she now advocates for farmed animals in Congress. Part of her work was to commission a survey of military personnel on vegan meals. She explains:

“Mercy for Animals was interested in engaging in plant-based food procurement on the federal level. In doing background research about a campaign like this, we found a petition from active service members of the US military calling for plant-based MREs. So, we did a survey earlier this year from the end of January to the beginning of February. We surveyed 226 active service members across all branches of the US military, including Space Force, and found that 81% wanted plant-based options. And almost 70% wanted specifically plant-based meals ready to eat.”

Interestingly, 3.5% of the members surveyed were already vegan, and a considerable proportion of the rest wanted plant-based options anyway.

“It’s an individual right issue as well as an animal rights issue, and it’s going to be just better for everybody.” —Sgt. Vegan, author

With this overwhelming support for vegan ready-to-eat meals, MFA took this survey to Congress. Chrzan continues.

“Representative Khanna submitted an amendment to the House Committee report accompanying the House fiscal year 2023 National Defense Authorization Act, requiring the Defense Logistics Agency — a component within the Department of Defense responsible for supporting military personnel —to submit a congressional report by September 2023.”

If passed, this report will look at three separate things: firstly, service members’ opinions on plant-based foods in the military. Secondly, they’re going to do a feasibility study into the actual production and creation of vegan ready-to-eat meals. And, thirdly, they will set out a plan to implement plant-based MREs.

If you want to help, you can write to your representatives via the Mercy for Animals website.

“When individuals respond to surveys like these and Congress listens, that’s generally a really important and powerful aspect of politics”- Frances Chrzan, Mercy for Animals