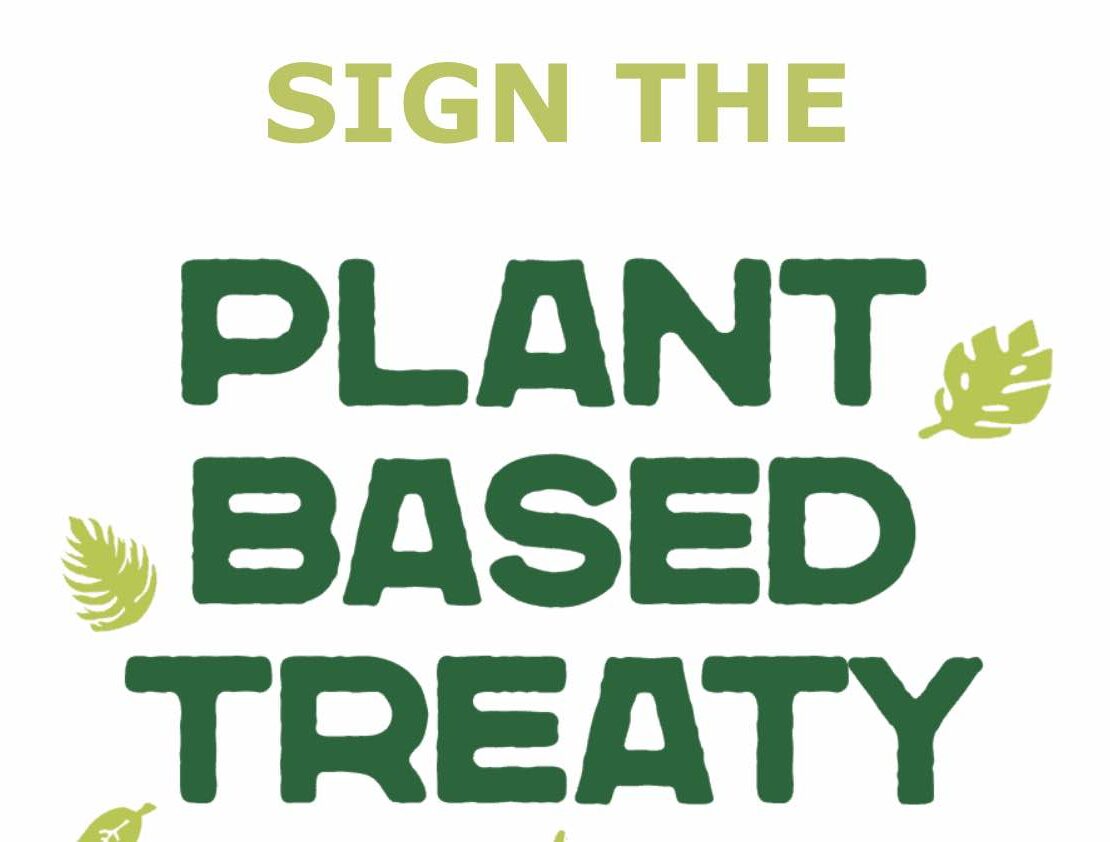 URGE LOS ANGELES TO SIGN THE PLANT BASED TREATY!

LA is on the brink of history! It could become as the first large city in the United States to essentially endorse the Plant Based Treaty! A resolution to that effect has just been introduced to the Los Angeles city council.

Now, you can do your part by urging urging the Los Angeles City Council to vote yes on the resolution. It literally takes one minute to comment. The more comments they get, the more likely the resolution is to pass.

It was LA City Councilman Paul Koretz, long known as a climate progressive and animal lover, who introduced the resolution that requests that the City of Los Angeles endorse the Plant Based Treaty!

If enough people comment, and it passes, this could pave the way for many other cities to follow suit. Remember, LA is where trends start.

This would encourage cities to take a plant based approach to food and food purchasing, making plant based choices a centerpiece of their greenhouse gas emissions policy.

The future of our planet literally depends on us transitioning away from animal agriculture, which is a leading contributor to climate change, as well as habitat destruction, wildlife extinction, human world hunger, human disease, drought, ocean dead zones and water pollution. Governments – local, state and federal – need to acknowledge this reality!

Public comments can be submitted by clicking HERE!

What is the Plant Based Treaty?

The adoption of a Plant Based Treaty as a companion to the UNFCCC/Paris Agreement will put food systems at the heart of combating the climate crisis. The Treaty aims to halt the widespread degradation of critical ecosystems caused by animal agriculture, to promote a shift to healthier, sustainable plant based diets and to actively reverse damage done to planetary functions, ecosystem services and biodiversity.

The Plant Based Treaty has three core principles:

The 3 tenets of the Plant Based Treaty are: RELINQUISH, REDIRECT, RENEW.

HERE IS THE EXACT WORDING OF THE RESOLUTION!

WHEREAS, any official position of the City of Los Angeles, with respect to legislation, rules, regulations or
policies proposed to or pending before a local, state, or federal governmental body or agency must have first
been adopted in the form of a Resolution by the City Council with the concurrence of the Mayor; and
WHEREAS, in the face of quickly-worsening global climate impacts, the City has been increasing its
efforts to reduce greenhouse gas emissions across all sectors; and
WHEREAS, the rapid, strong, and sustained reduction in three greenhouse gasses, namely Carbon
Dioxide, Methane, and Nitrous Oxide, along with zero deforestation, is a climate imperative; and
WHEREAS, between 2014 and 2019 there has been faster growth of atmospheric concentrations of
methane; growth since 2007 is largely driven by emissions from fossil fuels and agriculture, with at least
30% of methane emissions attributed to animal agriculture; and
WHEREAS, scenarios modeled in the United Nations Intergovernmental Panel on Climate Change 6th
assessment suggest rapid cuts of 75% to methane are required to stay within 1.5C; and
WHEREAS, data derived from the IPCC 2014 5th assessment reveals animal agriculture emissions as
35% of energy production, a figure which excludes deforestation emissions attributed to the growing of
crops for farmed animals.
WHEREAS, the 2019 Land Use report by Ritchie, H. and Roser, M., calculated that 78% of farmland is
used to farm animals yet supplies just 18% of global calories and 37% of protein; and
WHEREAS, the City has committed to help mitigate the climate, ocean, and biodiversity crisis by addressing
the food system, including promoting the benefits of locally grown plant-based foods;

On October 18, 2022, Los Angeles City Council unanimously endorsed the Plant Based Treaty in response to the climate emergency. Councilmember Paul Koretz introduced the resolution with Councilmember Marqueece Harris-Dawson on September 6. The decision was made just ahead of the annual C40 World Mayors Summit, which convenes October 19-21 in Buenos Aires, Argentina.

“LA is historically known to lead the nation in environmental trends,” said Jane Velez-Mitchell. “What happens in LA spreads to the rest of the world.”