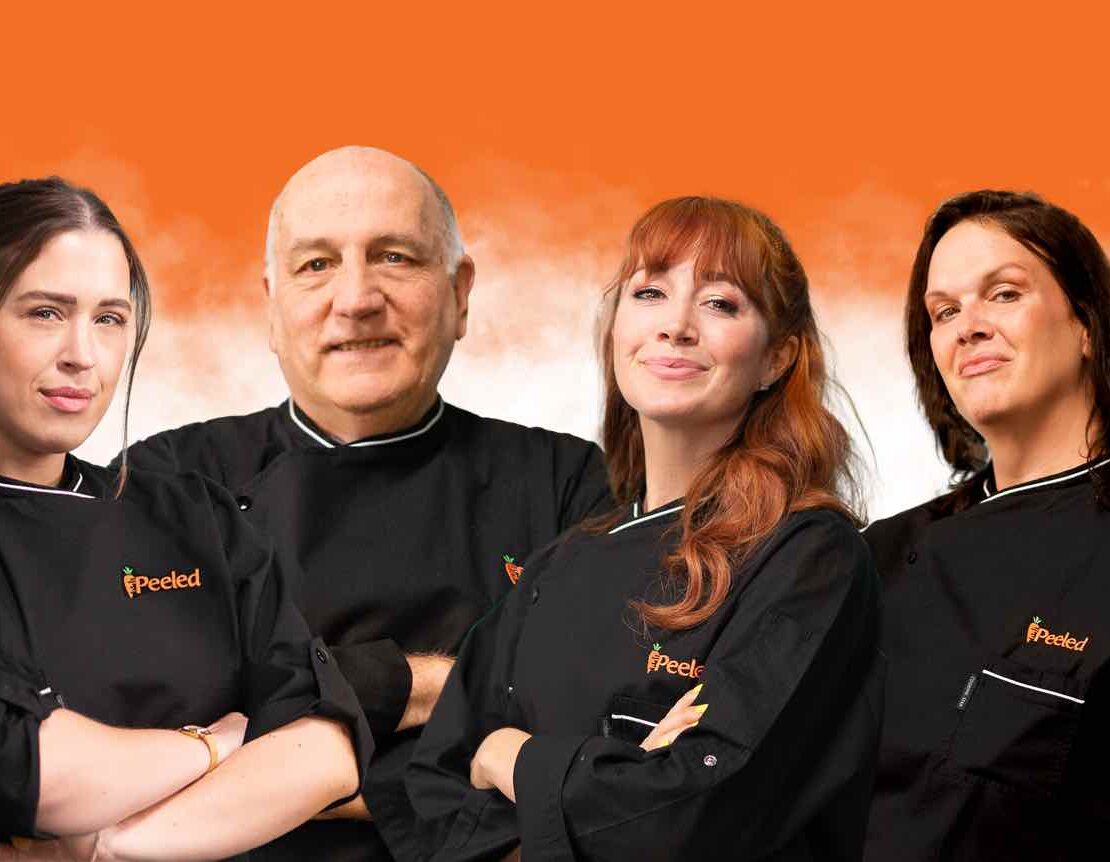 PEELED is making history!  The world’s first all-vegan cooking competition features an all-vegan cast and crew from production assistants to EPs! It will premiere on the UnchainedTV global streaming network September 24th!

PEELED: A WIN, WIN, WIN…Even Though Somebody Has to Lose!

“This show is a win, win, win,” said Jane Velez-Mitchell, Founder/CEO of UnchainedTV. “The competition is wildly fun to watch! It also teaches people how to cook vegan! And, it advances interest in compassionate, healthy, low-carbon-footprint lifestyle choices.”

Speaking of winning, UnchainedTV is running an Instagram contest right now. You can win two VIP tickets to the premiere at LA’s prestigious Directors Guild theater, plus a gift bag. Just go to Unchained_TV Instagram and “follow” us. Then, click on your phone’s APP store and download the UnchainedTV APP.  It’s 100% FREE and you don’t have to put in your email. It takes less than a minute. Then, comment on the contest’s IG post and tag 2 friends! Done in under 2 minutes. Good luck!

Who Is the Hottest Vegan Chef? Find Out On PEELED!

Four of the world’s top vegan chefs cook up a storm to raise money for worthy causes while competing to impress four hard-to-please celebrity judges. In the end, only one contestant will be named “Hottest Vegan Chef” and win a chance to have their winning dessert featured by the international vegan restaurant chain, The Copper Branch.

Leading the panel of celebrity judges is Chef Josie Clemens, who gained fame as the first vegan chef to

Created by vegan advocate and Vkind founder Star Simmons, PEELED™ seeks to meet the demand for cooking shows that feature innovative, Michelin-worthy, plant-based cuisine. The show is the first of its kind to embody vegan principles both on screen and behind the scenes, with an all-vegan cast, producers and creative team.

It’s About Time We Had a 100% Vegan Cooking Show from Gaffers to Stars!

“I started UnchainedTV to reach the many millions of people out there who are desperately looking for ways to be part of the solution to save the planet. Peeled is precisely what they need and want.”

The PEELED™ Red Carpet Premiere begins at 4:00 p.m. on Saturday, Sept. 24th at the Director’s Guild of America in Los Angeles, CA at 7920 Sunset Blvd.

Remember to enter that contest. You