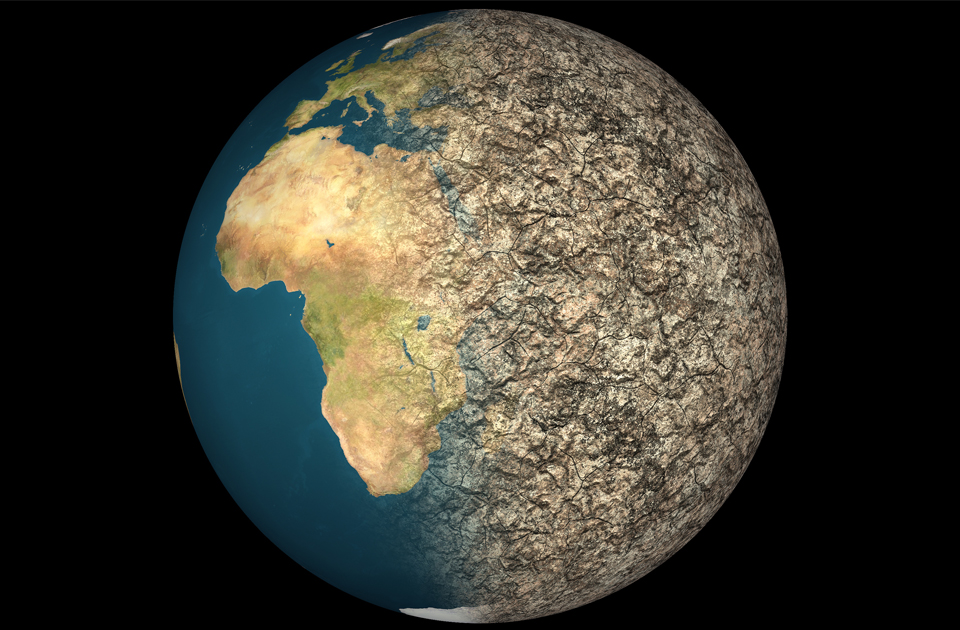 The report titled Climate Change 2022; Mitigation of Climate Change, published in early April 2022 by the UN’s Intergovernmental Panel on Climate Change (IPCC), is the strongest to date. It makes a case for the urgency to severely reduce humanity’s emissions of greenhouse gases. And it spells out how to achieve this. One of the major mitigation actions they suggest is to reduce the demand for meat, together with drastic cuts in fossil fuels and growing new forests.

The report reveals that the global emissions are on track to pass the 1.5 degrees C warming limit envisioned in the 2015 Paris Agreement and reach some 3.2 degrees C by the end of the century. It says that only severe emissions cuts in this decade across all sectors, from agriculture and transport to energy and buildings, can turn things around. But that would not be enough. Governments also would need to plant more trees and develop new technologies to remove CO2 from the atmosphere.

Antonio Guterres, UN’s Secretary-General, said “We left COP26 in Glasgow with a naive optimism, based on new promises and commitments but current climate pledges would (still) mean a 14% increase in emissions. And most major emitters are not taking the steps needed to fulfil even these inadequate promises.”

The report, approved by all 195 countries that signed the Paris Agreement and compiled by 278 authors from 65 countries, states that emissions must peak by 2025 to prevent disastrous climate change effects.

Reduce the Demand is Key

The new report uniquely highlights a need to cut consumer demand for products that cause greenhouse emissions. Jason Hickel, an anthropologist from the London School of Economics, said the following: “Most people assumed that demand reduction could be accomplished through efficiency improvements, but the evidence we have now suggests that will not be enough in and of itself.”

Daniel Quiggin, an environmental researcher at the UK policy institute Chatham House, said to Reuters, “Accepting a lower consumption lifestyle is almost the only fast-acting policy move we have left to prevent the disastrous impacts of climate change…A decade ago, demand reduction was ‘politically unpalatable,’ but now, with both the pandemic and the Russia-Ukraine crisis, we’re seeing … the beginning of political willingness. When people truly appreciate the scale of a crisis and the problems it can create, they are willing to reduce consumption.”

However, most mainstream media assumes all this talk about asking to reduce the demand only refers to energy consumption. It doesn’t. It refers to any activity that emits greenhouse gases. Therefore, we need to reduce the demand for foods that emit the most, and these are not only meat but also any other animal products, including dairy and eggs.

The Animal Agriculture Contribution to the Climate Crisis

In 2018, the UN put the animal agriculture contributions at 14.5% but some experts think this is an underestimation. The Worldwatch Institute, a Washington D.C. environmental think-tank, reported that livestock emissions account for 51% of greenhouse gases. In a 2021 paper published in the Journal of Ecological Society, Dr Sailesh Rao, founder and Executive Director of Climate Healers, puts it at 87%. He claims that the UN underestimated its figures by not basing them on cumulative emissions, using a 100-year time frame for calculating the CO2 equivalence of methane, ignoring the aerosol cooling effects, and counting the transport of animal products as transport emissions rather than emissions from animal agriculture. He also notes that the UN gets its data from the Food and Agricultural Organization (FAO), which has partnered with the International Meat Secretariat and the International Dairy Federation.

“We know, and the research confirms, that in all aspects, organic agriculture, mixed with hedgerows and woodlots, is the best form of agriculture. So, definitively we have to switch our agriculture because modern agriculture is a huge emitter of greenhouse gases” -Peter Carter, M.D, IPCC Reviewer

What Does the Report Say About Reducing Demand in Diet?

This is what the Summary for Policymakers of the report says regarding agriculture and diet:

“Mitigation options, when sustainably implemented, can deliver large-scale GHG emission reductions and enhanced removals, but cannot fully compensate for delayed action in other sectors. In addition, sustainably sourced agricultural and forest products can be used instead of more GHG intensive products in other sectors.”

“Demand-side and material substitution measures, such as shifting to balanced, sustainable healthy diets [FOOTNOTE 62], reducing food loss and waste, and using bio-materials, can contribute 2.1 [1.1-3.6]GtCO2-eq yr-1 reduction. In addition, demand-side measures together with the sustainable intensification of agriculture can reduce ecosystem conversion and CH4 and N2O emissions, and free-up land for reforestation and restoration, and the producing of renewable energy.”

“FOOTNOTE 62: ‘Sustainable healthy diets’ promote all dimensions of individuals’ health and wellbeing; have low environmental pressure and impact; are accessible, affordable, safe and equitable; and are culturally acceptable, as described in FAO and WHO. The related concept of balanced diets refers to diets that feature plant-based foods, such as those based on coarse grains, legumes, fruits and vegetables, nuts and seeds, and animal-sourced food produced in resilient, sustainable and low-GHG emission systems, as described in SRCCL.”

The demand reduction this IPCC report seeks implies a reduction in the demand for animal products in food because meat alternatives, namely vegan and plant-based products, emit much less CO2 and methane. Therefore, a shift towards plant-based agriculture (especially emphasizing Regenerative Veganic Agriculture) — which is essentially a move towards a vegan world — should be what this demand reduction leads to.

However, among the 2923 pages of the report, we can only find the word vegan seven times. Perhaps the association between the concept of veganism and the animal suffering it tries to reduce has prevented the authors from seeing its potential as a systemic coherent solution. A global shift to a vegan culture would address a significant proportion of the climate crises and also solve many other problems at the same time. It’s almost as if ethical solutions are seen as secondary to technical solutions — which may be an effect of the professions of the report’s authors.

One of the times the report mentions the word vegan is in a table on page 804 summarizing long-term scenarios aimed at minimizing service-level energy and resource demand as a central mitigation tenet. It quotes the EU-27 lifestyle change – enthusiastic profile involving a vegan diet, shifting to cycling and public transport as some of the key demand reduction measures considered (with a 16% CO2 mitigation potential).

“We need to talk about animal agriculture. We are on track to reach 1.5C warming around 2030 and 2C by 2040 and we must focus on solutions, such as the Plant Based Treaty and Fossil Fuel Treaty, to meet our obligations under the Paris Agreement”– Nicola Harris, communications director for the Plant Based Treaty Initiative

In the mention on page 1241, we find an entire chapter about a shift to sustainable healthy diets.  This contains interesting references. For instance, Poore and Nemecek (2018) revealed that shifting towards diets that exclude animal-source food could reduce land use by 3.1 billion ha. Ivanova et al. (2020) found mitigation potentials of 0.4-2.1 tCO2-eq capita-1 for a vegan diet and of 0.01-1.5 for a vegetarian diet. Sounds complicated. But, the bottom line is… vegan meals have a much lower carbon footprint.

Despite the disappointment of many vegans for not seeing the word vegan used more often in the report, it discusses the concept throughout. We can see the term plant-based mentioned 58 times. In the previous report about Impacts, Adaptation and Vulnerability, and the one before that on the Physical Science Basis, the word vegan was not mentioned even once. But, in the latter, there was a lot of talk about methane.  This gas is responsible for almost a quarter of global warming because its impact is 84 times higher than CO2 over 20 years.  And most of it comes from the animal agriculture industry, in particular from enteric fermentation and animal manure. Therefore, we expect that in future reports, the vegan solution, in name or spirit, will become more explicit.

“If we change towards a plant-based diet, we can save up to 8 billion tonnes of CO2 every single year. We can feed ourselves on much less land, and Nature could recover.”– Greta Thunberg, climate activist

Wait! My Fruit May Not Be Vegan?