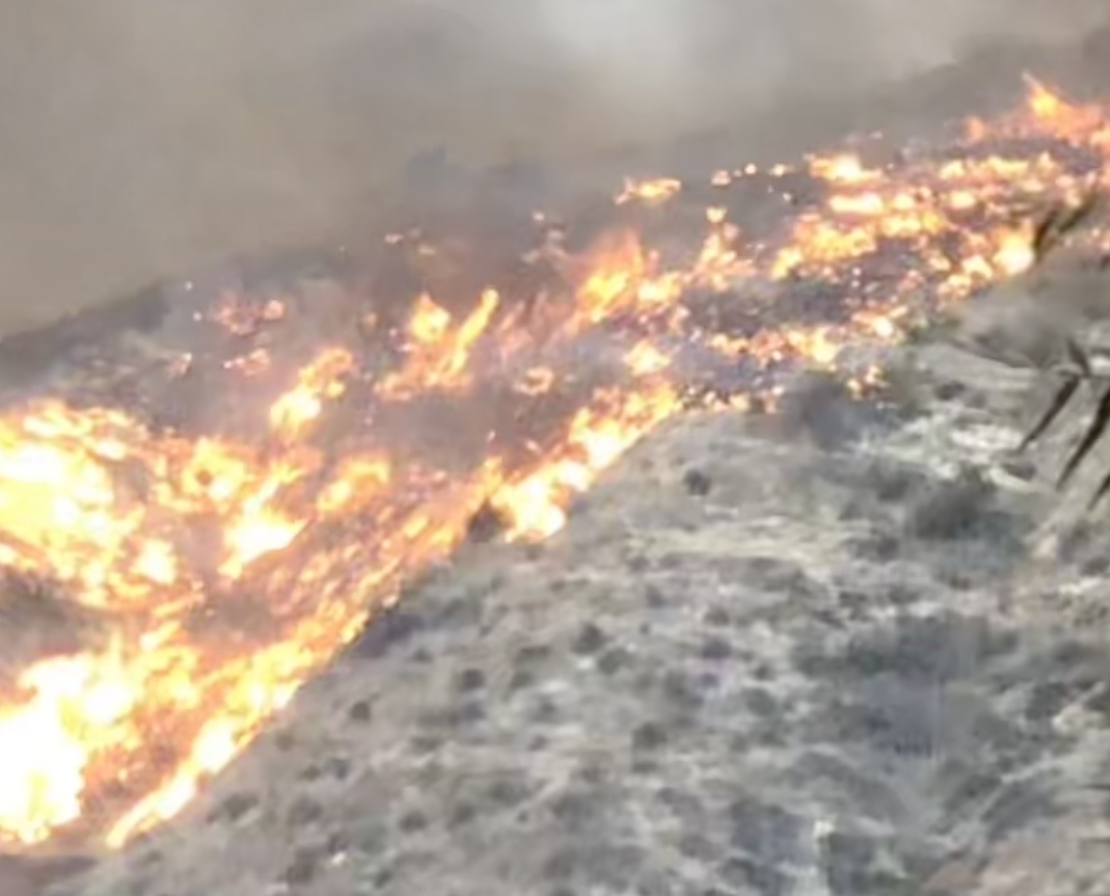 In November 2020, Roger Hallam, one of the founders of Extinction Rebellion, interviewed climate expert Dr Peter Carter. JaneUnChained editor Jane Velez-Mitchel asked me to review the 40-minute abridged video of this interview, as I did with Greta Thunberg’s latest film. It was a Climate Emergency reality check. I was struck by the boldness and clarity of its message. I felt a bunch of mixed feelings, a combination of disenchantment and hope. I would like others who care about the world to listen to his shocking and, yes, terrifying message. Bottom line: we are running out of time.

This Video Shook Me to My Bones!

This article is a summary of this interview. I selected a few highlights and then described the impression they left me with. At the end of this article, you can find the abridged video titled “We’re looking at Billions of People not being able to Survive”. The one-and-a-half-hour full interview, titled ”Roger Hallam in discussion with Peter Carter, M.D. | Extinction Rebellion UK”, is also available. I recommend you watch the full video, as he goes into many more illuminating details. This may be the most crucial story of our lifetimes, and not enough people are talking about it.

Who is Dr Peter Carter?

Peter Carter, M.D. is a retired family physician who practiced medicine in England and Canada for almost 40 years. He became involved in peace, environmental and sustainable development, founding CAPE (Canadian Association of Physicians for the Environment). More recently, he founded the Climate Emergency Institute.  He has given many talks around the world on sustainable development, biodiversity, environmental health policy, oceans, and climate change.

Dr Carter was an expert reviewer for the Intergovernmental Panel on Climate Change (IPCC) Fifth Climate Change Assessment (AR5, 2014) and the IPCC’s 2018 Special Report on 1.5ºC. He is currently reviewing the IPCC’s sixth assessment. This means he is close to the frontline where the world’s top scientists are studying what we are doing to our planet. In 2018, Peter co-authored, with Elizabeth Woodworth, the book  Unprecedented Crime: Climate Science Denial and Game Changers for Survival.  For me, all this makes him a climate expert. As a scientist myself, I want to listen to what he has to say. He is also vegan and, when you listen to his talk, you will understand why diet is the most crucial tool in combating climate change.

In the first minutes of the interview, Dr Carter paints a somber picture of what is going on:

Two intergovernmental international organizations are looking at the climate crisis: The United Nations’ Framework Convention on Climate Change (UNFCC), and the UN Climate Secretariat. The latter organizes the annual conferences of the parties to the UN convention. In theory, they should keep concentrations of atmospheric greenhouse gases within a safe limit. But this is what Dr Carter tells us they are doing now:

“The whole process has increasingly become a process not to respond to the climate emergency, but of delaying any response at all. This is of course largely due to the influence of powerful big economy nations who have worked for all these years to sabotage these conferences.”

Here are the sobering facts about today’s global warming, explained in a very clear way:

“It is generally acknowledged that 2ºC (temperature) is an out-of-the-question catastrophe. So, the scientist all switched, and I commend them for it. It’s great to see they all got together and agreed that the danger limit is 1.5 ºC. Today we are at 1.3ºC.”

Buckle up because it gets worse before it gets better. He continues:

“A world of 1.5 ºC is a disastrous world. No question. 2 ºC is an impossible world. The scientists acknowledged earlier in the year that global surface heating is accelerating. Catastrophic climate change is today. (…) Recent research just published a couple of weeks ago: atmospheric CO2 is the highest in 23 million years. That’s insane! (…) That is 100 to 200 times faster than happens naturally.”

The Arctic is not doing well either:

“The NOAA (The US National Oceanic and Atmospheric Administration) publishes an Arctic report card every year. In 2016 (shocking, it was not picked up by the media), they said, with a long chapter with great illustrations, that the arctic permafrost (…) has switched the Arctic from a Carbon sink to a Carbon source. So, this is Earth’s catastrophe news.”

Most of these fires are to clear land to grow crops to feed farm animals or to create cattle grazing land.

There is probably a spectrum of pessimism among climate scientists, and perhaps Dr Carter is at one end of it. But, action based on the worst scenario is the prudent response.

When looking at the consequences of this increase of temperature, Dr Carter does not hold back:

“It’s now the survival of our children. Not of our grandchildren anymore… This is now an existential threat. That’s a threat to our survival, that’s what this is… If we continue to emit, there is no question about what’s going to happen. The Earth is going to become an intolerable place to live in, with intolerable heat waves. But those heatwaves won’t just be intolerable. They will trash our crops.”

As a vegan, I care about all sentient life. As an environmentalist, I care about all ecosystems and their inhabitants. However, other people may not. But, unless they are trapped in a misanthropic black hole, they should at least care about humanity, or about their own families. Global heating will not spare anyone, as Dr Carter explains:

“In scientific terms, as I put it, all the accelerating data trends together result in a trend that the biosphere is in a state of collapse. That means that the human species (although there’s a heck of a lot of us, and although we still live on a beautiful planet) … that means that nature is not going to support us.”

But Dr Carter tells us the situation is not hopeless. There is something that can be done. There is a solution.

“The Human race is in a crossroads. We are looking at what was described as the worse possible future, or the best possible future… We are not only robbing our children of a decent life, but we are robbing them of what I call a golden age.  You don’t’ have to have much imagination to think about a world in which there is no fossil fuel energy. No fossil fuel pollution. It’s all clean renewable energy.”

“Plus, we are not slaughtering billions of other animals and eating them. We are not doing that. We are growing the best nutritious healthy plants… It’s easier to be a vegan now… This world, which should be our human destiny, is a golden glorious world…. because we are not polluting the planet, we are not poisoning the oceans anymore. The Earth is recovering, the Earth is replenishing. The Earth is becoming rich again.”

“We know, and the research confirms, that in all aspects, organic agriculture, mixed with hedgerows and woodlots, is the best form of agriculture. So, definitively we have to switch our agriculture. Because modern agriculture is a huge emitter of greenhouse gases”

The solution is there for all to see. Dr Carter spells it out for everyone:

“The most effective, definitively effective, immediately effective, readily doable action that everybody in the world can do is go vegan. In theory, we could all do that. If we do that, emissions will drop immediately.”

If we collectively switched to a plant-based society, we could reforest all that cattle grazing land and other land used for animal agriculture.  Those renewed forests would immediately begin to absorb greenhouse gases, thereby lowering the earth’s temperature. Although Extinction Rebellion advocates for civil disobedience, I would hope that people also rebelled against carnist indoctrination and complacency. We need to rebel against that inner voice that tells us the climate crisis is not our fault, or that it is too late to change. The solution is within each and every one of us. No point to waste time blaming others. Let’s all look in the mirror. Let’s all go plant-based if only to save our own skin. It’s that crucial.

Watching the video, I felt as if Dr Carter was being a physician again, but now looking at the planet Earth as his patient. And I feel he was talking to us, the rest of humans, as the parents who brought the sick planet to him looking for treatment. He told us straight: it’s our fault. It’s what we are doing to the planet, and if we want it cured, we should stop doing it. There is no miraculous pill for it. It’s all on us. We must stop harming the planet right now.

There is only one planet for us, and there is one solution for all. We can turn the climate crisis around. Veganism is our best hope.

IT’S A VEGAN SNACK ATTACK WITH THESE 10 MUST TRY VEGAN SNACKS! June ’21 Edition