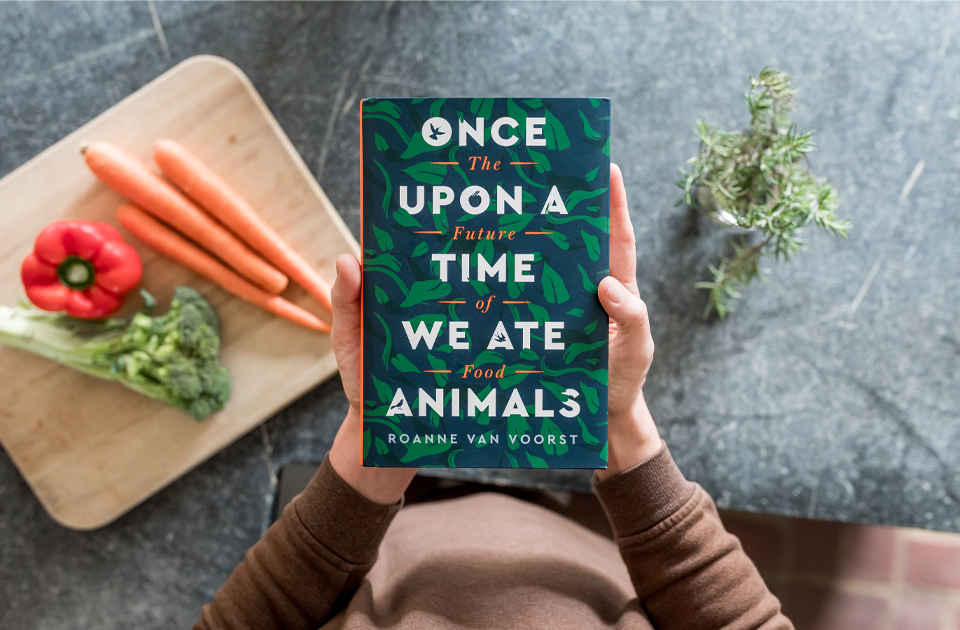 Dr. Roanne van Voorst’s book, Once Upon a Time We Ate Animals, gives us a compelling glimpse into a meatless future

Los Angeles, November 3rd, 2022, 2:30 pm — Would you like to see a meatless future? Before you can achieve something, it helps to first visualize and articulate it. State your intention! This is what the book Once Upon a Time We Ate Animals: The Future of Food, authored by the Dutch anthropologist Dr Roanne van Voorst, does with remarkable skill.

Back to the Future?

This ingenious book places us in the future looking back.  It allows us to get comfortable with a world in which most people no longer kill animals for food, clothing, experiments, hunting or anything else. UnchainedTV’s Jane Velez-Mitchell had a conversation with Dr van Voorst to learn more about her book, which will likely inspire people to try vegan  and also fill vegan activists with hope. You can watch the entire conversation below. (Photo by Iñigo De la Maza on Unsplash)

Dr Roanne van Voorst is a futures-anthropologist, author, and president of the Dutch Future Society. She obtained her PhD in 2014 and is currently affiliated with the University of Amsterdam. As an anthropologist of the future, her core research focuses on what she has coined sustainable humanity. She explains how she changed her lifestyle while researching the future of food, which led her to write Once Upon a Time We Ate Animals:

“I wasn’t a vegan when I started writing this book. This was just for my anthropological research. I wanted to investigate the future of food. But then I learned so much that I could no longer ignore it. I am a vegan now.”

Dr. van Voorst realized that something was missing in the conversation about changing the current paradigm and – because there was a piece of the puzzle that was being ignored – a lot of people were feeling powerless and hopeless.

“I do believe that if you’re hopeless, if you don’t have any clue about how something could change, then, you’re not going to act.”

“If you look at the realistic state of the world at this moment, yes, there’s still a lot of meat-eating. But, you also see that the youngsters, especially, are changing their consuming and eating behavior.”- Dr. Roanne van Voorst, Anthropologist

A Book That Visualizes the Vegan World

By showing that many of the changes needed are already happening, the world described in Once Upon a Time We Ate Animals is no longer just a utopian fantasy. It’s a plausible, tantalizing description of humanity in a not-too-distant future. Dr. van Voorst explains further:

Since its release, the book has been published in five different languages. Dr. van Voorst hopes that it will motivate others to act towards building the vegan world:

“I thought…  we’re only going to act if you can foresee, if you can literally visualize a world that is already different than the one that we’re living in now. I decided to sketch that future scenario.”

“I think ‘hope’ has a bad image nowadays…I think that perhaps ‘hope’ is a different word for ‘maybe’” – Dr. Roanne van Voorst, Anthropologist

Velez-Mitchell often asks her guests about the tipping point. When will society finally accept that the old paradigm is toxic and that a vegan world is what’s needed to avoid a climate apocalypse? However, she’s hardly ever had such a specific answer as the one Dr. van Voorst gave her:

“I talk about a big important tipping point will be in 10 to 15 years from now… I think that there needs to be a cultural change, and that takes a bit of time, I’m afraid. But let’s keep it to ten years.”

She also talks about the numbers shifting to the vegan lifestyle:

“We have very exciting research that shows you need about 30%. That’s a real tipping point. If that happens, the majority follows. So, that’s 30% of pioneers. Now, when do you get to that tipping point? You get there from another tipping point called 3%.”

Research suggests that, once you have at least 3% of people passionately espousing  a radical idea, then getting to 30% does not take that long. That happens because, although people don’t like change, they really hate being left behind. The good thing is that, in many countries, we are not that far from 3% of the population being ethical vegans. That should give us hope.

“We are pretty close to that ripple effect. We are not there, but we’re close. And the younger generation is quicker than we are.” – Dr. Roanne van Voorst, Anthropologist