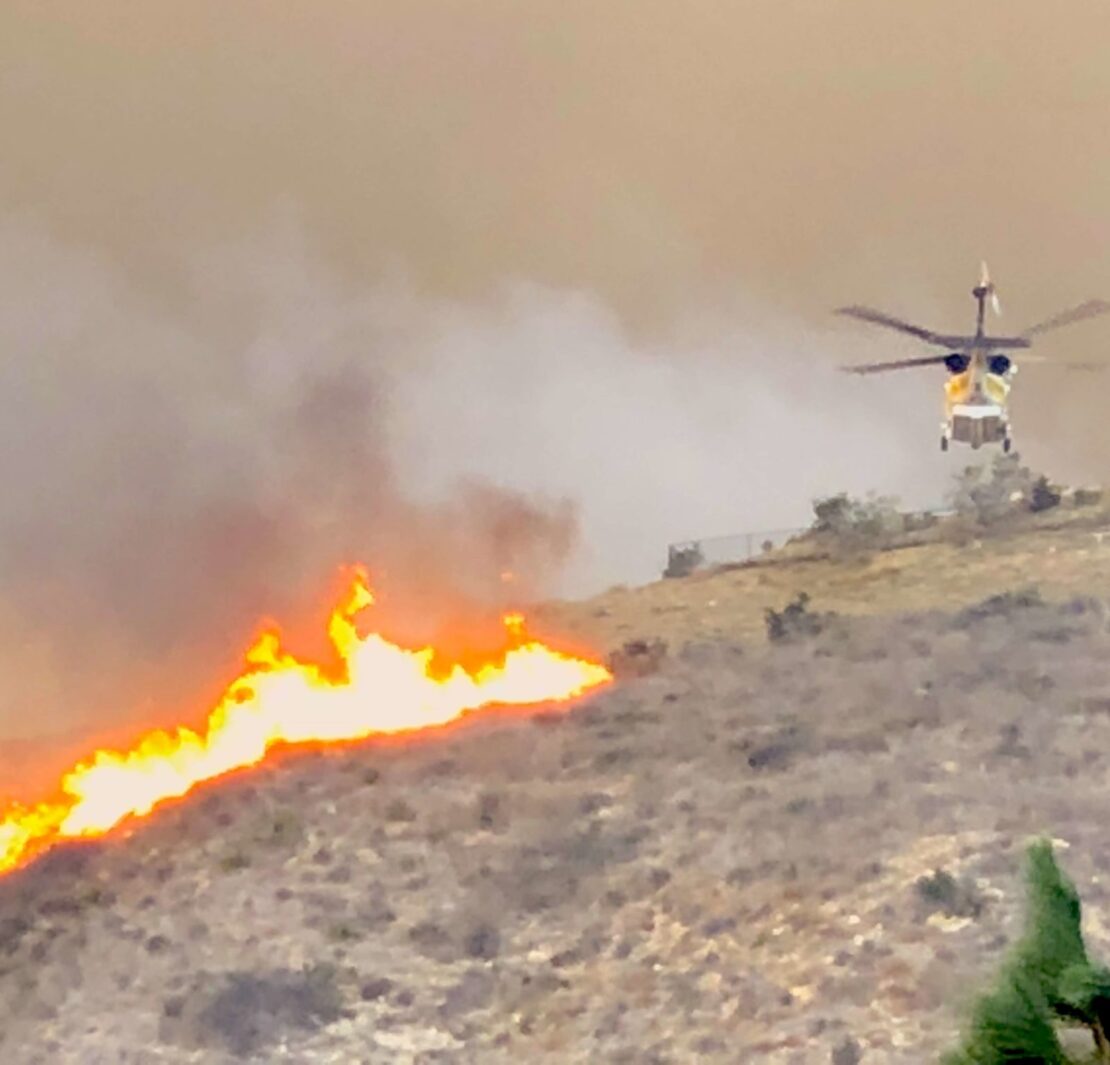 The Earth Is in Trouble: Going Vegan Is the Solution!

Very few of us are actually going to read the acronym-filled 3,949 page report issued on Monday, August 9th, 2021 by the UN’s Intergovernmental Panel on Climate Change, entitled Climate Change 2021: The Physical Science Basis. But, if we read between the lines, it offers a solution to climate change that is being widely ignored: end animal agriculture and go vegan en masse.

In the IPCC tome, more than 100 top scientists from many countries warn us that it’s code red for humanity. The climate crisis is real, we caused it, and it’s getting worse. And, while virtually all the mainstream news media ignored one crucial aspect of the report, it did say that animal agriculture is a considerable contributor to the problem. Whereas animal agriculture is a big part of the climate crisis, wherefore going vegan en masse is a climate solution.

This is the sixth comprehensive report the IPCC has produced since its creation in 1988, and they all show the same picture. Human-made activities create greenhouse gases that are heating the planet and dramatically changing its climate.  Each assessment report shows more evidence of it, and how the problem is getting worse. The main key points of this one are as follows.

The report also emphasizes the role of another important greenhouse gas: METHANE.  Animal agriculture is one of the major producers of it.

Emissions of methane (CH4) are a major problem. This is one of the five takeaways from the IPCC’s 2021 report! Kudos to Climate Home News for being one of the rare news organizations to lay out the methane threat. The story points out that, “For the first time, the IPCC has dedicated an entire chapter to “short-lived climate forcers” such as aerosols, particulate matter, and methane… The (report’s) authors state that a strong and rapid reduction in methane emissions would not only curb global warming but also improve air quality… Despite its global warming impact, methane has received far less attention than CO2 and is not included in most countries’ climate pledges.”

The Climate Home News article goes on to quote Richard Black, senior associate at the Energy and Climate Intelligence Unit (ECIU) as saying, “A sharp reduction in methane would give you a short-term win, but it has largely been ignored by governments to date, all the focus has been on CO2 net-zero targets.”

Methane Levels are Now Higher Than at Any Point in the Past 800,000 years!

Methane is responsible for almost a quarter of global warming because its impact is 84 times higher than CO2 over 20 years. Hello? Wake Up?

The terrifying IPCC report cites credible sources which note, “… a resumption of atmospheric methane concentration growth since 2007… a faster growth over 2014–2019 and … growth since 2007 to be largely driven by emissions from the fossil fuels and agriculture (dominated by livestock) sectors.”

‘WE ARE DROWNING IN ANIMAL SH*%!

EDITORS NOTE REGARDING THE FOLLOWING IPCC REPORT QUOTE: READ BETWEEN THE LINES HERE, EVEN THOUGH THEY MAKE IT AS HARD AS POSSIBLE TO UNDERSTAND. THE MANURE OF 80 BILLION LAND ANIMALS BRED AND KILLED EVERY YEAR IS CAUSING A LOT OF METHANE!

“In the agriculture and waste sectors (Table 5.2), livestock production has the largest emission source (109 Tg yr in 2008–2017) dominated by enteric fermentation by about 90%. Methane is formed during the storage of manure, when anoxic conditions are developed (Hristov et al., 2013). Emissions from enteric fermentation and manure have increased gradually from about 87 Tg yr in 1990–1999 to 109 Tg yr in 2008–2017 mainly due to the increase in global total animal numbers.”

Durwood Zaelke, president of the Institute for Governance and Sustainable Development, said to The Guardian: “Cutting methane is the biggest opportunity to slow warming between now and 2040. Climate change is like a marathon — we need to stay in the race. Cutting carbon dioxide will not lead to cooling in the next 10 years, and beyond that our ability to tackle climate change will be so severely compromised that we will not be able to run on. Cutting methane gives us time.”

The Upcoming COP26: An Opportunity to Tell the Truth!

In 2015, the Paris climate agreement aimed to keep the rise in global temperatures well below 2C this century and to pursue efforts to keep it under 1.5C. This new report concludes, that under all the scenarios considered, both targets will be broken this century… unless huge cuts in carbon and methane take place.

As predicted in the IPCC’s special report on 1.5C in 2018, scientists have now confirmed this temperature will be reached by 2040. Respected IPCC reviewer and climate expert Dr. Peter Carter recently confirmed this during an interview with Extinction Rebellion’s Roger Hallam we wrote about.

In three months, there will be a key climate summit in Glasgow known as COP26. We know what needs doing, and I hope politicians and the news media seriously commit to doing it. There are two basic things humanity needs to do: stop emitting greenhouse gases (CO2, methane, etc.), and increase the capture, sequestration, and storage of atmospheric CO2. Two major systemic changes can achieve both: stopping animal agriculture and fossil fuel extraction, and replacing them with Regenerative Veganic Agriculture and sustainable energy sources (such as wind, solar, geothermal, and wave). We already have all this technology. We only need the political and commercial will to use it in a meaningful way.

There have been major advances in the energy sector. For instance, renewables provided a record 43% of the UK’s electricity in 2020. Or the EU proposing a ban for new fossil-fuel cars from 2035. However, in the agriculture sector, we are still stuck on 20th century inefficient and cruel practices.

If we combine veganic agriculture with rewilding, we can stop the heat tsunami while still being able to feed everyone in the world.

The news media generally just reflects the popular and lazy assumptions of the day. Mainstream news reports have even casually admitted we could reverse climate change by all going vegan, while adding, we can’t expect people to do that. Why not? Many millions of people across the globe are already vegan and living healthier lives.

We All Need to Act

People will always look up for excuses not to act. Why should the government listen to environmentalists who are still consuming animal products and driving polluting vehicles to their protests? Why must citizens give up cheese when they see politicians eating it during the breaks of their climate crises meetings? #Timesup for excuses, for using someone else’s hypocrisy as an excuse for not doing the right thing yourself. We should all look at our choices in terms of the negative footprint those actions have on the planet and its inhabitants.  Our most impactful choice is what we choose to eat.  Breeding and killing 80 billion land animals for food every year is simply not sustainable. Planet slaughterhouse must be turned into planet compassion and soon.

The Answer to The Climate Crisis: Go Vegan!

If only there was a coherent, well-developed philosophy that could help us to achieve this! Oh, wait, there is one. It’s called veganism.

It’s easier than you think. As individuals, the only thing we have to do is to become ethical vegans. This means to uphold the philosophy of veganism as defined by the Vegan Society (which already covers the environment, and not only deals with diet). And then, we should manifest such philosophy in our lifestyle by applying it to every aspect of our lives. If you do not know how to do it, you can ask other ethical vegans and they will tell you. Most likely, there is going to be a vegan not too far from where you are eager to help you. And if not, there are books, websites, documentaries, podcasts, videos, online groups and all sorts of other resources for you to explore and learn.

The process of reducing your negative footprint doesn’t end with becoming vegan. In fact, it begins with it and never ends.

Helping Others to Go Vegan for Climate

If all vegans help everyone else to become ethical vegans as soon as possible, we can get there. Eventually, we will have enough entrepreneurs, investors, civil servants, journalists, and politicians who are vegan too. They can then devise affordable products, progressive policies and caring services to accelerate the systemic change towards the vegan world. And all these can become mainstream when we achieve a critical mass of vegan voters and consumers. Veganism, which includes environmentalism, is the answer. The vegan world is the solution.

Spice Up Your Life With Vegan Curry!