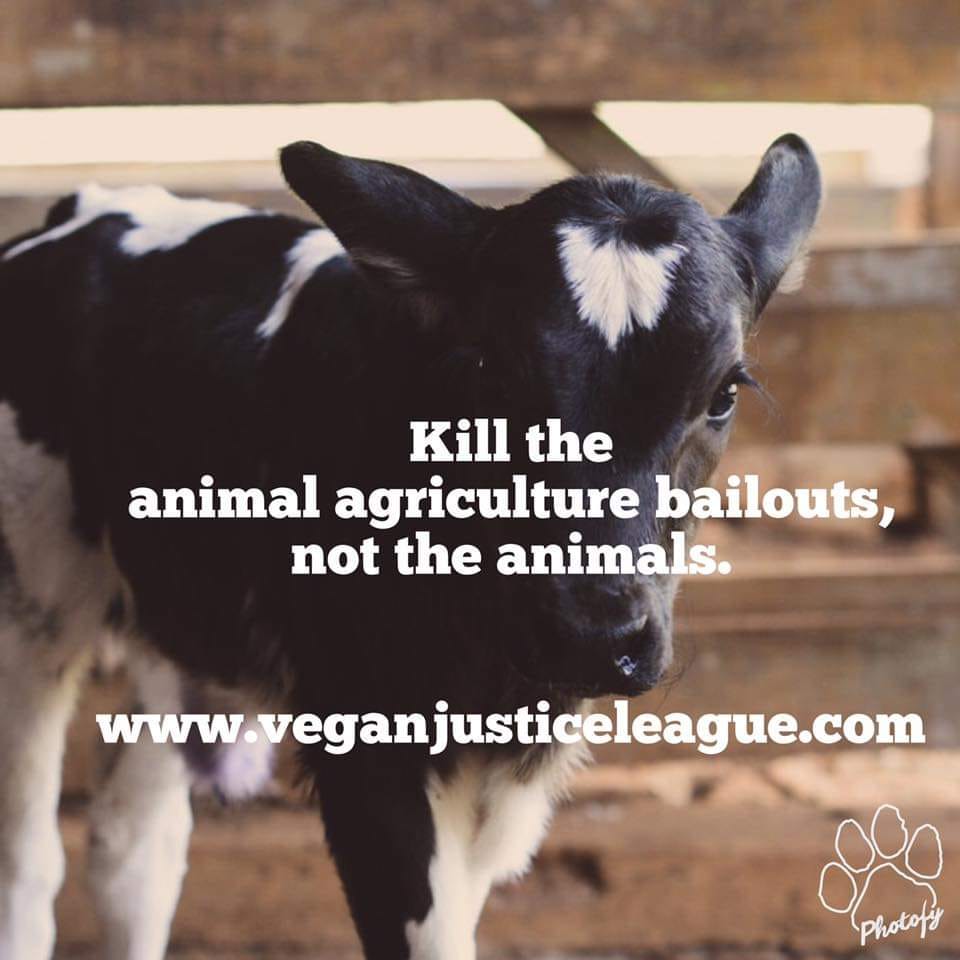 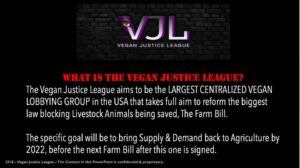 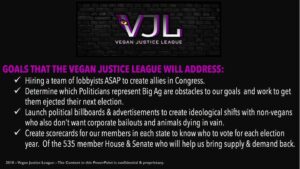 Connie started the project about six months ago. She has been very proactive in the activism community. She uses “the batman light” to spread vegan messages by beaming them on structures. She says the next step is to hire lobbyists to help fight for veganism in Congress. The movement towards compassion needs to gain its footing in the political sphere. We’ve defeated poison pill legislation like The King Amendment, which would have stripped many farm animal protections under the Farm Bill. Still, the biggest problem is that the Farm Bill forces taxpayers to subsidize meat/dairy corporations to the tune of billions of dollars, undercutting supply and demand and the meteoric rise of veganism. The Food Industrial Complex is set up so that it cannot fail because the government is paying for them to succeed no matter what.

Jane explains that our planet CAN fail. Animal agriculture is one of the leading contributors to climate change and the top cause of the accelerating extinction of wild vertebrates. The USDA  restocks farm animals – considered “live inventory” -when they are abandoned in warehouses and left to drown in a natural disaster. The Farm Bill is outdated and the enemy of change. It is time for the vegan, animal rights community to mobilize and we need to do this quickly. We are running out of time and we are running out of natural resources due to the greed of big corporations. Please donate to The Vegan Justice League if you want to be a part of the solution. Let’s save this planet by demanding change from the highest levels of government! 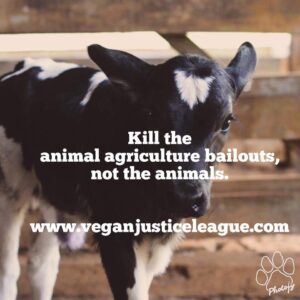 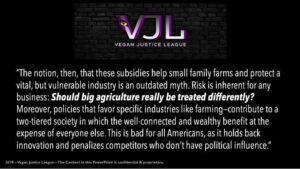 We invite any business or industry representatives to comment at any time. 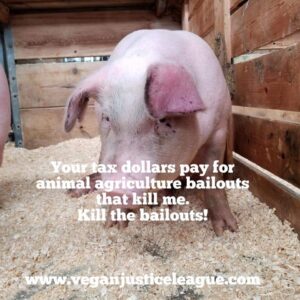 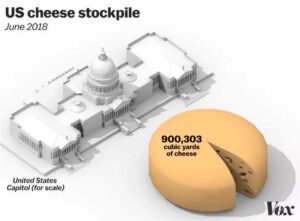 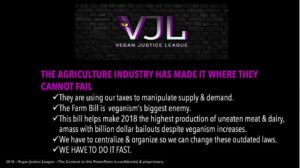 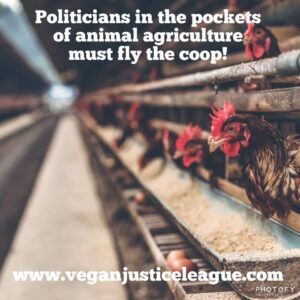