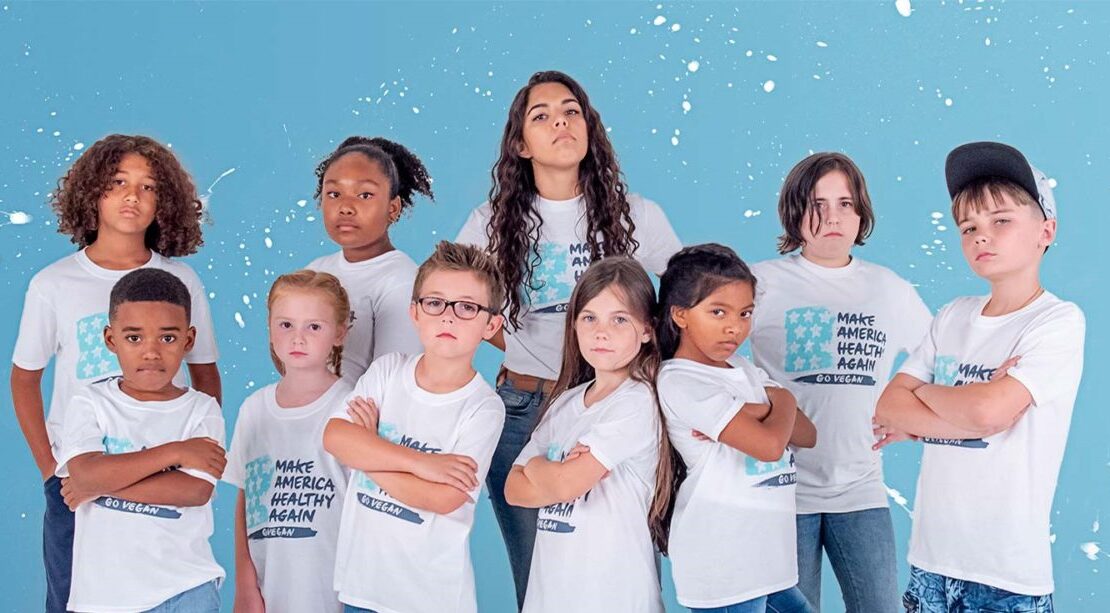 Dr. Sailesh Rao’s granddaughter, Kimaya, explains that they are out here this day to give samples out to people to show them how good vegan food is! Make America Healthy Again is a play on words and is part of a campaign that Million Dollar Vegan is using to try to convince President Trump to go vegan for the month of January (a.k.a. Veganuary) in exchange for 1 million dollars donated to veterans.
Hannah passionately explains how her experience going to a pig vigil was the push she needed to stop eating animal products and go vegan. Seeing the pigs suffer on the trucks headed into the slaughterhouse made her not want to eat any animals. Now she is happy to share all of these delicious vegan samples with people as they pass by even if she wants to eat them all herself because they are so delicious!
Genesis explains how she was able to get her whole family, including her amazing mom Genelle who is here with her at this event, to go vegan. After she realized that animals were hurt to make food like chicken nuggets and milk, she didn’t want any part of it. Being vegan was not enough for Genesis at the very young age of six. She wanted to do more for the animals so she decided to become an activist and public speaker for the animals! Genesis is currently tied for the title of youngest TEDx speaker for the speech she gave at the age of 10! She is all in for the animals and has started a nonprofit Genesis for Animals with her family! Check out Million Dollar Vegan and their newest campaign with Animal Hero Kids below! In the words of Genesis Butler, kids have to fight for their futures now!

Spice Up Your Life With Vegan Curry!

Three Vegan Holiday Desserts The Kids And Adults Will Love!