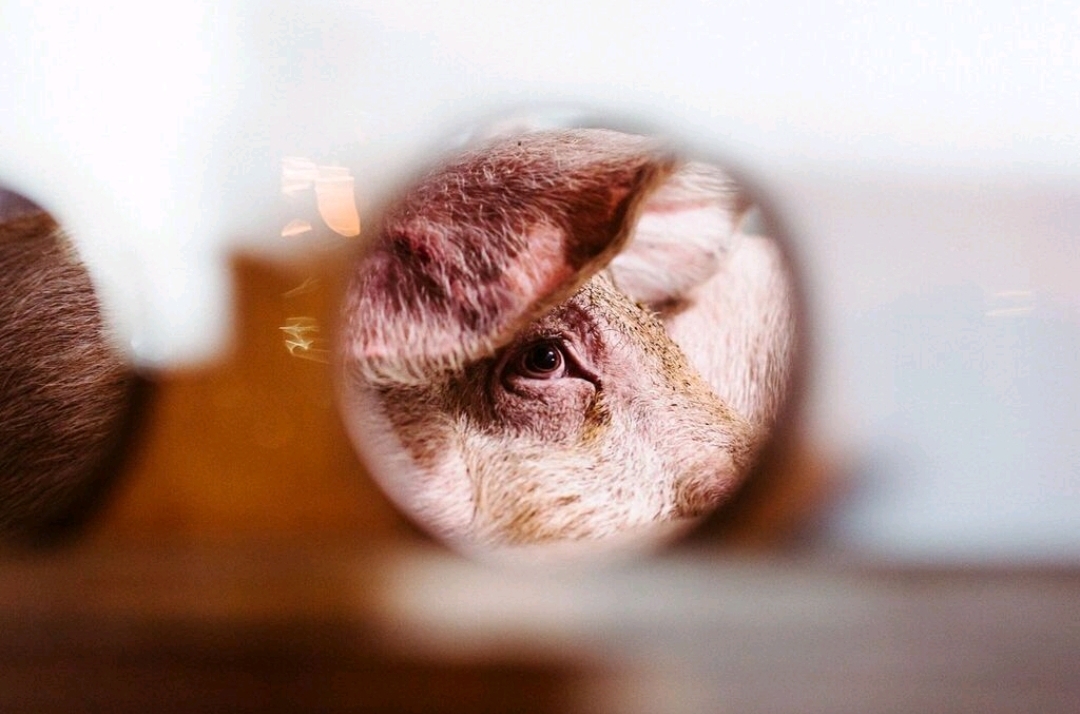 JaneUnChained LIVE at the 3rd anniversary of the Los Angeles Animal Save Vigil. LA Animal Save is the largest group in The Animal Save Movement which is comprised of over 700 groups worldwide! For three years they have been organizing this life-changing vigil outside of the slaughterhouse. Lead organizer Amy Jean Davis is joined by Robert Sud, Sergio Pinedo, Jackie and Larry Brannon, Heather Stewart, and Brian Carroll who helped her organize this special vigil. Prior to the vigil they offered delicious vegan pasta provided by Avocadamama and delectable dessert brownies provided by Charlie’s Brownies. This community is absolutely amazing!

This amazing activist group was founded on December 12, 2016, by Amy Jean Davis, as part of the worldwide Animal Save Movement. Los Angeles Animal Save started by holding monthly vigils. Soon, they were showing up for the pigs every week. Now, three years later, an ever-increasing number of activists are making the trek to bear witness to the suffering of baby pigs, who can be anywhere from 4-6 months old. What is bearing witness? Activists get as close as they can to the double-decker trucks, which are packed with pigs, as the vehicles arrive at the slaughterhouse. Through the small holes, the Save Movement attendees give the animals as much comfort as possible, offering them water and sometimes even a caring hand on their body and snout. It is absolutely devastating to see what is happening to these innocent beings. Despite it being a gut-wrenching experience, these dedicated people continue to come and take peaceful action in the hope that, one day, trucks will cease their deliveries to this slaughterhouse and all abattoirs around the world!
Notable vegan celebrities and popular animal rights activists have also attended these vigils to help raise awareness of the plight of these animals. Shaun Monson, Amy’s partner, who created the film Earthlings and executive produced Dominion, along with several other eye-opening documentaries, has also helped organize these vigils by Amy’s side. Celebrity allies like Joaquin Phoenix, Moby, Kat Von D, Mena Suvari, Toby Morse, and Katie Sarife, to name a few, have come to these vigils! Some can be seen here on any given night. It is so encouraging to see so many mainstream celebrities use their platforms to reach the masses!
In the above video, Amy gives a riveting speech in which she sheds light upon several other intersectional issues, like the environmental wreckage caused by animal agriculture, that are rarely discussed by the mainstream media. She also explains, in a later interview with Jane, that these pigs are no different from the cats and dogs our society values so dearly, having given them the distinction of being our companions. We have to demand better for these sweet, intelligent, and  – most of all – sentient creatures. Amy explains that we need to let go of cruel traditions and, instead, do what is morally right for all beings and our planet. Thanks to the Save Movement, consumers are seeing what is happening at slaughterhouses. They are seeing the victims first hand or in videos on Facebook. People are learning the truth. These consumers often adjust their lifestyle choices to align with their morals because of what this group of activists is showing them. Thank you LA Animal Save for standing up for these beautiful beings for 3 years! You all are our heroes!

The slaughterhouse is invited on at any time to respond.

Photos courtesy of The Hendrys, Robert Sud, and Jane Velez-Mitchell. 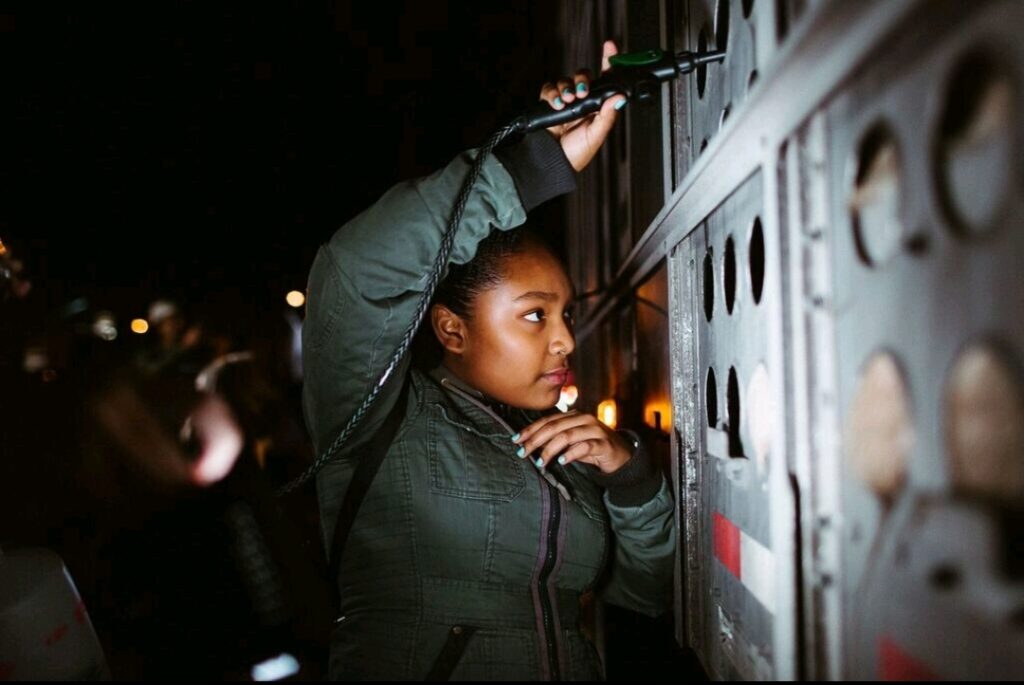 More amazing photos from this evening: 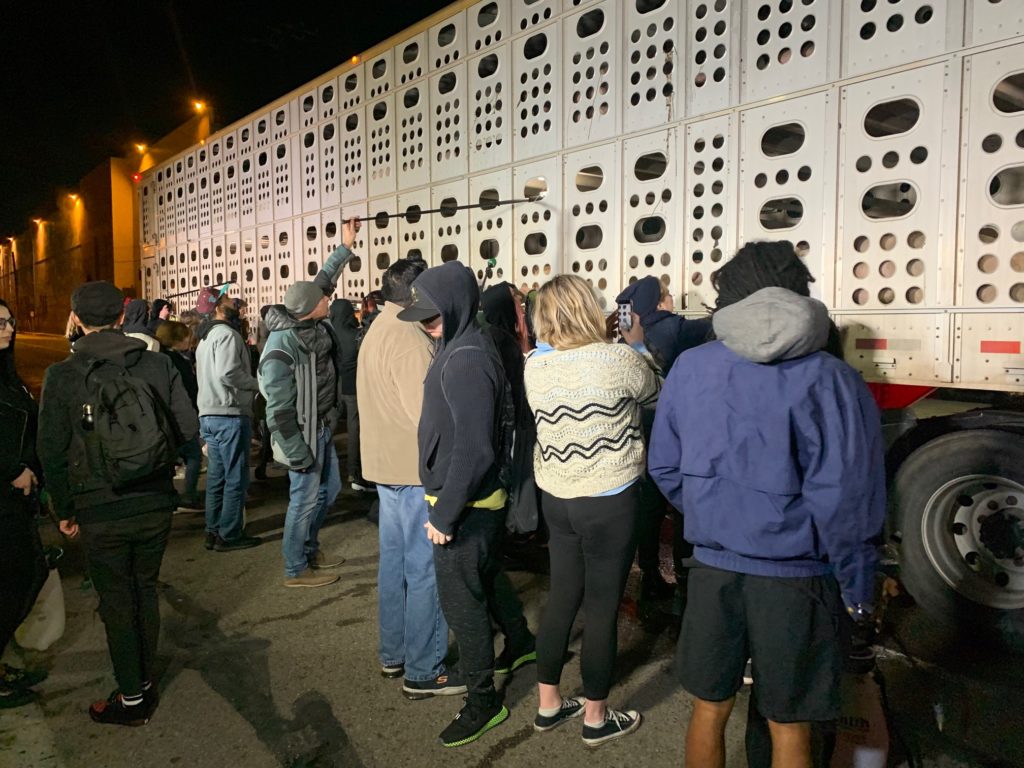 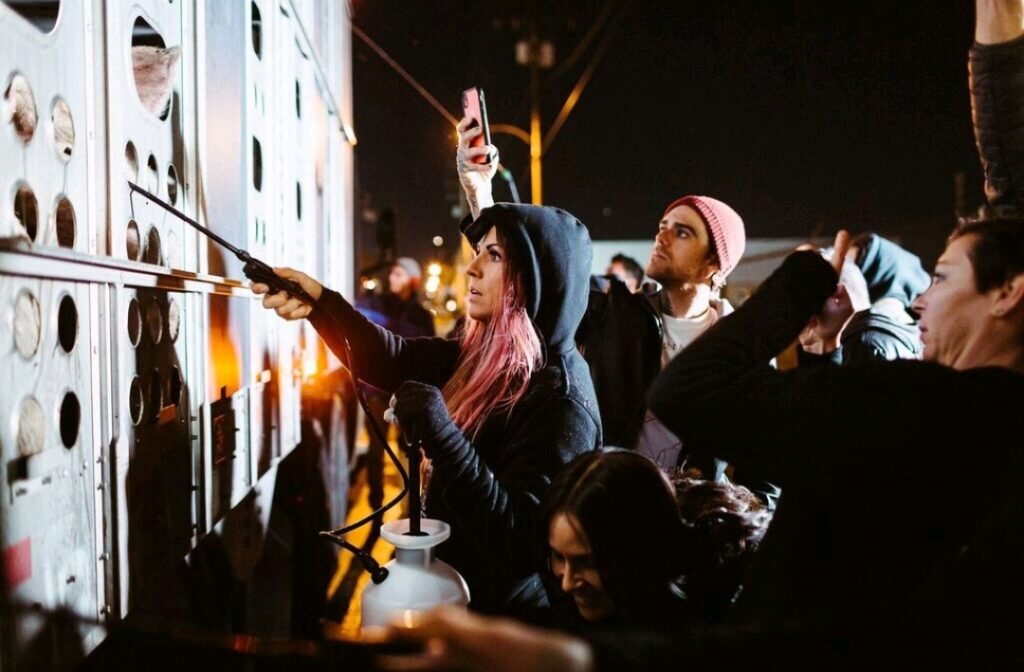 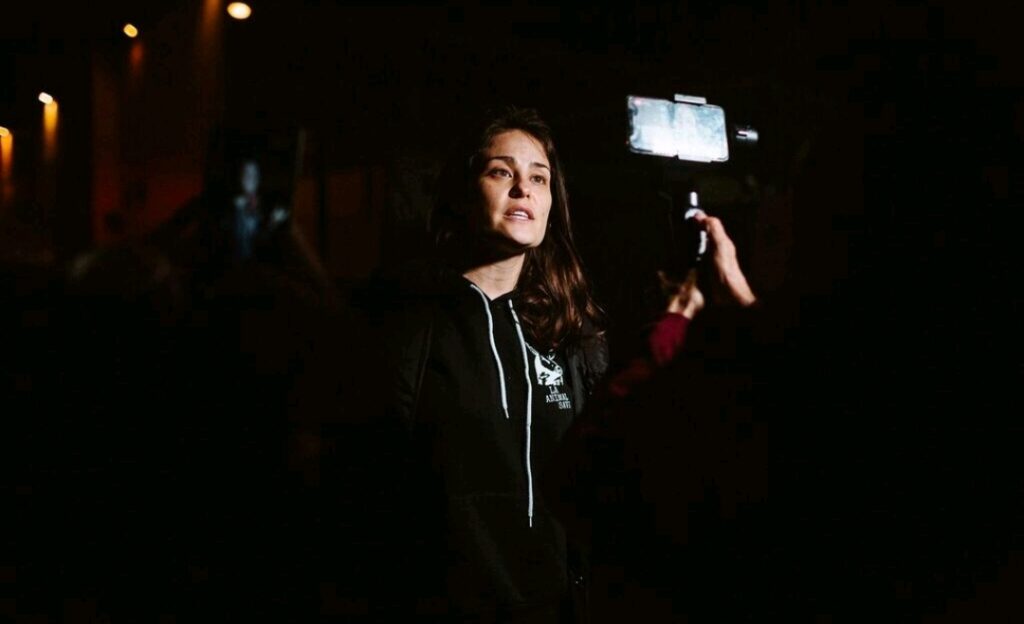 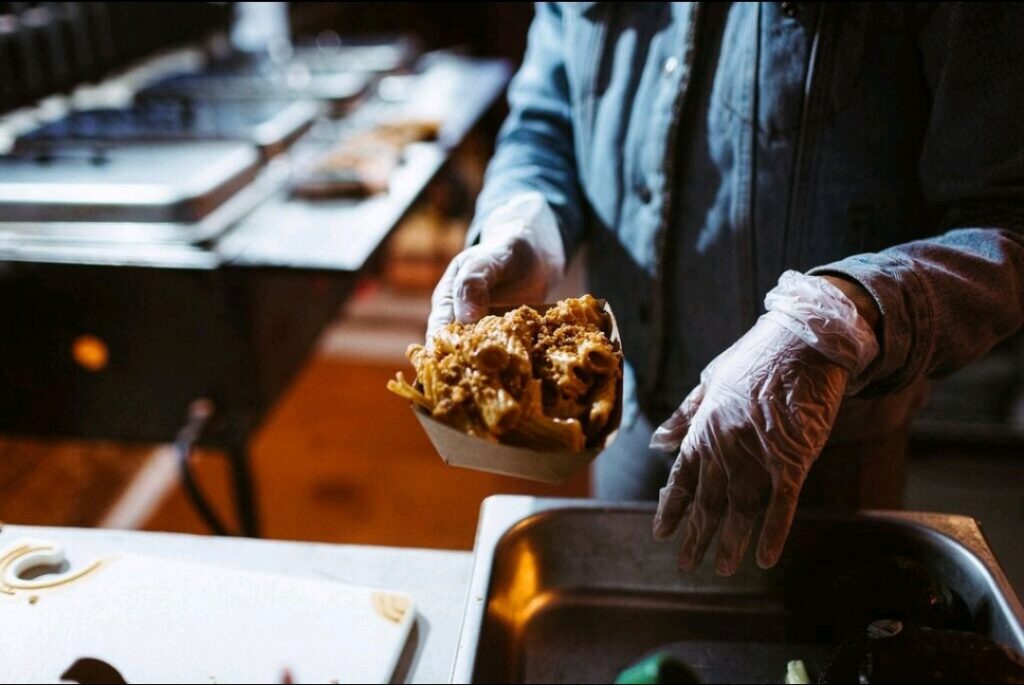 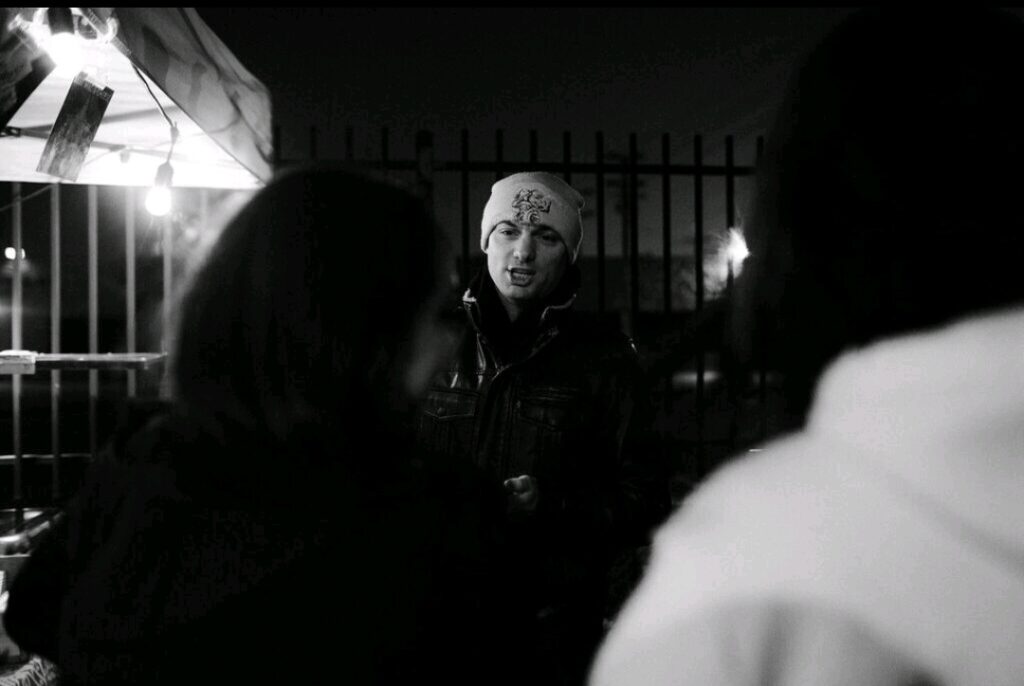 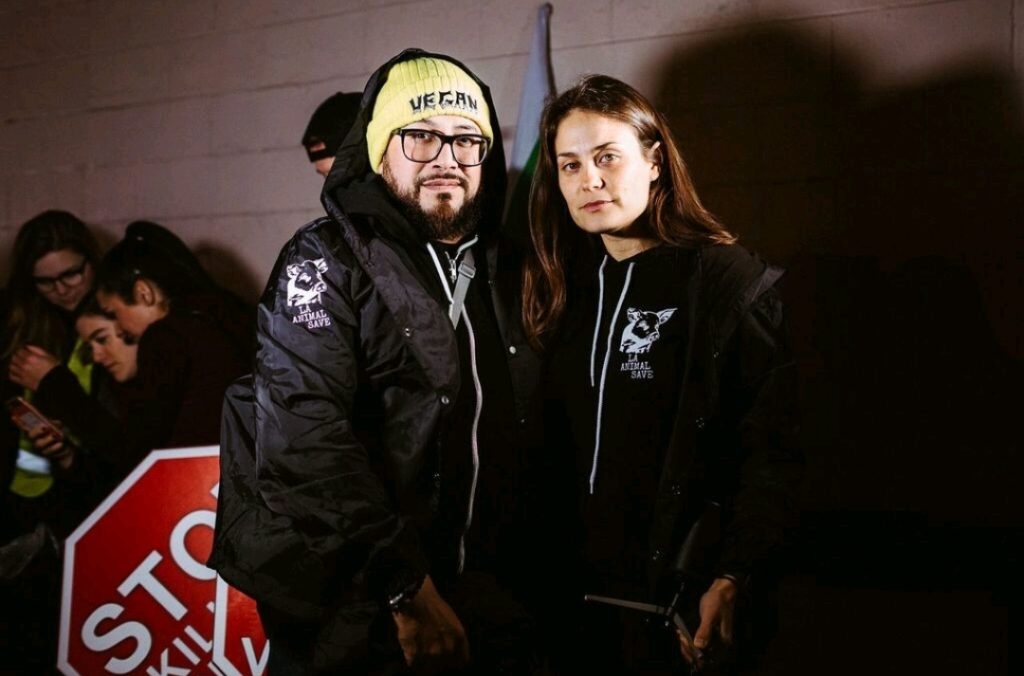 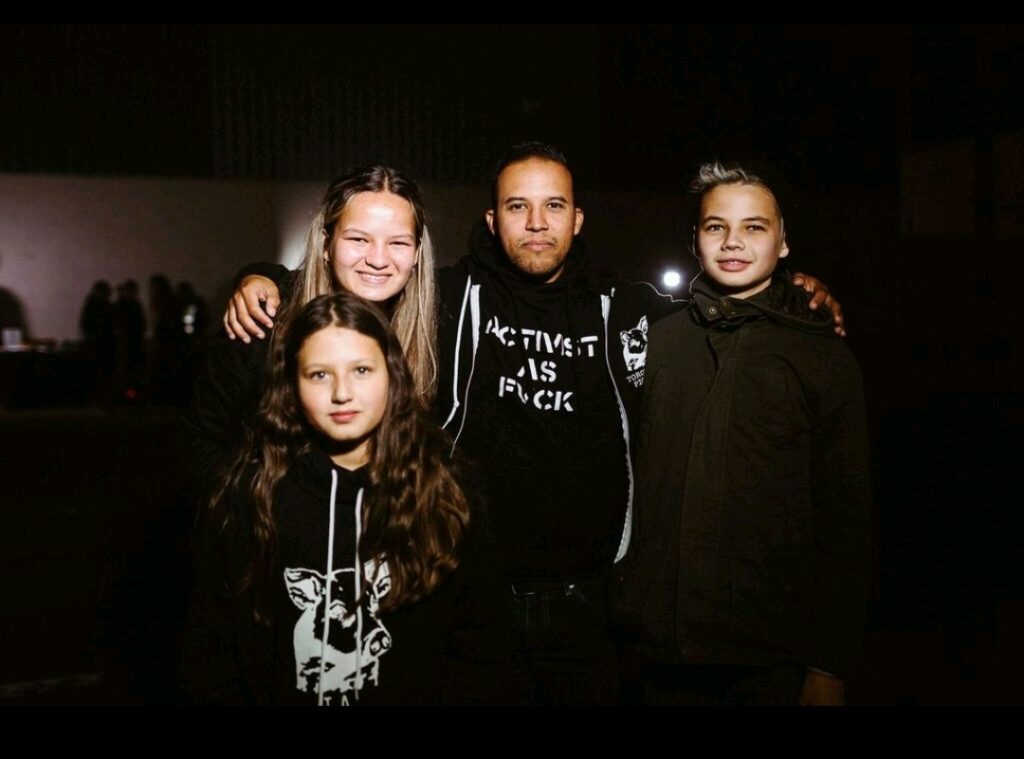 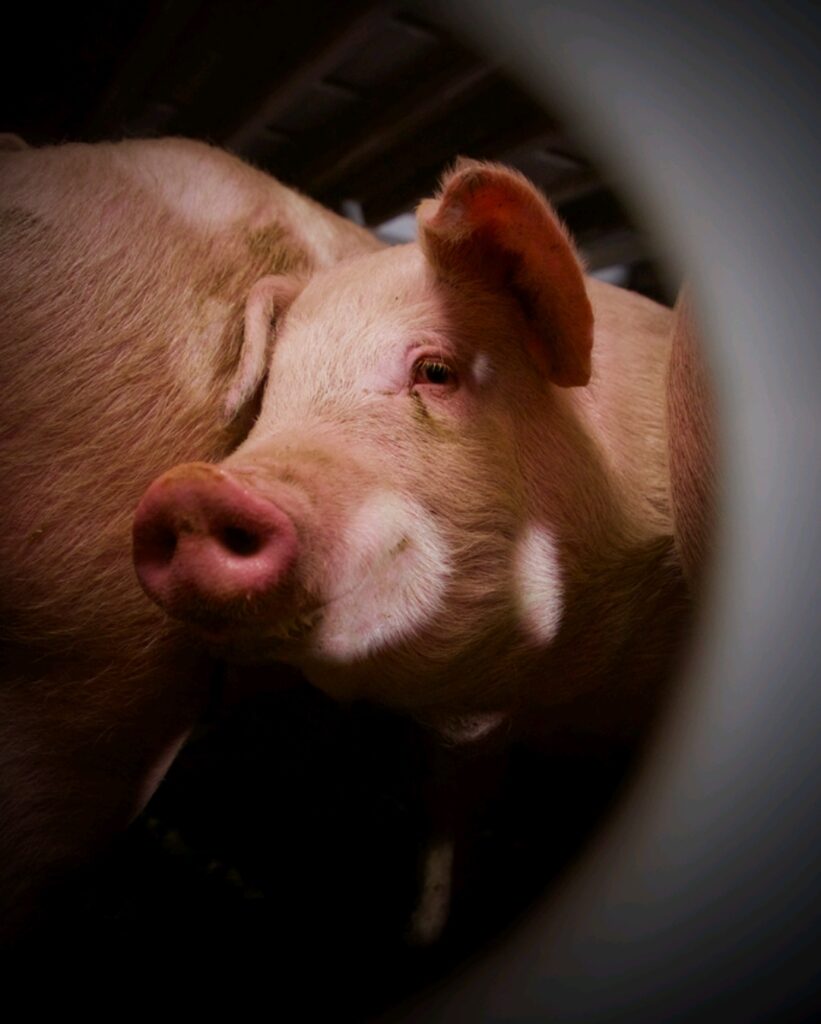 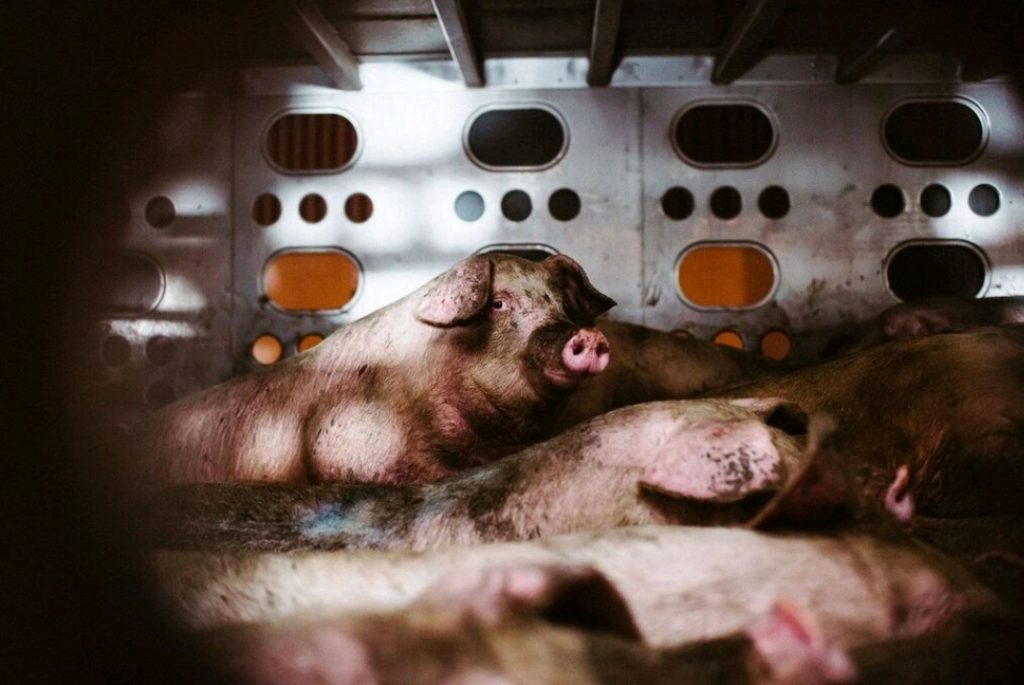 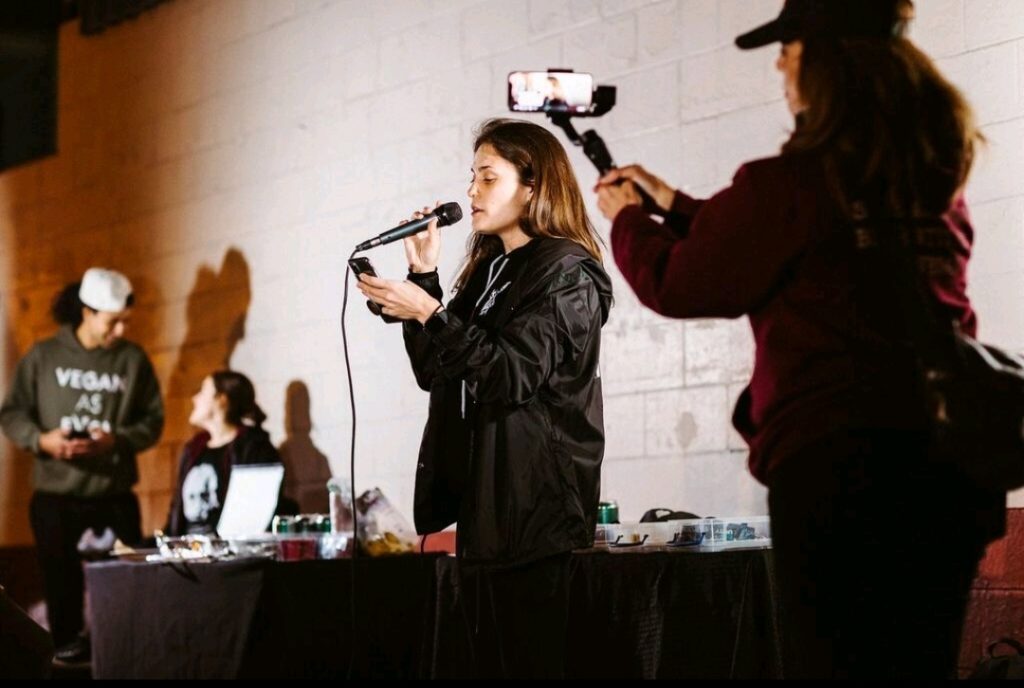 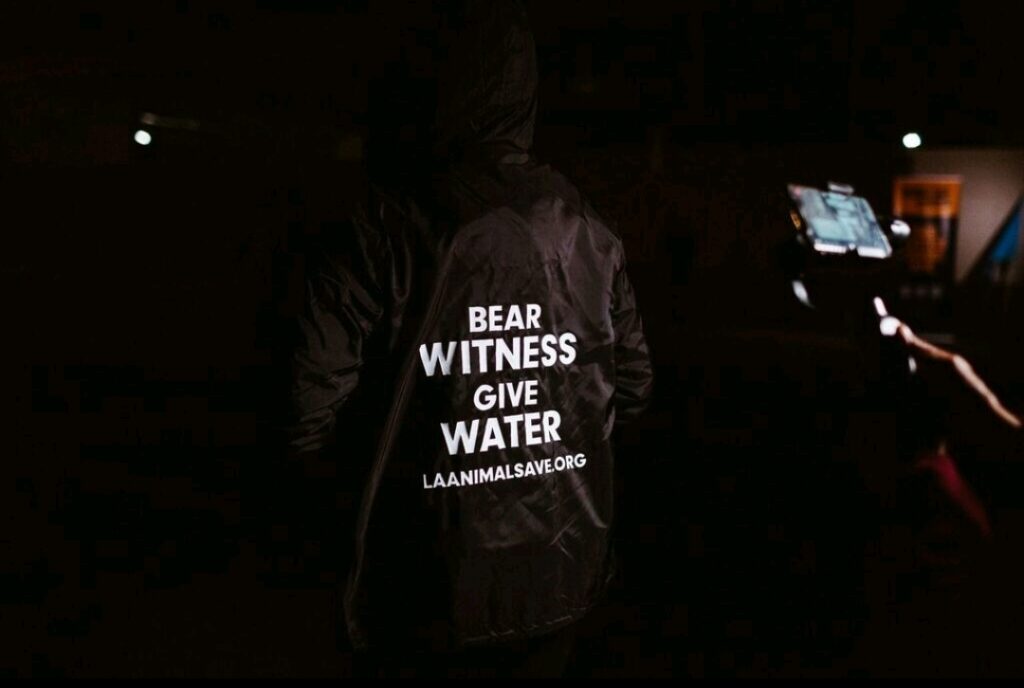 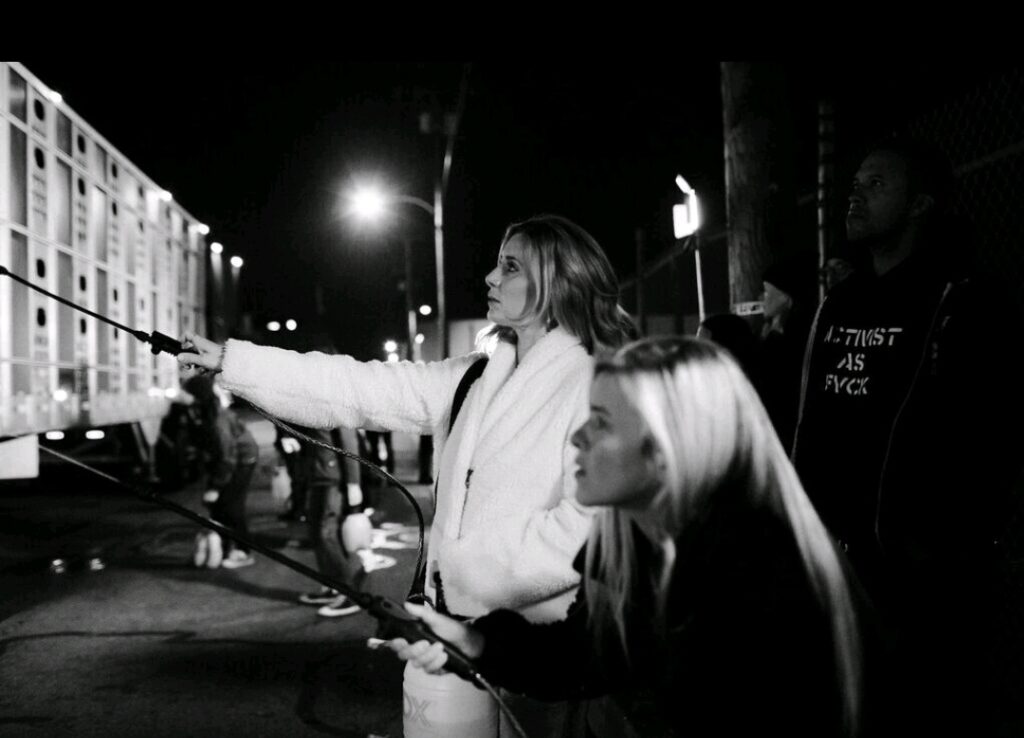 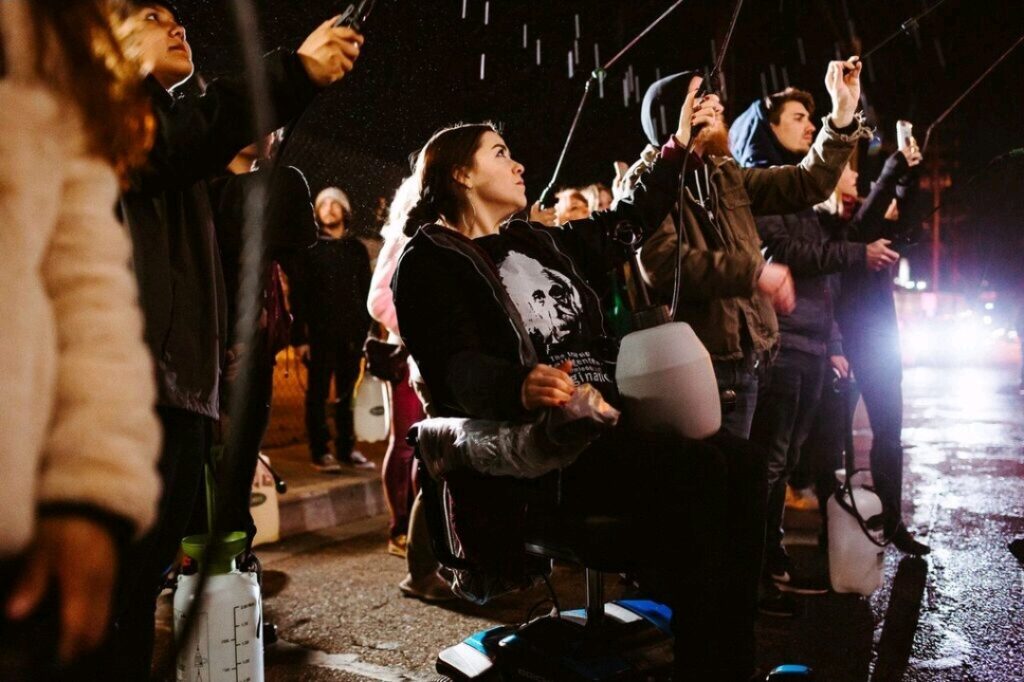 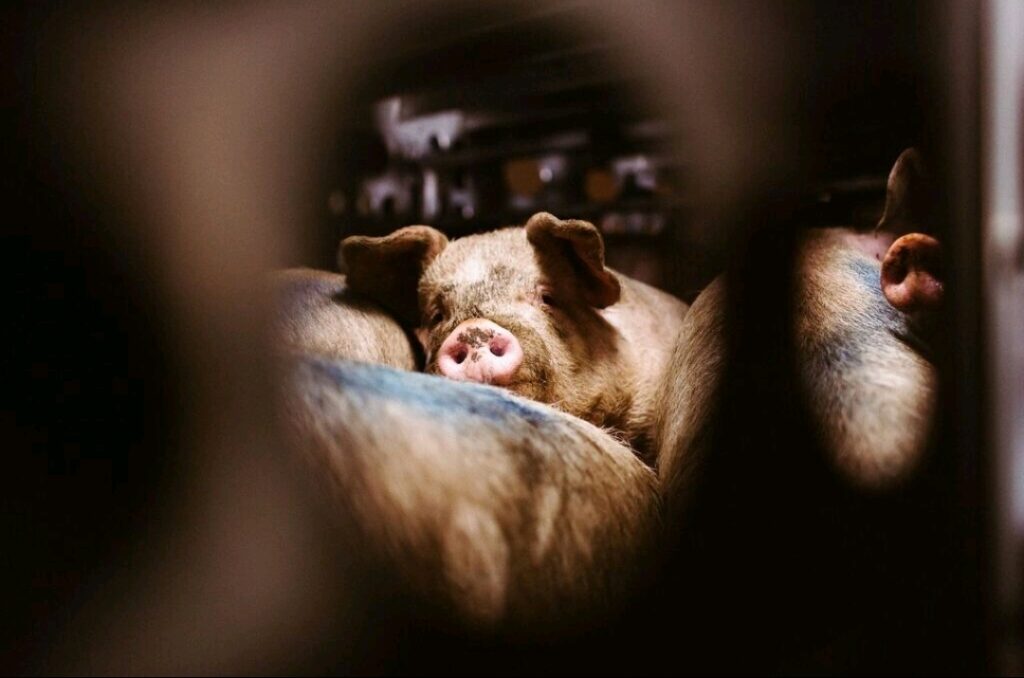 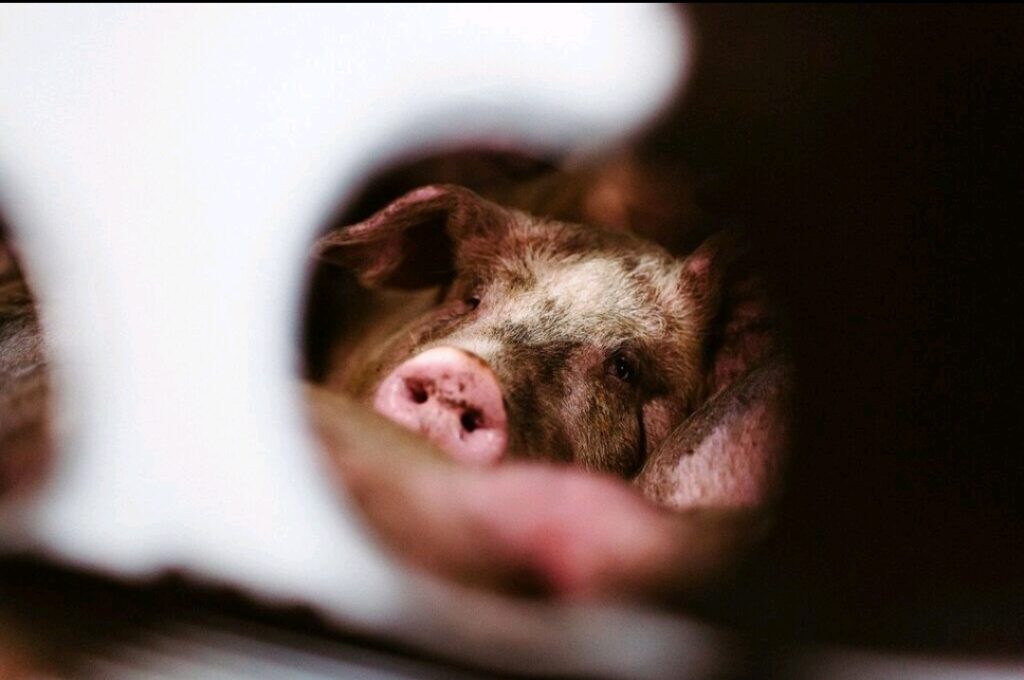 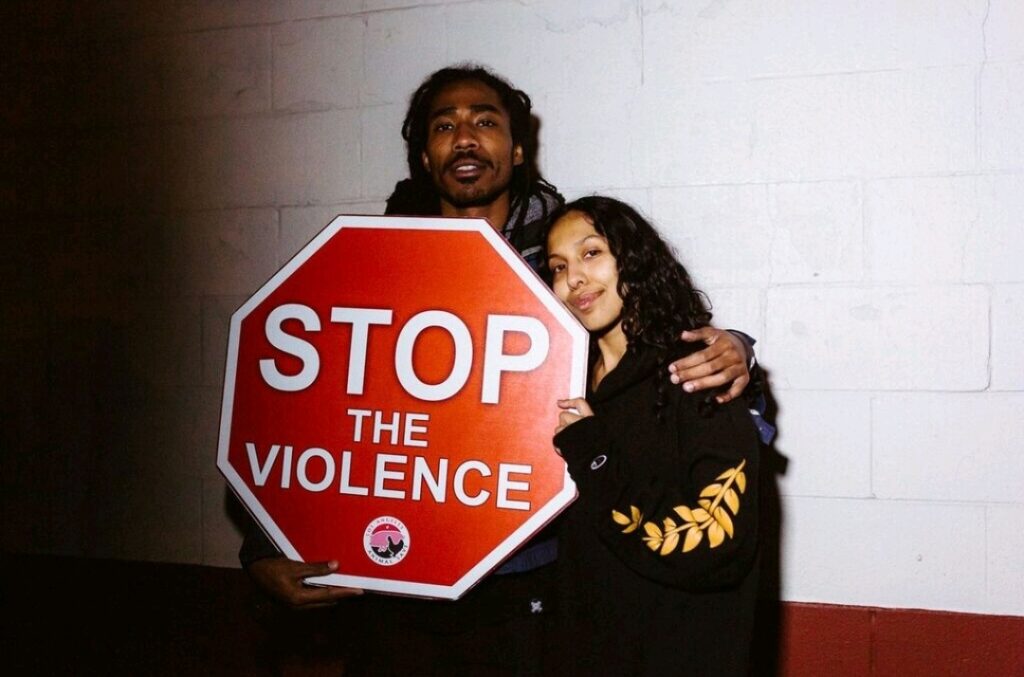 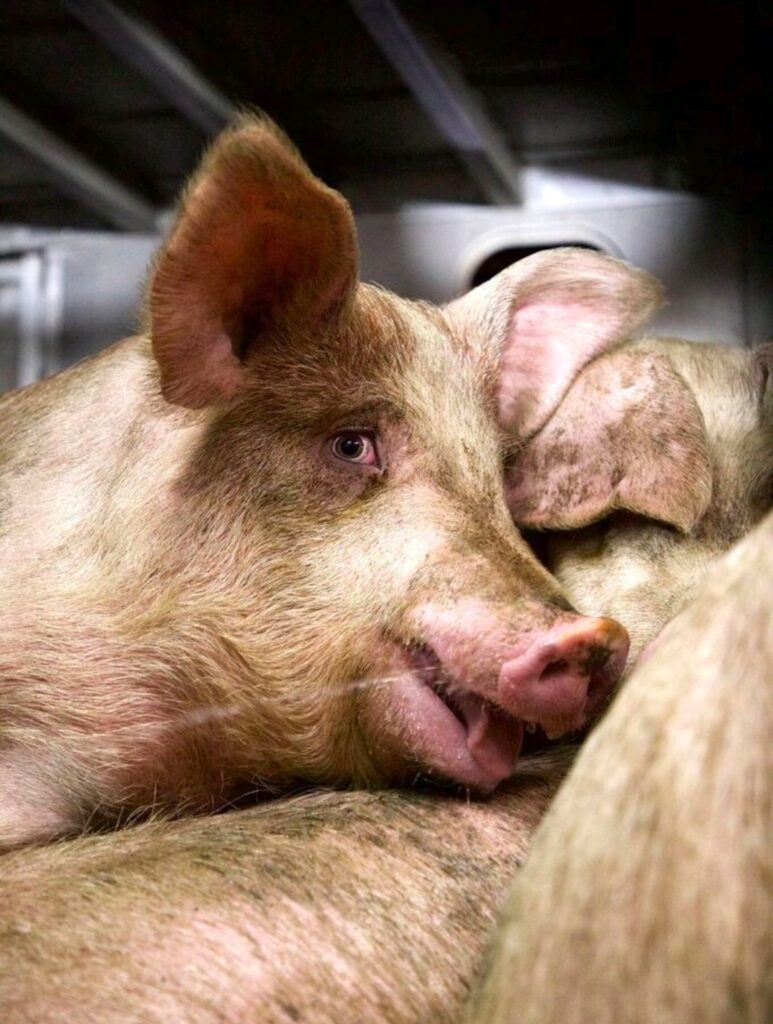 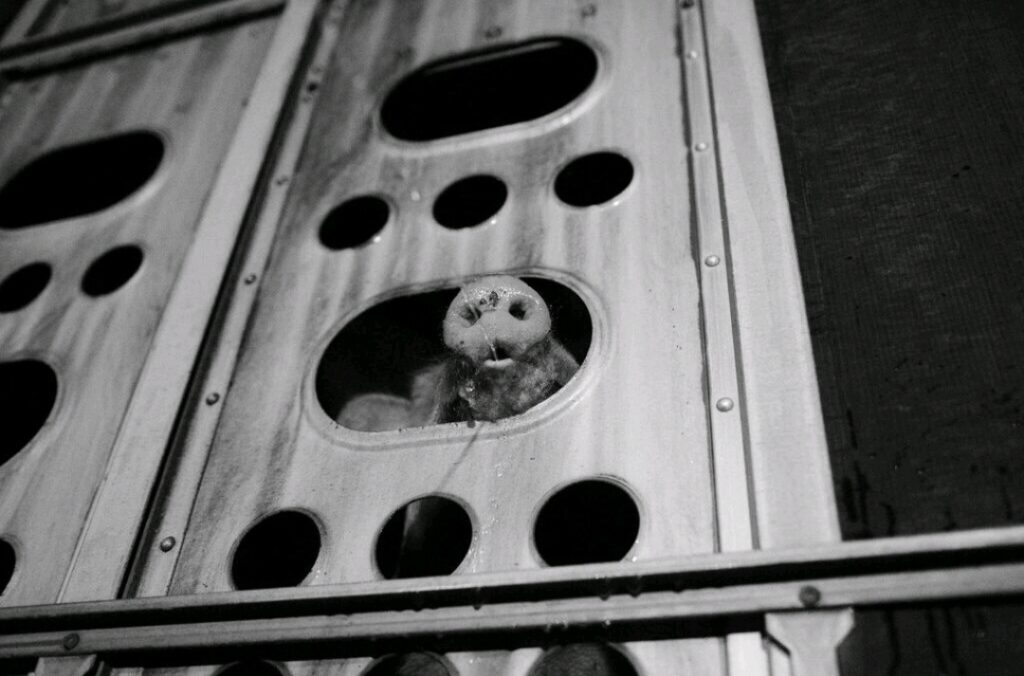