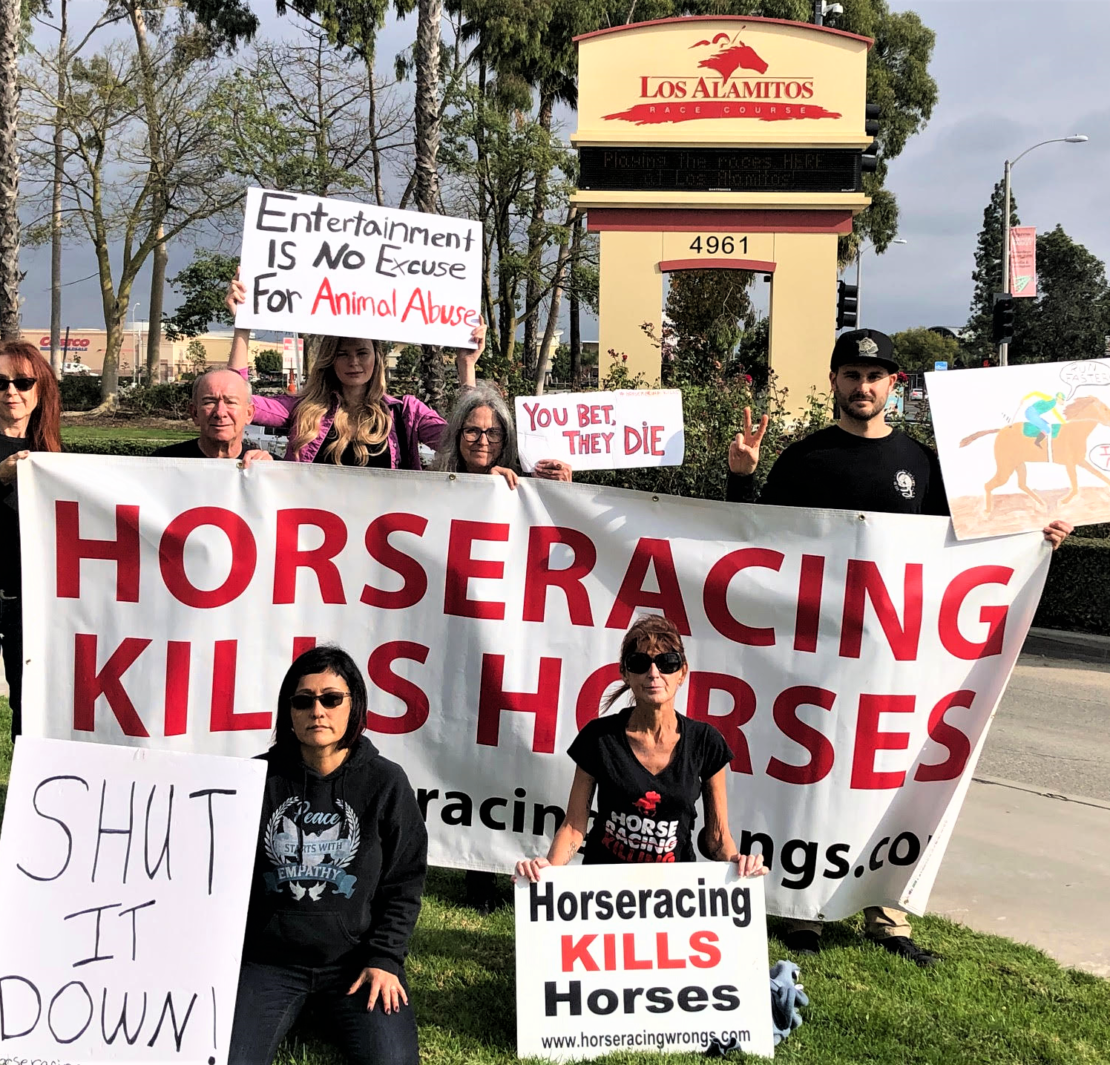 Well-known animal advocate, Sarah Segal challenges members of the California Horse Racing Board to use the horsewhip on themselves! Watch this stunning exchange as the woman known as “The Segal” speaks for horses who cannot speak for themselves! How do board members react? Watch and find out. This face-off comes as the horse racing industry faces withering criticism over the spate of horse deaths at racetracks. The Associated Press reports: “Jockeys riding in California wouldn’t be able to strike a horse to make it run faster or be allowed to whip in an overhand motion under a proposed amendment approved by the California Horse Racing Board. The rule now goes to a 45-day public comment period after which the regulatory body would have to vote again.” The next big board meeting is set for Thursday, January 23rd at Santa Anita Racetrack in Arcadia. A large continue of horse racing opponents is expected!

Activists gathered for a peaceful demo this past Saturday to speak out to end Horse Racing due to the high number of horses that die in horseracing each year. Singer-Songwriter Nicolette Aubourg beautifully performed original songs about the racehorses’ experiences, including ‘Requiem’ a tribute to the racehorses.

The burning question is how many horses have to die before people stop buying tickets that seal their fates? This past weekend two more horses died at Los Alamitos Race Course and these deaths are added to the 37 deaths at Santa Anita Park and 9 at Del Mar Racing, according to the Los Angeles Times. These horses are dying after just a few years of life, a fraction of their life expectancy. Why is this being allowed to happen? One thing we do know is these activists are in it to win it for these magnificent creatures. They have no plans to go anywhere until these places stop using animals for sport.
The racetracks are invited on to respond at any time. 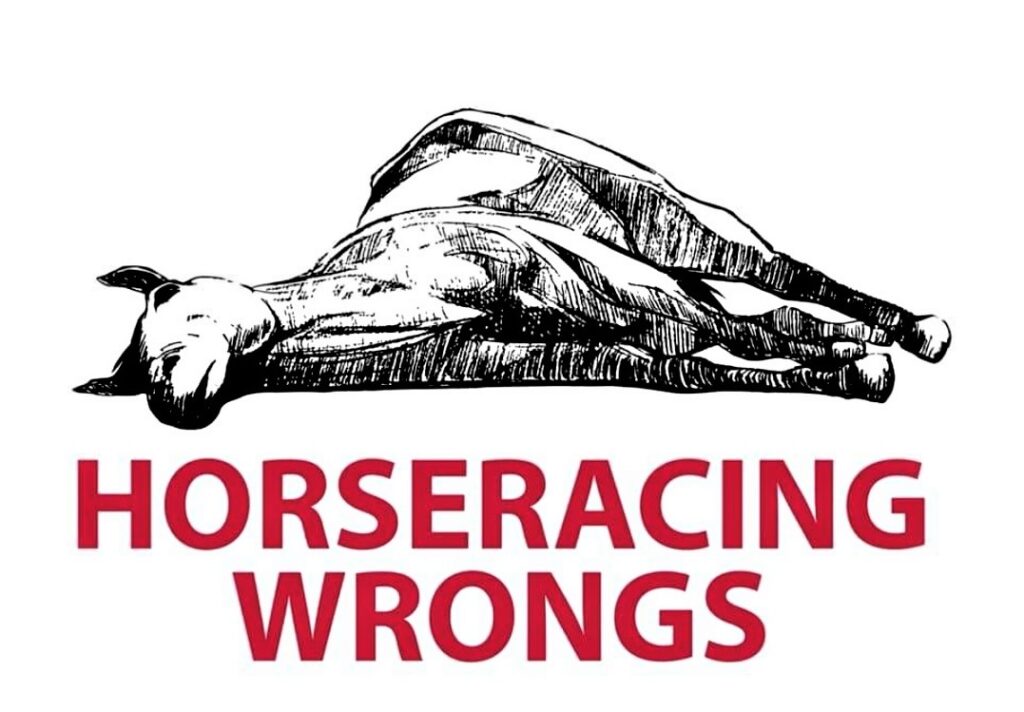 A Veggie Stew Fit For Thanksgiving