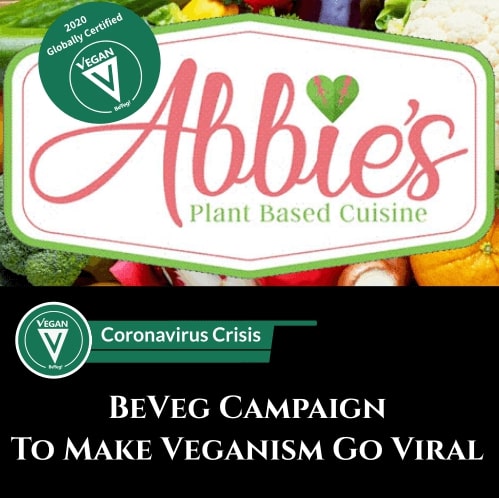 “A vaccine may end this pandemic but veganism is the panacea”, says Carissa Kranz, Esq., founder & CEO of BeVeg Global Vegan Certification firm.

“Food is essential’, which means “stay at home orders” do not apply to delivery drivers who are considered “essential” workers under the law.  “We are in full operations to deliver healthy home-cooked vegan meals to your home as we all survive this meat-originated crisis, and long after”, says the founder and chef, Abbie Huckleby.

The company reports sales have doubled in a month, as people are quarantined at home and unable to eat out at their local restaurant, and are in fear of grocery store gatherings.

Abbie’s Plant Based Cuisine delivers to Pearland, Pasadenia, Tomball, Friendswood, and Kingwood Texas, and is even receiving requests to ship meals beyond the Texas borders. “Together, we can make veganism go viral“, says Mrs. Huckleby. “The BeVeg vegan symbol is a badge of approval. Wear it like a movement wrist band and let the world know you want to shut down all live wet markets and slaughterhouses”.

“Our survival as a species depends on sanitary food, beverages, and products that are not contaminated with diseased, unsanitary meat. Our survival as a planet depends on us ending the inevitable diseased viral conditions that exist and always will exist so long as we make slaughterhouses an industry. History is just repeating itself”, says attorney Kranz, founder and CEO of BeVeg.

The deadly Coronavirus that is plaguing humankind, is traced back to a live meat market, just like other deadly global pandemics like SARS, MERs, Ebola, E-coli, and Salmonella. This is in addition to the other viruses deadly to humans from the exploitation of animals for meat like mad cows’ disease, swine flu (pigs), avian flu (birds), Spanish flu (another avian flu strand), HIV (chimpanzees), etc. There is a clear link to animal exploitation for meat and deadly human pandemics.

Each and every one of these viruses went viral, and when combined, these global pandemics have infected hundreds of millions, if not billions of people. The current pandemic, COVID-19 is highly contagious and is spreading at unprecedented rates. Our world leaders have put the world on lock down, closed down all businesses, cancelled flights, issued stay at home orders, and are even closing state and country borders to do damage control, with the hopes of containing the virus. Yet, the world is still in chaos. With no apparent vaccine, no end in sight, and a death toll that climbs daily, people are panicking, stocking up on supplies and food, as they prepare to hunker down as the virus wreaks havoc on our health and global economies.

The Coronavirus has literally caused the world to shut down and panic. It is a time for all of us to take pause to reconsider what we are doing to ourselves and to this planet. It is time to ask, why has nearly everything shut down in the world except the very culprit of these viral pandemics — slaughterhouses?

With an air of heroism, the USDA assures us that the meat will keep flowing, and slaughterhouses will remain open. Have we not learned our lesson, that when we kill and exploit animals for meat, mother nature does an intervention, and plagues the human species with deadly viral attacks?

BeVeg is a global leader in food safety and truth and transparency in labeling laws.  BeVeg, as a law firm for international vegan certification, is inviting all vegan products and companies to certify vegan and join in on the movement to close slaughterhouses and fund litigation for animal rights, human rights, and food safety. 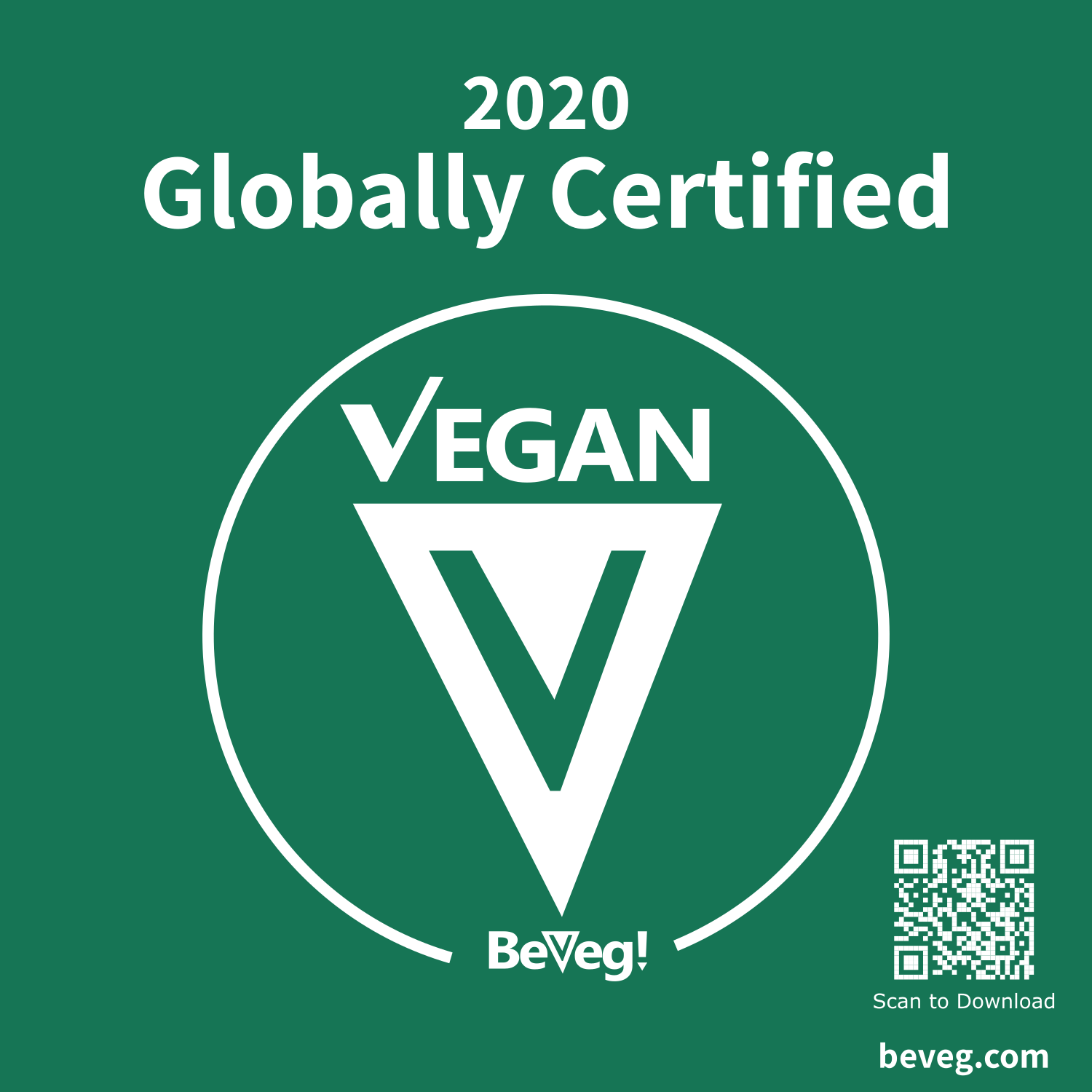 You too, can join the BeVeg campaign to make veganism viral. Be proud of your conscious business practices, and show off your official vegan BeVeg badge of approval. BeVeg is a law firm for global vegan certification, with international trademark protection. Certify vegan with BeVeg, the only law-firm-issued vegan symbol in the world, and make your vegan claim official.

Let the world know you care about food safety and the survival of our species, which is dependent on the survival of all species. Show off your socially conscious business practices by proving up your vegan claim and using the global vegan symbol. Together, we can make “veganism go viral”. We invite you to globally certify vegan with BeVeg and join the movement to shut down live meat markets and slaughterhouses. Certification fees will go to fund litigation for vegan rights, and JaneUnchained.