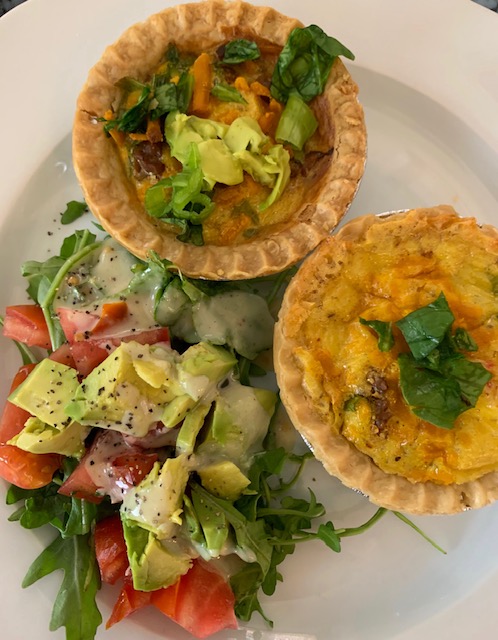 Let’s make a vegan scramble and some vegan quiche with Just Egg!  Join “Plant-Based In the ‘Burbs” hosts Sherri Sheree and Paige Parsons Roache as they SCRAMBLE & MIX up some JUST Egg Combos on #LunchbreakLIVE.  Be sure to check out “Plant-Based in the Burbs” every Wednesday at 5 pm PDT. 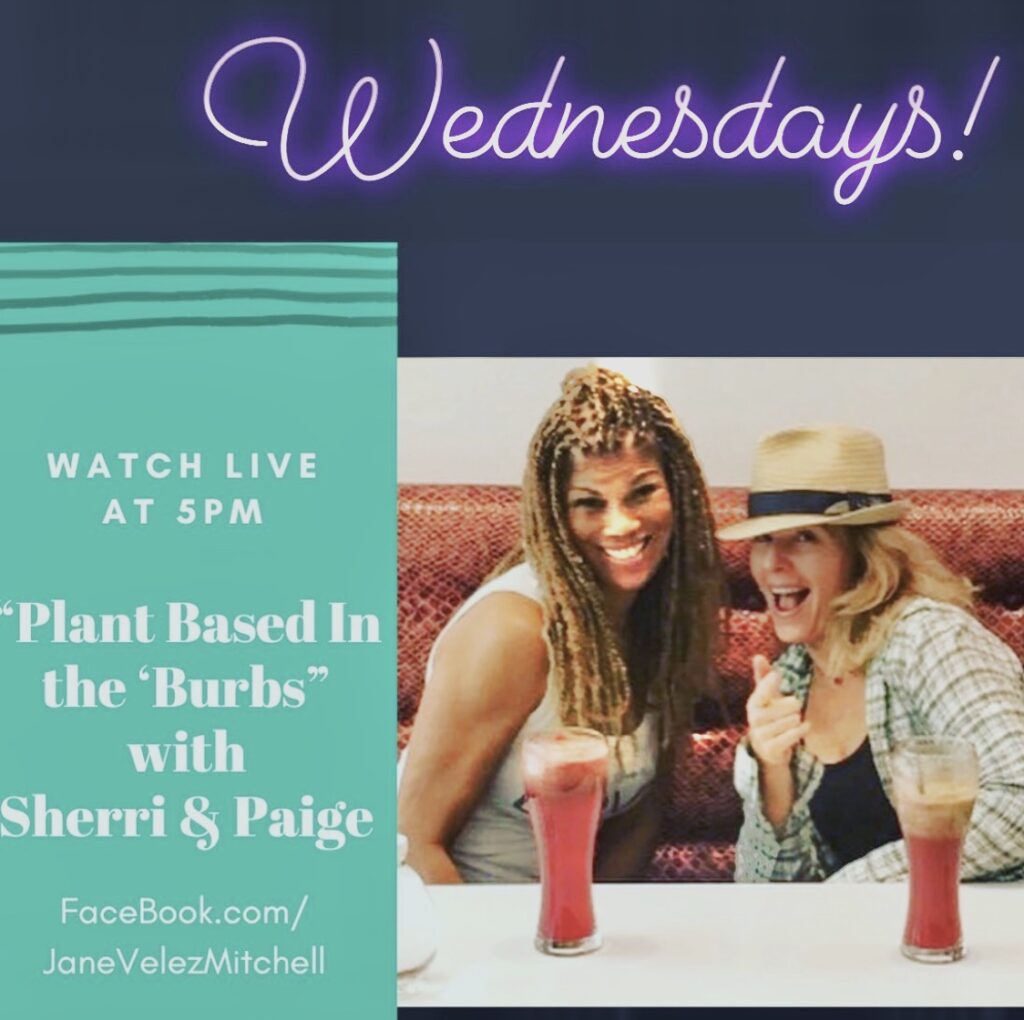 TWO COOKS IN THE KITCHEN

Sherri is an entrepreneur, certified personal trainer, and Pilates teacher, wife, and mother to two creative talented young men. Starting her career in the fashion and beauty industry, she has an eye for what works! For the last 15 years, she’s worked with hundreds of clients, supporting them in transforming their lives. “Fitness is a part of me. It is my passion to inspire women to see their inner and as well as their physical strengths. It’s very rewarding.”  During her fitness journey, Sherri created the company W29 Activewear brand for women and men 5 years ago, bringing high-quality athletic wear to market to inspire and motivate people to move their bodies. Living a plant-based lifestyle for the past 4.5 years started her on another phase in her life. She loves veganizing her favorite recipes and learning a different way of preparing her childhood favorites into plant-based meals. “Being able to cause no harm to living creatures has been so liberating and rewarding.” Sherri and Paige co-host a fun, lively weekly show, “Plant-Based in the ‘Burbs,” bringing the ABC’s of plant-based cooking, including kitchen tips and tricks, highlighting incredible plant-based products available on the market, as well as showing how to eat a whole foods plant-based diet.

Paige became a Contributor for JaneUnChained News after cooking as a guest chef on LunchBreakLIVE. She met Jane Velez-Mitchell at VegFestLA then at Moby’s Circle V Festival. Inspired by Jane’s bold courage, Paige now reports for JNN on all the latest animal rights events, including The Save Movement’s pig/chicken/cow vigils, various PETA protests, VegFests, book launches, Anonymous for the Voiceless’ Cube of Truths, and vegan conferences. Paige is now also the Booker for #LunchBreakLIVE and many other shows on the JaneUnChained News Network. 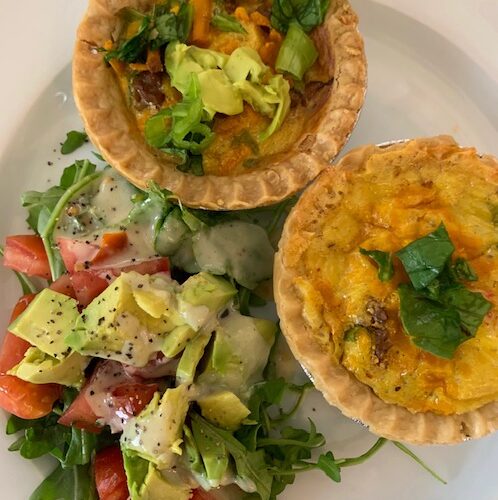 Keyword just egg, vegan
Tried this recipe?Let us know how it was! 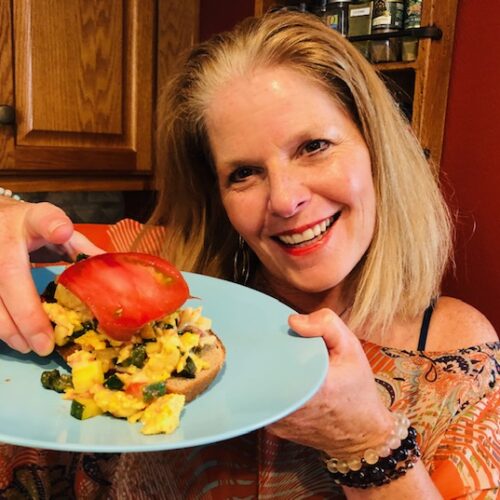 Keyword just egg, vegan
Tried this recipe?Let us know how it was!

ARE YOU READY FOR A VEGAN SCRAMBLE OR QUICHE?

Just Egg is the perfect product for your vegan scramble, quiche, or any other vegan egg dish.  It looks, tastes, and cooks just like animal-based eggs but it is much healthier for you and totally cruelty-free.  You should definitely try cooking up some egg recipes using Just Egg, it will blow your mind!  If you are in search of other vegan recipes to try, be sure to stop by the #LunchBreakLIVE page where we have a ton to choose from.  Until next time…keep cookin’!

Find Out What A “Neat” Taco Is And Why You Will Want To Try It!

A Veggie Wrap With An Eco Twist