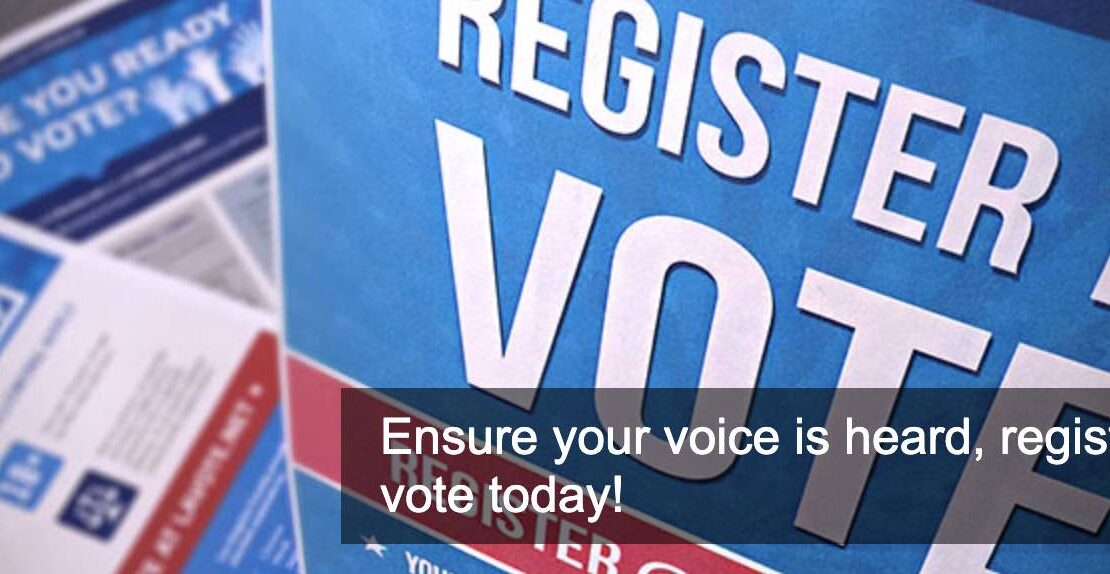 THE TIME OF VEGAN POLITICAL PARTIES HAS ARRIVED

Veganism is a socio-political movement and, as such, is part of the political world. Although there have been parties with some vegan-friendly policies and attitudes, only recently have fully vegan political parties begun to appear. Europe has led this new trend which, without doubt, will eventually spread throughout the international political landscape.

It wasn’t that long ago that we looked at the Green Party as the new kid on the political block. However, in the last few years, a new type of party has germinated in socially fertile land.

If you consider the powerful argument that most of our problems – climate change, pandemics, habitat destruction, wildlife extinction, deforestation, pollution, ocean dead zones, world hunger, human disease and animal cruelty – stem from our abuse of animals in the food system then… the Vegan Party is a concept whose time has definitely come!

VEGAN POLITICAL PARTIES GO WHERE NO GREEN PARTY HAS GONE BEFORE

The principles of Green Parties are social justice, environmentalism and nonviolence. They now exist in nearly 90 countries around the world and have been around for decades.

The world’s first political parties based on environmental policies started in 1972 in different parts of the world. The United Tasmania Group in Australia, the Values Party in New Zealand, and the Popular Movement for the Environment in Switzerland. The first national environmentalist party appeared in 1973 in Britain: PEOPLE, which turned into the Ecology Party, and finally into the Green Party in 1985. The German Green Party, founded in 1980, was the first one to achieve national prominence. It even managed to govern at the state and federal level in coalitions with others.

Although sympathetic to the animals’ plight, green party policies have fallen short on animal welfare, let alone veganism. Due to their strong conservation angle, their priorities regarding animals lie in protecting ecosystems and species rather than individual animals. Therefore, politicians concerned about animal suffering created a different type of party to address this shortcoming: animal welfare parties. Many of these, though, also fell short and failed to advocate for the obvious solution: veganism.

It is not a surprise that the first Animal Welfare Party started in Germany in 1993:  Partei Mensch Umwelt Tierschutz  or Human Environment Animal Welfare Party. The success of the Greens must have fueled the optimism needed to create a party with an even narrower scope.

In 2003, the Dutch created the highly successful Partij voor de Dieren or Party for the Animals. The following year the Spaniards created PACMA or Animalist Party Against Mistreatment of Animals with a strong anti-bullfighting agenda.

Many other countries have created animal parties since then, and I tried to contact them all. I only mention in this article those that replied and neither I nor this channel endorse any. We are just providing an overview of a significant movement in the animal rights sphere. Most of these belong to the Animal Politics EU group, formerly Euro Animal 7. None of its 14 goals explicitly mentions veganism but one supports a shift towards a plant-based lifestyle. The transition towards a plant-based food system is part of their electoral programmes, though.

One of the parties of this group is the Parti animaliste from France. Its co-president, Pierre Mazaheri, told me they consider it to be an animal rights party. Although all the leadership is vegan, the nine elected members they have in municipal councils don’t have to be. Regarding veganism, he said: “we recommend reducing the consumption of animal products.”

THERE ARE AT LEAST 19 ANIMAL PARTIES IN THE WORLD SO FAR! MANY ARE GROWING IN POPULARITY!

THE SUCCESS OF THE DUTCH ANIMAL WELFARE PARTY

The Dutch Party for the Animals is currently the most successful animal party. They hold six seats in the Dutch Lower House, and three seats in the Senate. In total 82 elected representatives in EU, national, regional and local level. Marianne Thieme, the founder, is vegan like the rest of the leadership. She told me: “Our party considers itself an animal rights party. Everybody is welcome as a member, vegan or not. We promote a plant-based way of living and respect everybody’s own path towards an animal friendlier lifestyle.

I asked her if all their elected representatives are vegan. She replied: “They are vegetarians or vegans. We don’t make it mandatory for people to stop consuming animal products. We do expect people to lead by example during public events where food is served. And all our own events always have vegan-only catering.”

When I asked her about the future of vegan political parties, she said: “I would be very careful to call political parties for animals, nature and the environment ‘vegan parties.’ There is this danger of excluding people who want to join the movement, support the idea of a plant-based society but, in their personal lives, aren’t (yet) vegan and therefore feel as if they cannot join the party.”

“LET’S KEEP IN MIND THAT ANIMALS NEED AS MANY VOTES AS POSSIBLE.  AND THAT EVERY HUMAN BEING HAS HER OR HIS OWN PATH TO TAKE TOWARDS AN ETHICAL WAY OF LIVING.” Marianne Thieme, Dutch Party for the Animals

Some of the animal welfare parties may be vegan political parties in disguise. This is because vegans run them and they actually have vegan policies. They may still have the term animal welfare in their name, but they have already evolved towards veganism.

One of these is the Party for Animal Welfare created in Ireland in 2018. Its leader, Carol Johnson – who is vegan herself – told me: “Our party is open to everybody, although we are animal welfare-based, we push veganism. Our Party believes in veganism, and this is the only way that our planet will survive.”

Another party that could fall in this category is the Animal Welfare Party (AWP) created in the UK in 2006. Its leader, Vanessa Huston, has been an ethical vegan for 26 years. She told me: “The philosophy of our party is one of animal rights but we welcome improvements in animal welfare as stepping stones to an eventual endpoint of ending animal exploitation.”

This party only has one elected representative in a local municipality so far, a representative who is vegan. It is difficult to win seats in the UK if you are not one of the two main parties. Vanessa added: “Ours is a political system in which most elections are held under First-Past-The-Post, making it difficult for voters to vote how they want to and for small parties to break through.”

“WE ARE PART OF AN INTERNATIONAL MOVEMENT OF POLITICAL PARTIES FOR ANIMALS AND OUR MOVEMENT CONTINUES TO GROW EVERY YEAR. I SEE THIS TREND BEING ONE THAT WILL CONTINUE OVER THE NEXT DECADE” Vanessa Huston, UK’s Animal Welfare Party

VEGANISM IS GETTING POLITICIZED BEYOND EUROPE

Although Europe has been leading the way, animal parties with a distinctive vegan flavor can be found in other continents. For instance, in Australia, we have the Animal Justice Party. It has five elected representatives (three in State Parliaments and two in Local Councils). Its President is Bruce Poon. He told me all their candidates must be vegan, and his party advocates a plant-based diet free of all animal products.

In the US we have The Humane Party. It calls for abolishing the property status of all animals. Every candidate, officer, and board member must be vegan. Clifton Roberts was the candidate for US president for the 2016 and 2020 elections.

In Canada, we have the Animal Protection Party of Canada founded in 2005, which does not have any elected representatives yet. Liz White, the Party leader who also funded the Animal Alliance of Canada in 1990, is an ethical vegan. She told me: “Everyone who works for the party and is a candidate for the party is vegan.  We do not accept candidates who are not vegan.  It is important that our candidates are vegan since we are advocating a much more radical approach to addressing the climate crisis, the pandemic crisis and our failure to protect other species and the planet crisis.”

I asked Liz whether her party considers itself a vegan party, an animal welfare party, or an animal rights party. She replied: “We consider ourselves an inclusive party – we include, people, animals and the environment in our platform.  We call it compassionate politics.”

I think parties like this will eventually be more open to defining themselves as vegan. When I asked Liz how she saw the future of vegan political parties in the world, she said:

“I AM VERY HOPEFUL.  EUROPE, AUSTRALIA AND OTHER COUNTRIES HAVE DEMONSTRATED THAT WHEN THERE IS PROPORTIONAL REPRESENTATION VOTING, ANIMAL RIGHTS PARTIES CAN GET ELECTED AND CAN HAVE AN ENORMOUS INFLUENCE OVER POLICY.”

The first animal party officially and unequivocally vegan is the Veganerpartiet or The Vegan Party. Henrik Vindfeldt and Michael Monberg founded it in Denmark in 2018.  It hasn’t got any elected representatives yet. However, in 2020 it already reached the 20,182 signatures needed for parties to contest the next national election in 2023. They will need approximately 70,000 votes to win a minimum of representation of four seats. Also, they expect to present between 20-30 candidates for the upcoming municipal elections in November 2021.

Mayanoa Kjærgård is a member of this party’s national executive committee and a candidate for the next national elections. She told me that all board members, leaders, and candidates of the party must be vegan. I asked her why Denmark:

Denmark is not an exception regarding land used for animal agriculture. Or for having many citizens who are passionate meat-eaters and dairy drinkers. This means that the Vegan Party could have easily started elsewhere. But it could be argued that the progressive political systems in Scandinavia would favor this sort of party.

VEGAN POLITICAL PARTIES ARE THE FUTURE

If the Danish Vegan Party is successful in the next elections, this will inspire many vegans around the world. If they can, they will try to do the same in their countries. As it happened with the first green parties and then the first animal welfare parties, international replication is inevitable. This should have the effect of putting vegan policies on the political agenda, forcing mainstream political parties to face the obvious: veganism is the solution to the existential challenges posed by climate change, pollution, pandemics, world hunger, human disease and animal cruelty.

Perhaps as it happened in Germany, in the medium-term future the political lottery may place vegan parties in coalition governments in some regions, where they finally can implement vegan-friendly policies. And in the far future, when vegans achieve a critical mass, veganism may become the main political card to play for electoral victory.

“I SEE A GREAT FUTURE FOR VEGAN PARTIES IN THE WORLD! THERE IS A GREAT NEED FOR PEOPLE TO WALK THE TALK, TO LIVE WHAT YOU PREACH, AND TO SHOW AND INSPIRE OTHERS THAT YOU CAN LIVE PERFECTLY HEALTHY AND HAPPY AS A VEGAN.” Mayanoa Kjærgård, Danish Vegan Party