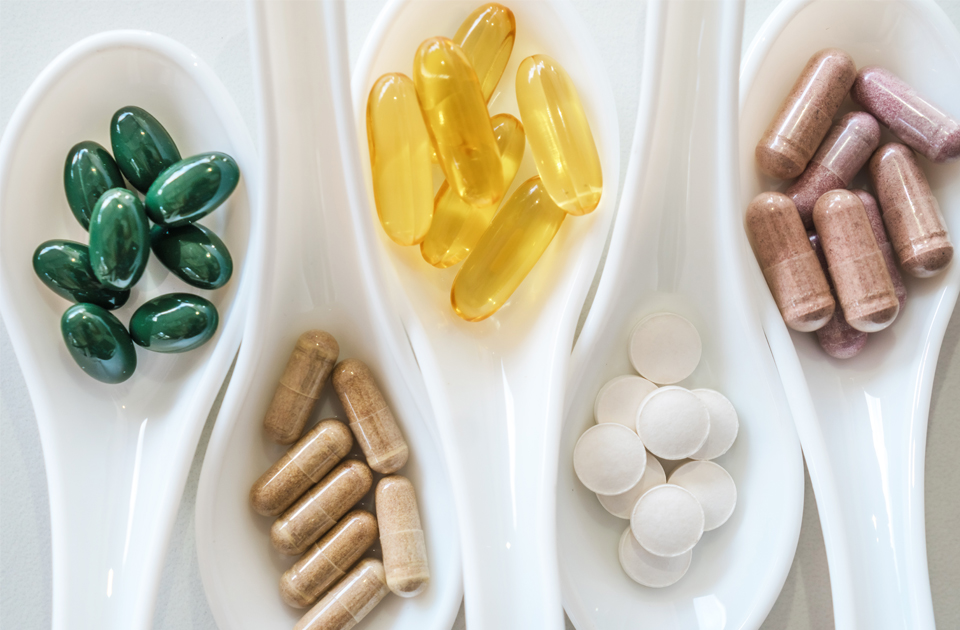 The nutritional supplements industry is not very vegan or environmentally friendly. But, the new company Terraseed is trying to change that.

If you are vegan, you may supplement your diet with vitamin B12 or Omega 3 —as I do. If you are an environmentalist, you likely try to avoid plastics — as I try to do. But, if you are both, it’s going to be tough to find vitamin products that meet your standards. Why? Well, many commercial vitamins contain animal products and most vitamins are now sold in plastic containers.

Approximately 50% of dietary supplements reportedly contain animal-derived ingredients. But, it does not need to be this way, as non-animal sources exist for virtually all the ingredients used by this industry. Additionally, vitamin bottles could certainly be made of more sustainable materials than plastic. Enter Maria Cebrian, the founder of the vegan supplement company Terraseed. Not only is she producing and selling 100% vegan supplements, but her vegan vitamins come in very sustainable containers. Not an ounce of plastic.

She has done more than that, though. Terraseed has teamed up with the global animal protection organization The Save Movement and launched the Transparent Label Campaign to fight against the lack of transparency regarding animal-derived ingredients in the nutritional supplements industry.  UnchainedTV‘s Jane Velez-Mitchell had a conversation with Cebrian to learn about this issue. Here’s the video:

Maria Cebrian is a third-time entrepreneur and a Forbes 1000 honoree. She has 14 years of experience in the digital and wellness industries. But, when she became vegan, something happened that led her to create Terraseed.

“I went vegan four years ago. I had been a vegetarian for many years, and I always wanted to go fully vegan, but I was always afraid of my nutritional needs. I’m a marathon runner and I run long-distance races. I went vegan for the environment and the animals.

“I started taking supplements and it was such a bad experience. It was all these plastic pill bottles. I didn’t even know what was in my pills.”

The nutritional supplement industry in the US has not been very transparent regarding the origin of its ingredients. Since they are not required to disclose the origin on the labels, vegan consumers may buy them without knowing they are purchasing animal ingredients. Cebrian found this very upsetting:

“I started researching and found out that a lot of ingredients in my supplements were made with animals. But, the FDA doesn’t require brands or manufacturers to include that information in the supplement facts label. This is a horrible experience for a vegan person. So, I decided to build the most ethical and sustainable supplements on Earth and that’s how I started the business.”

“The problem with supplements is that there is a lack of regulation by the FDA. I think the FDA is putting the responsibility on consumers.” — Maria Cebrian, founder of Terraseed

Terraseed produces The Complete Multivitamin for Vegans. This all-in-one, sustainably sourced, vegan multivitamin is 100% cruelty-free. It contains Omega-3 + DHA/EPA, Vitamin D3, Vitamin B12, Vitamin C, Iodine, Zinc, Folate, Magnesium, and also iron. Cebrian explains that this last nutrient may be the reason why Jane, who has been using the product, feels very energized:

“We have a formulation that includes iron — not many multivitamins include iron. That’s probably why you’re feeling that boosting of energy. A lot of women are actually iron deficient and they don’t know. Or, the iron storage in their bodies is really low. So, you will feel the effects of the iron right away.”

“This packaging is made with cellulose that is 100% biodegradable. It’s also industrially compostable. So, if you have a composting facility in your town, you can throw it in the compost bin and it will compost right away. And we also use a compostable pouch.”

“We build Terraseed to give vegans who are new to veganism or the vegan diet a way of making sure they were getting all the nutrients they needed”— Maria Cebrian, founder of Terraseed

The Campaign to Change the Nutritional Supplements Industry

According to The Save Movement, more than 24 billion animals are killed each year by the nutritional supplements industry, which is worth $55 billion. Cebrian broke this figure down:

“24 billion fish are killed every year by this industry to create fish oil. And 14.4 million pigs, 3.6 million cows, and 244,000 sheep. By-products of these animals, like fat, tendons, or bones are used to make innocent-sounding ingredients, like gelatin or Magnesium Stearate. I think consumers are not aware of this.”

In addition to creating her company, Cebrian decided to try to change the entire nutritional supplement industry:

“That’s why we’ve partnered with Animal Safe Movement to create the Transparent Label Campaign. We are petitioning the FDA to include a section on the ‘supplement facts’ labels indicating the use of animal-derived ingredients in supplements. Now, we need 25,000 signatures and we’ve got almost 4,000. We are very hopeful that we will get to that milestone very soon.”

You can help by adding your signature here.

Charlise Rookwood, Helping Everyone Reconnect With Their Plant-Based Roots