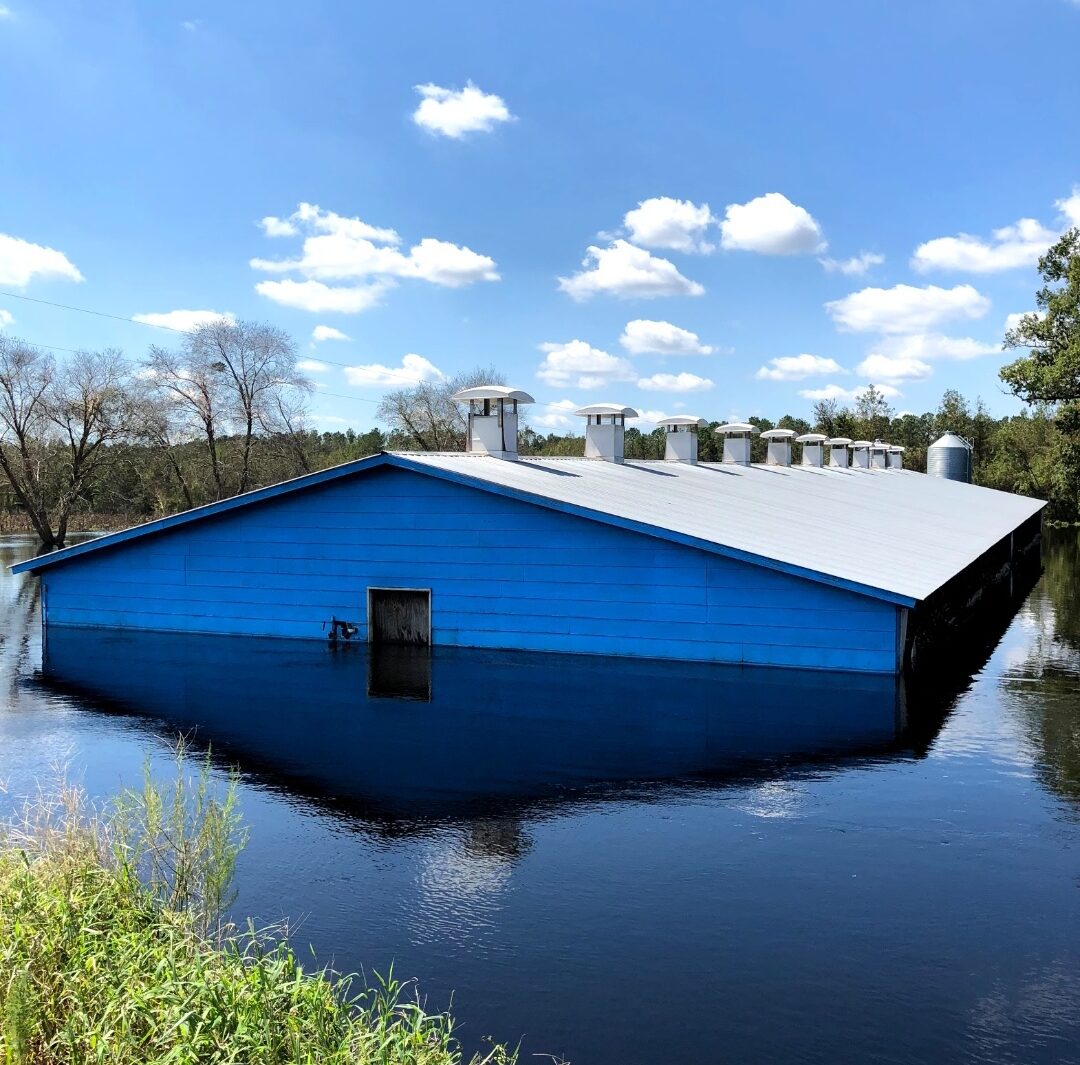 #JaneUnChained LIVE with Anita Krajnc the founder of the Save Movement, Renee King-Sonnen of the Rowdy Girl Sanctuary, and Roxanne Kirtright, organizer of the North Carolina Farmed Animal Save group. They are all here to talk about the horror in North Carolina where 3.4 MILLION animals were left to drown and are being described as “live inventory!” That number is expected to rise! We are discussing the solution. These warehouses must transition to other form of commerce so this tragedy never happens again!

These women and leaders of the animal rights movement are here to try to offer solutions to this crisis that is happening in North Carolina. Our species has reduced innocent animals who are victims of the animal agricultural industry to mere inventory. Anita explains we have to transition away from animal agriculture now because it is not sustainable and it is adversely effecting our climate. Hurricanes and natural disasters are going to continue to happen. At the rate we are destroying the environment, it’s only going to get worse.

The Save Movement utilizes a “love-based approach” and community organizing in order to help others make change in a non-confrontational inviting manner. The movement usually receives positive media stories because of this approach. They aim to increase the knowledge on a wider scale of animal cruelty and climate change due to animal agriculture. Hopefully they can help change people’s minds with their new found knowledge. Time is up for the environment and one of the best ways to save the world from total destruction is by eating a plant-based diet. We have the power to change the dialogue towards the masses of animals that need our help!

Jane points out that pigs that have been rescued were returned to the farmers by police in many cases. The police insisted these animals were property even though activists pointed out that the pigs had been swimming in contaminated water making them unsuitable for consumption. Anita makes the historical parallel to The Fugitive Slave Act, where runaway slaves could legally be apprehended and returned to their masters in 1850. These animals have no rights under the law and are seen legally as property, just has human beings of color in the United States were a hundred years ago.

Renee stresses the unity that is necessary in order to make change. She says we need to utilize a “love-based approach” to help ranchers transform their businesses. We should “rescue ranchers” from their animal agriculture businesses. Renee runs a ranchers advocacy program which helps ranchers transition to other forms of businesses that do not involve animal agriculture. This means they can turn their land into sanctuaries, solar farms, windmill farms, mushroom farms,  ingredient suppliers for vegan food businesses, and countless more. She says that we have to communicate with the farmers on a level they can relate to in order to guide them to another way.

Roxanne is an powerful community organizer and she helping create coalitions with other groups in the North Carolina area so they can work together and make this change happen. Anita points out that we need to work with climate groups and other groups with alike goals in order to create a united front for change. Roxanne adds that animal activism is marginalized. One of the ways she suggests to open up to the community is to attend other groups networking events. We should show other groups we are interested in working toward their goals alongside our own. Roxanne explains we should approach their groups with how we can assist them with their goals. Later, these groups will be more open to supporting animal rights causes. Intersectional issues are connected in one way or another to animal rights issues. It just makes sense to work together.

It is time to make this a national discussion. We need to get this story and stories like these into the mainstream media. The world needs to know there is more to this crisis than manure lagoons. Millions of animals have died unnecessarily. It is at the hands of the consumers that created demand for their lives. This same demand makes their bodies devalued to inventory instead of sentient beings worthy of life. The world is not changing fast enough. We have to focus on the human population and the error we are making as a species by allowing and creating disasters like these to victimize our fellow earthlings. Everything in existence is at our mercy including our own lives.

Watch the next video featuring Renee King-Sonnen speaking about solutions and how her rancher’s advocacy program can help!

#JaneUnChained LIVE covering the flooding catastrophe in North Carolina that has left 42 humans dead and 3.4 million factory farming animals dead, with the number expected to skyrocket! Most are chickens but at least 5,500 pigs have died. This has happened before! It’s time to transition these warehouses called “farms” out of animal agriculture and into another form of commerce. Renee King-Sonnen of the Rowdy Girl Sanctuary in Texas, an animal sanctuary which used to be a cattle ranch, joins us to call for a national dialogue to transition away from environmentally devastating animal agriculture. This is the time to switch! Cover photo courtesy Ethically Elizabeth who was on the ground in North Carolina!

Visit these resources for more information on how you can help: