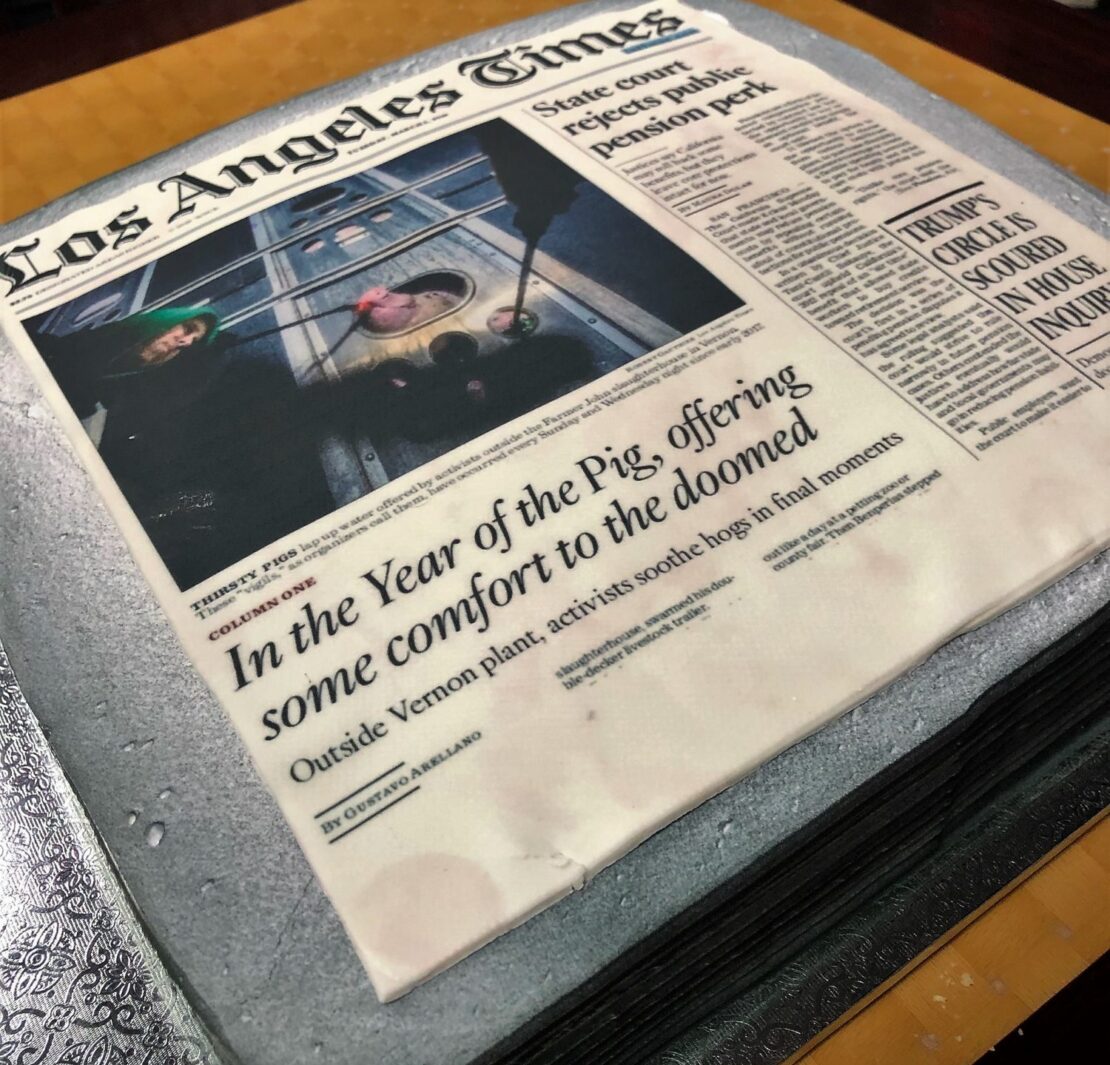 #JaneUnchained #LIVE at a pig vigil outside a slaughterhouse in Los Angeles, California. This special vigil was organized by Los Angeles Animal Save and Animal Alliance Network as part of the worldwide  Save Movement. Tonight these two groups have come together to share the momentous victory of breaking through the mainstream media and the powerful article by Gustavo Arellano that was featured on the front page of The Los Angeles Times! This article marks the passageway for animal rights issues to be featured in major publications and it will hopefully lead to the discussion about the treatment of animals becoming normalized. Unfortunately, the pigs this night and 56 billion other animals are being killed every second around the world, but this publication is a glimmer of hope for change. These activist groups will continue to push so that others will have the opportunity to see the truth behind animal agriculture. Share this post and the article from The Los Angeles Times to share the truth with others. Together we can make this world a better place for these pigs and every other being.

Check out Josh’s interview with Moby in the next video!

#JaneUnchained #Live with recording artist Moby at a pig vigil outside a slaughterhouse in Los Angeles, California. Josh was able to catch up with the world-renowned vegan musician and owner of Little Pine Restaurant, Moby. He explains his reason for being here at the vigil. Moby says he is there to show support for the movement and to share this experience on his large social media platforms. He also hopes to be able to convey the reality of these sentient creatures on their way into the slaughterhouse. Moby has been vegan for 31 years and being at vigils reminds him that he and everyone else at these vigils are on the right side of history. Please attend a vigil if you can and share the truth with everyone you know!

Representatives of the slaughterhouse or animal agriculture are invited to respond at any time.

Read the Los Angeles Times Article on their website!

Connect with your local Save Movement chapter to attend a vigil and get involved.

Special cake donated by Earvin Lopez of Vegan by Victoria’s.