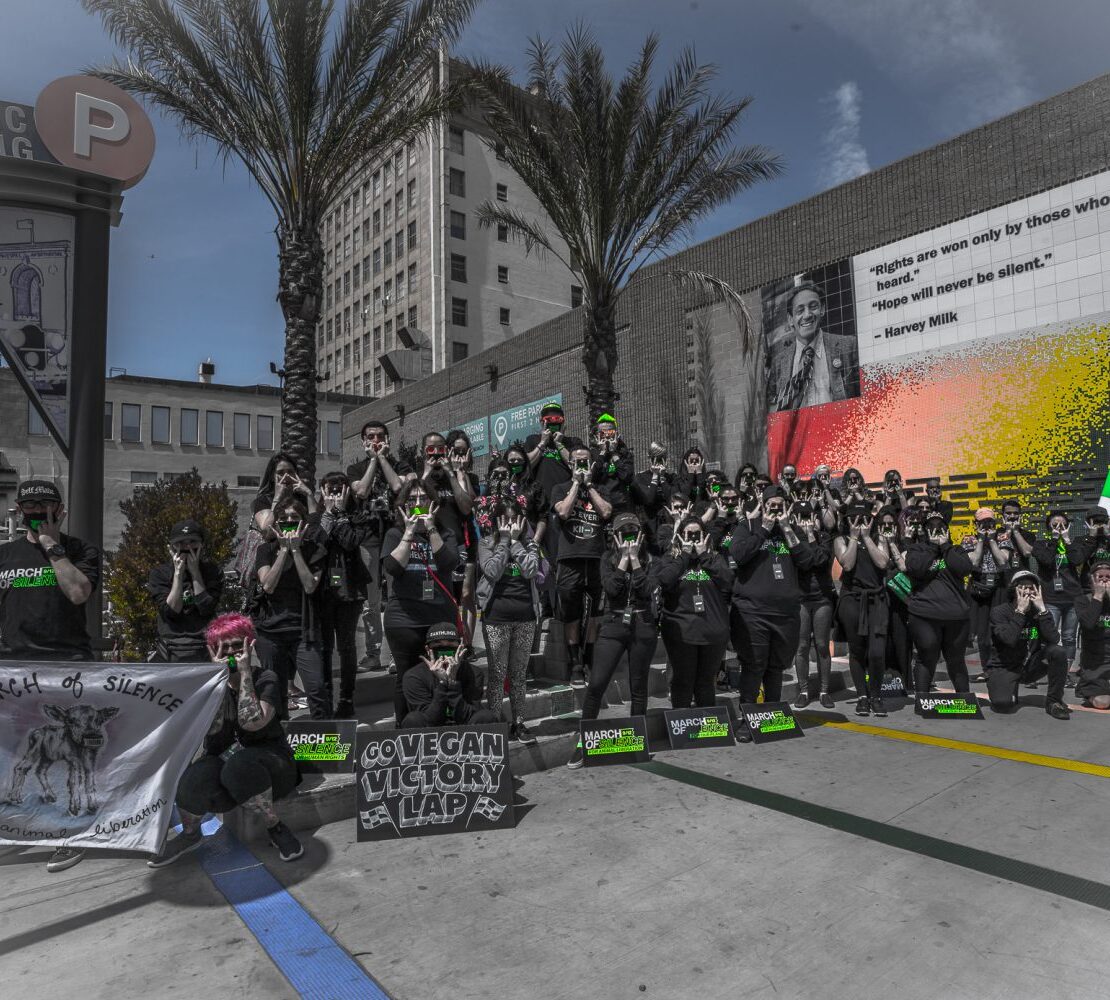 BREAKING NEWS Jane Unchained LIVE in Long Beach, CA outside of Grand Prix of Long Beach, where activists are gathering for the March of Silence to march in solidarity for the rights of all beings and the conservation of our planet. The March of Silence is officially an international movement with their newest chapter starting in Puerto Vallarta, Mexico! Would you take a vow of silence for a day to experience the imposed silence beings around the world experience every day? Go vegan to do your part to win the race for the sake of all life on our planet!

Today activists with the March of Silence organization came to this popular racing event in Long Beach to raise awareness about the human rights, animal liberation, and environmental factors destroying our planet. There was a huge crowd of diverse racegoers that were intrigued with the March of Silence’s message. One after one, bystanders would approach the group and ask them what they were doing. Due to the fact, that this group holds activism events in complete silence, they gave inquirers a pamphlet explaining the mission of the group and how to get involved. The March of Silence holds silent marches and demonstrations to promote silence instead of violence for all lifeforms. Activists from the Las Vegas, Ventura, Long Beach, and Puerto Vallarta chapters were also in attendance at this event. Get involved with this expanding group and mark off your calendar for their large annual March of Silence MOSfest on September 12, 2019! Come be a voice for peace and hope for a better future without uttering a word.

Photos Courtesy of The March of Silence.

Beagles Rescued From Lab Will Soon Be Adoptable!