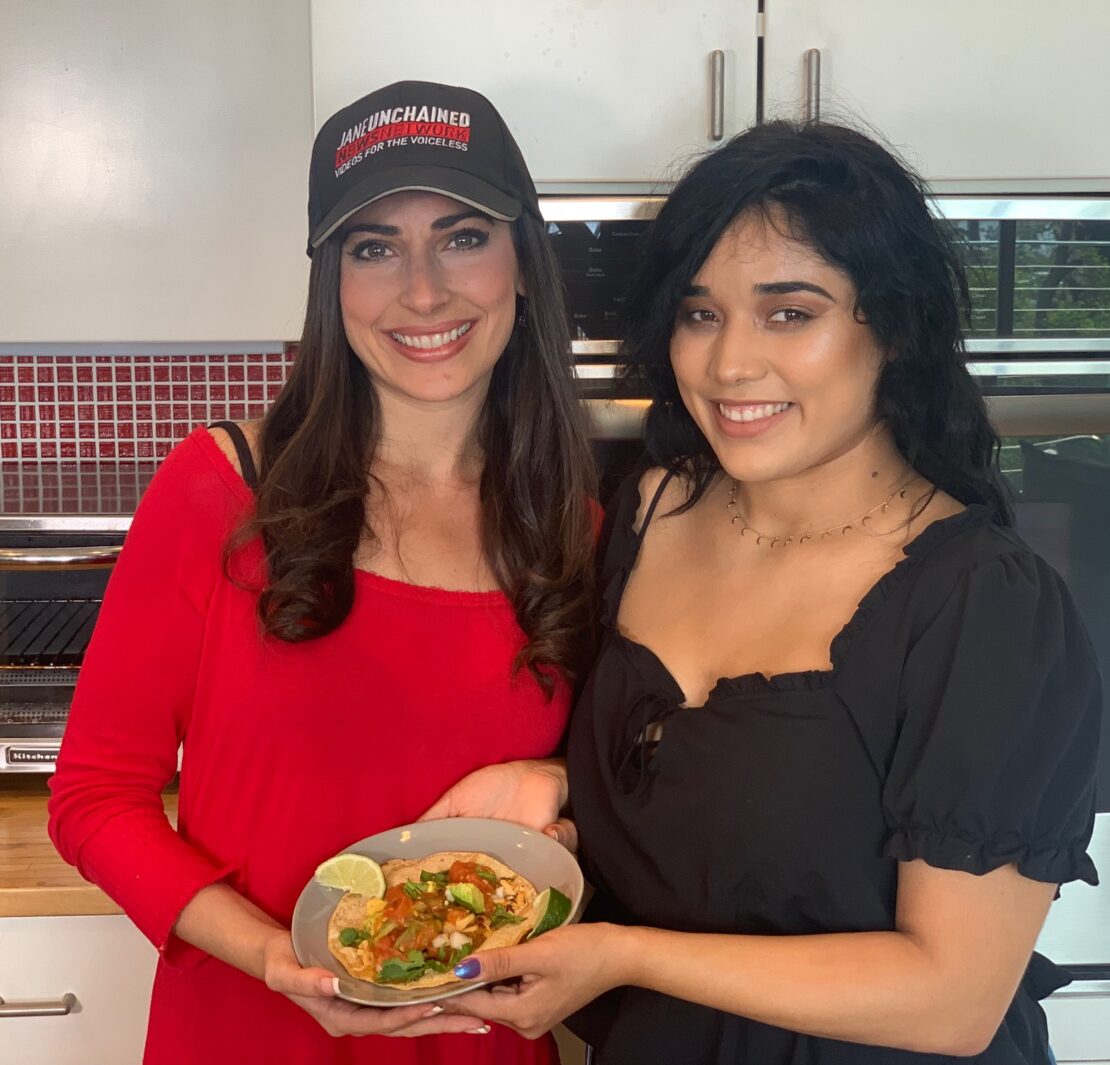 Tacos! Arriba! Join our #LunchBreakLIVE with guests Carissa Kranz, a former professional ballerina, a compassionate lawyer and founder of BevVeg International, along with Alexis Sanchez, currently an intern with Mercy For Animals, a political science student at Cal State University Northridge and a vegan chef as they enjoy the Countdown to the VegFest Los Angeles on Cinco de Mayo with hearts of palm tacos!

Here is a little more about Carissa, taken from her website:

“Carissa is a former professional ballet dancer-turned lawyer who is licensed to practice law in New York, Washington D.C., and Florida. Aside from anchoring on the Law & Crime Network as a show host with Dan Abrams, you may have seen her on Nancy Grace, Dr. Drew, Fox News, CBS, CNN/HLN, NBC, Sirius radio and other major news media outlets as the Legal Expert.

Before founding her own law firm in order to be a caregiver for her ballet teacher-mentor, Carissa worked as a Prosecutor where she tried close to 100 cases, a litigation attorney at Greenberg Traurig, a law Clerk for the California Supreme Court, and legal counsel for a law clinic representing indigent clients, to name a few. Carissa now runs the Law Offices of Carissa Kranz, which is a law firm for injured clients. Carissa’s law firm also runs BevVeg International, which focuses on vegan certification for products and is considered the stamp of approval for conscious companies by Forbes, California Wine Advisor, PETA, CBS news, NBC news, Social Life Magazine, LiveKindly, Vegetarian Resource Group, and the Minnesota Growler, Drinkhacker, Bartender magazine, among others.

Carissa was awarded: Top 40 Under 40 trial attorneys by ASLA; Martindale-Hubbell legal leader award with an AV Preeminent rating score; the AVVO Client’s Choice Award with a superb 10.0 rating, Super Lawyer — Rising Star (2018 – Present), among other awards. After graduating from the University of Florida’s School of Journalism, summa cum laude, where she served as an anchor for an Emmy winning newscast, Carissa attended UC Berkley School of Law. In law school, Carissa was as an Editor of Law Review and awarded Best Oral Advocate. After law school, Carissa earned her master’s in Journalism from Northwestern University’s Medill School of Journalism, where she was the Bloomberg Scholar and a Capitol Hill correspondent.

Carissa is a lifelong vegan, and believes empathy and compassion are what matters most.”

Carissa is the founder of BevVeg!, which is a law firm that certifies vegan products/companies, assuring consumers that the product/beverage is 100% vegan.

“Vegan Certifications by BevVeg! International are managed by the Law Offices of Carissa Kranz, P.A.

BevVeg! International was featured in Forbes, California Wine Advisory, PETA, CBS News, Social Life Magazine, and the Minnesota Growler to name a few for being the expert authority in vegan certification. BevVeg! has certified beverages around the globe from Napa to South Africa, including Bellissima Prosecco, Christie Brinkley’s line of sparkling wines.”

Alexis has been vegan for 4.5 years and is currently working as an Outreach Assistant Intern for Mercy For Animals since January of 2019. She is a senior at California State University, Northridge majoring in Political Science with the intention of going to law school for Animal Rights Law and Environmental Law.

Now, let’s check out the amazing food that was made on #LunchBreakLIVE with

I know you are all waiting for the recipe….so here it is!  These tacos are awesome, so I highly recommend you try making them yourself!  Let us know how you like them!