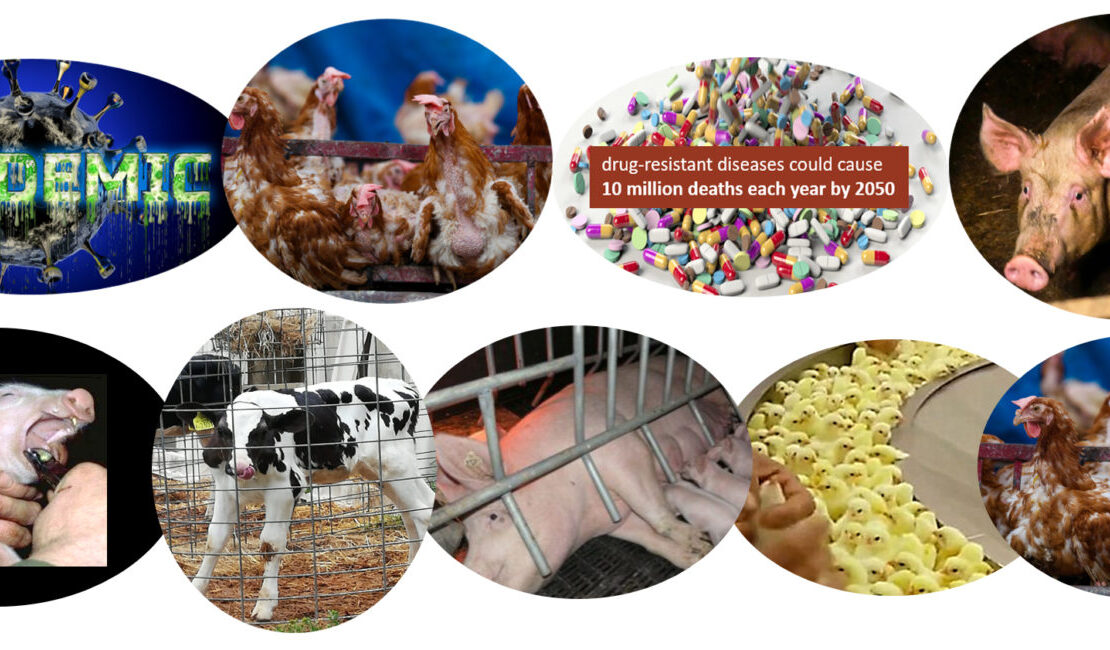 COULD ALL OF FACTORY FARMING BE ILLEGAL?

I will never forget the moment, as I sat in my plaintiff’s chair in a tribunal in England, when Judge Postle ruled in my favor, declaring ethical veganism to be a protected class, like religion. I had argued that I was unfairly fired for my belief in veganism… and I had won in court! I knew this was the beginning of something bigger. I knew that a new era for vegans had begun: the era of policies, rules, and regulations working for us, not against us. I hoped that the success of my legal case might open the door to new legal campaigns.

A year on, I learned that someone else seems to have gone through that door to attempt something huge for animals. They are beginning a legal process that may end factory farming in the UK. This is something never attempted before anywhere in the world. Ambitious? You betcha! These determined vegans are on a mission. They are all volunteers of the non-for-profit organization called Humane Being.

ANIMALS AND THE PLANET

In January 2018, Jannet Tredgett, a former trustee of the Royal Society for the Prevention of Cruelty to Animals, founded Humane Being. She did it at the same time she became vegan during Veganuary.

Jane told me: “I was vegetarian for 30 years before I went vegan. It took me a long time to join the dots, and then you realize, why I didn’t do this earlier? I wanted to set up an education organization to help to bring the messages of the planet and the animals together. All the volunteers are vegan, but not all came into it for the animals. My husband went vegan for the planet.” Jane now directs Humane Beings as a volunteer, as they don’t have any paid staff.

THIS MUST BE ILLEGAL

David Finney, a spokesperson of the organization and former policy adviser to the Green Party, explains his journey: “I was a voracious meat-eater right until I was 42. I didn’t think anything about it. Then I joined a meditation group, and they all were vegetarians… I kind of went vegetarian overnight, really. I’ll be five years vegan this May. I remember seeing a newspaper article with lines of cows in a shed. All lined up, having their food brought to them, and not outside. And it actually hit me at that moment. The spread of factory farming was much wider in the country than I realized. It was that moment when everything came together.”

One day, though, David got a brilliant and daring idea because of getting a book recommended by another volunteer, Peta Smith: “I started reading this book, Chickens’ Lib. and I had a telephone conversation with the writer, who is Clare Druce. She had been campaigning for years against the terrible productization of chickens and the terrible conditions they had been living in for so long. I was really impressed, and in that conversation, I think I joked to her: ‘Maybe we should take the government to court on this. Because, actually, your book demonstrates that factory farming is kind of illegal.’“ As an author myself, I like the fact that the trigger of the campaign to end factory farming was a book.

David ended up joining forces with Jane and Peta. Along with others, they launched a new campaign called Scrap Factory Farming. This aims to challenge the UK Government to end factory farming to prevent disease in people, protect the planet, and end the suffering of intelligent, feeling animals.

David explains how he conceived this: “Through research, we realized that factory farming was not only damaging the environment and being awfully cruel to animals, but it was also a huge health risk. We are saying to the government, with all this knowledge available to us, why are you allowing factory farming to continue?  It’s a threat to people’s health, it’s a threat to the planet, it’s intolerable conditions for the animals.”

“THERE ARE PROBLEMS WITH ALL ANIMAL AGRICULTURE, WE ARE NOT TRYING TO PRETEND THERE AREN’T. BUT WE KNEW THAT WE HAD A BETTER CHANCE IF WE FOCUSED ON FACTORY FARMING BECAUSE OF THE CONNECTION WITH THE PANDEMICS. IT’S THAT GENERAL PRINCIPLE: THAT THE GOVERNMENT IS NOT PROTECTING PEOPLE.”

They are not alone. The issue has reached the UK Parliament which now has an EDM (Early Day Motion) already signed by at least 16 MPs across parties. It calls for the Government to listen to the UK public on this issue. And the public has spoken. A 2021 poll by the vegan organization Viva! concluded that 85% of adults polled wanted to end factory farming urgently.

Humane Being’s legal team, formed by very prestigious lawyers such as the renowned Human Rights QC Michael Mansfield, has gathered a lot of support from experts too. Jane said: “When the legal team applies to go to court, they have to supply a bundle of evidence, listing out enough to substantiate why it’s a concern. That’s why we have been reaching out to a whole number of experts, to see if we can get witness statements from them. We’ve gotten about 50 from professors on issues related to zoonotic diseases, antibiotic resistance, the environment, etc.”

Animal and environmental organizations such as PETA, Greenpeace, Animal Aid, Viva!, or Friends of the Earth are supporting the campaign.

WHAT ARE THE CHANCES OF ENDING FACTORY FARMING?

At this stage, they have written to the government and received a dissatisfactory reply. They are now writing back showing their intent to apply to the court for a Judicial Review challenging the government. I asked Jane about their chances of the Court accepting their request. Is it possible that the U.K. government actually begins working to end factory farming? “Realistically, because it’s a world first, nobody has done a challenge like this (it’s a bit like your case), even if we don’t get anything by way of formalized legal change, if just gets the issues out there, and gets them debated, raises awareness, you know, that would still be a win. I don’t think there is anything to lose, other than the financial side, by trying it.”

To cover their legal fees, they are now crowdfunding via the website CrowdJustice, asking people to donate and get the issue discussed in the mainstream media. British citizens can also write to their MPs expressing their wish to end factory farming.

When I started my litigation, I was just a fired individual without enough money to take my former employer to court. But I did it, and it worked. A sense of inspiring optimism that many animal protectionists possess drove me. I can see it in Jane when she said…

“WE ARE JUST A SMALL GROUP OF VOLUNTEERS, BUT WE BELIEVE IN WHAT WE ARE DOING AND WE REALLY WANT TO MAKE SOME NOISE WITH THIS. I THINK SOMETIMES YOU’VE NOT GOT TO BE HELD BACK BY BOUNDARIES AND CONSTRAINTS, AND YOUR OWN BELIEF IN WHAT CAN OR CANNOT BE ACHIEVED. UNTIL YOU TRY IT, YOU DON’T KNOW.”

Vegan Waffles, Crispy On The Outside, Fluffy On The Inside.