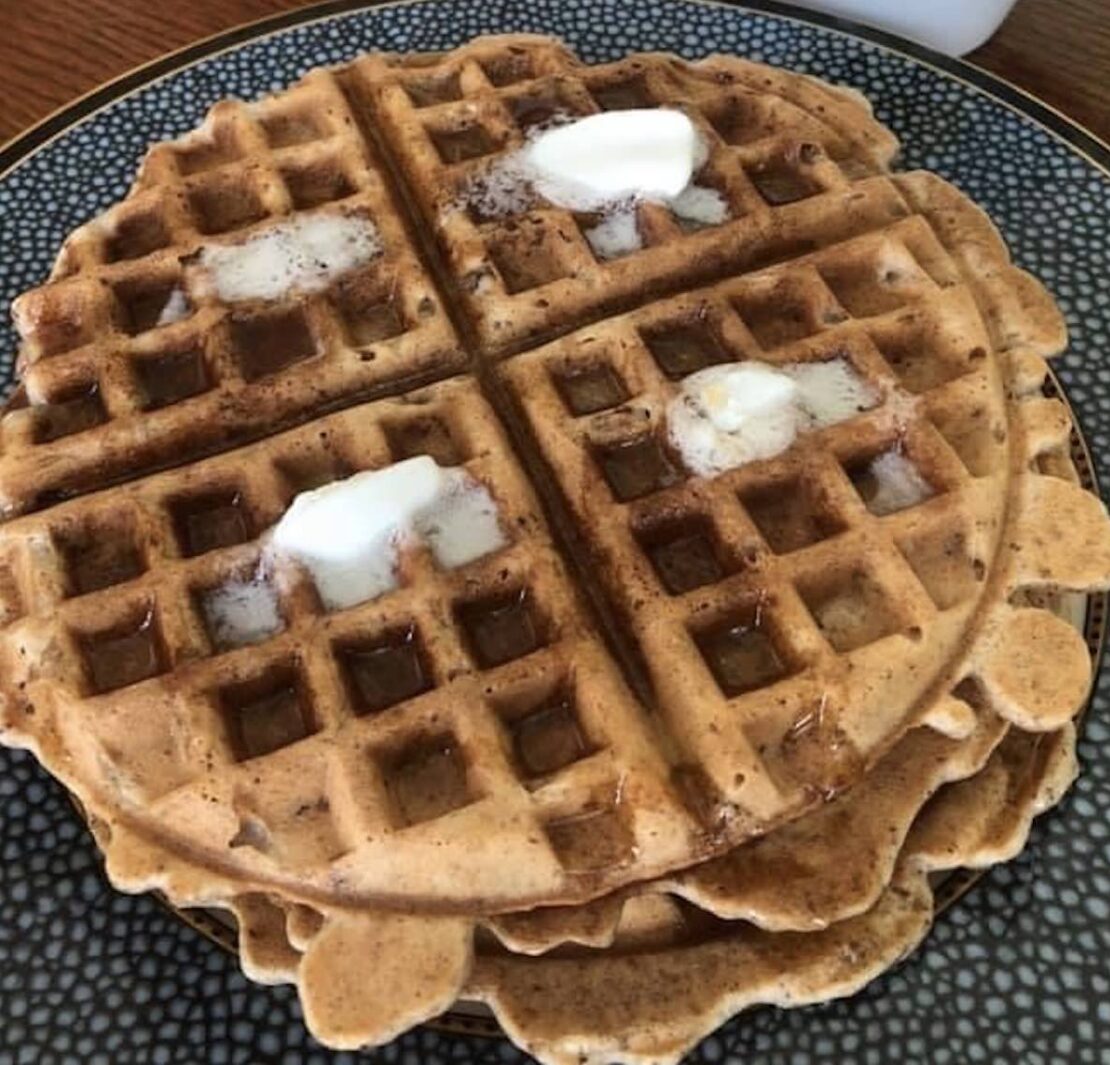 These Vegan Waffles Will Make Your Mouth Dance!

Vegan Waffles today on  #lunchbreaklive. These are simple to make, delicious, and crispy on the outside, fluffy on the inside. This is one of those recipes that are very difficult to mess up, so I hope you give it a try. Dani Rukin aka The Daring Vegan joins us in the kitchen, showing how to make this scrumptious breakfast favorite!  Let’s check it out.

Dani Rukin (aka The Daring Vegan), is a #JaneUnChained citizen journalist and fearless, outspoken warrior for animals, tirelessly traveling the globe spreading the message of compassion, truth, equality, and justice for all.  She is an incredible activist for the animals and the planet.  Dani is also a pretty damn good cook too and she has many vegan recipes up her sleeve.  In fact, she has been on #LunchBreakLIVE several times, either cooking up amazing meals or traveling the globe showing us all the vegan options that exist around the world.  One of my favorites was a great episode where she showed us how to make vegan breakfast cookies.  I mean who doesn’t want a cookie for breakfast?  Check out that episode HERE.

Dani is also one of the contributing writers in Brittany Michelson’s just-released book, Voices for Animal Liberation: Inspirational Accounts by Animal Rights Activists. Her piece, “How I Made the Connection: Gay Rights, Feminism, and Animal Liberation”, speaks truth to power and calls readers forth to make the connection between the exploitation of animals and all other forms of injustice.

Making vegan buttermilk is so easy and the waffles come out fluffy and crispy with the same great taste as traditional waffles, if not better.  Vegan Waffles and Pancakes are my absolute favorite.  I could eat them for breakfast, brunch, lunch, or dinner!  Any time of the day works for me.  The fluffier the better, and these waffles appear to be super fluffy on the inside, as they should be!   Be sure to add toppings and add-ins:   You could drizzle them in maple syrup, whipped cream, vegan butter, lemon curd, fresh berries, sliced bananas, vegan Nutella, slivered almonds, or caramel drizzle. Customize your waffle batter with tasty add-ins. You could use dairy-free chocolate chips, sliced bananas or strawberries, peanut or almond butter, blueberries, a hint of cinnamon or pumpkin spice. Give the recipe a try and let us know how you liked them!  The recipe is below. 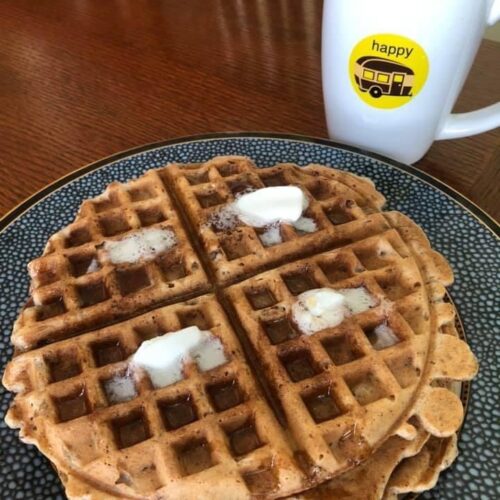 These vegan Waffles are a family favorite...fluffy on the inside, crispy on the outside. Drench them with your favorite plant-based butter and maple syrup...plus all the toppings you love.
Print Recipe Pin Recipe
Course Breakfast
Servings 8 waffles

Tips for the best waffles The batter should be fairly thick. If it’s too runny, add a few
tablespoons more of flour. If it’s too thick, add a little more water.
Don’t over-mix the batter. Mix until everything has just combined for
the lightest, fluffiest waffles. If there are lots of lumps, just let
the batter rest for 10 minutes so they can dissolve.
If you’re not ready to serve the waffles immediately, keep them in a
warm oven (200ºF) until you’re ready to serve. This will keep them
crispy and hot. How to store leftovers Wrap the leftover waffles individually or seal them in a container.
Store them in the refrigerator for 3 to 4 days. To freeze the waffles, place as many as you can in a freezer-safe bag.
They freeze very nicely and will last for up to 3 months. Pop the frozen or chilled waffles in a toaster until they’re warmed
through and crispy.
Keyword vegan
Tried this recipe?Let us know how it was!

Thanks For Joining Us For The Best Vegan Breakfast/Lunch Ever!

I absolutely LOVED this episode of #LunchBreakLIVE because I LOVE breakfast any time of day!  Dani was on before,  showing us how to whip up another delicious vegan breakfast using Just Egg.  You can check out that episode HERE.  And if you are looking for other easy plant-based recipes to try, be sure to head on over to the #LunchBreakLIVE page where we have a ton to choose from. Until next time…keep cookin’!