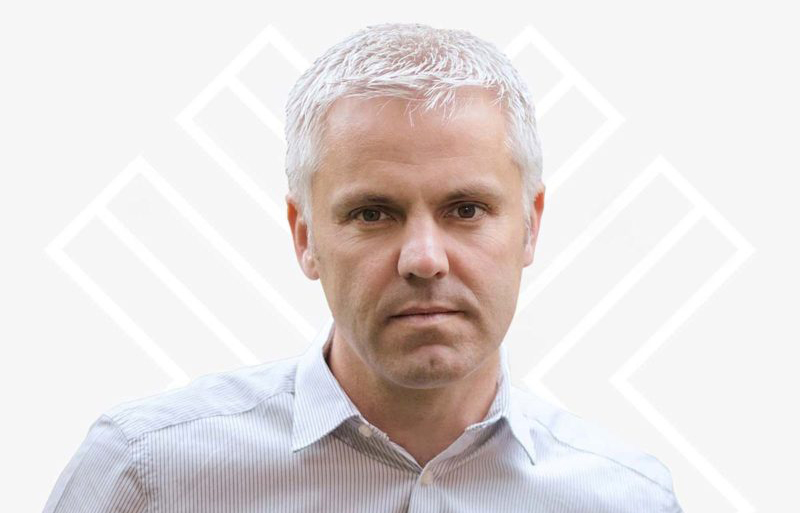 Famed vegan entrepreneur Matthew Glover gave a very revealing interview to Elysabeth Alfano of Plantbased Business Hour in July of 2020.  You can watch Who is the Creator of Veganuary, Million Dollar Vegan and now Veg Capital? at the end of this article. But, here are the cliff notes.

Matthew is originally from the city of York in England. He is the co-creator of the hugely successful charity Veganuary, the Million Dollar Vegan campaign, and the private venture fund Veg Capital. He seems to like to start up new vegan ventures. When they’re up and running, he moves to the next one. I contacted Matthew during my legal case that led to ethical veganism being a protected class in the UK. Since then, I have been following his amazing work with admiration. Now, his fascinating backstory reveals a transformation from hard-nosed businessman to kind-hearted vegan visionary.

“I’ve been a businessperson, and entrepreneur since I was 21. In the windows and doors sector. Manufacturing windows and doors. Not very exciting. I spent my twenties and early thirties, really, just trying to be rich. I wasn’t a nice person, actually. Just trying to make money, and drive fast cars, and big houses. All that sort of stuff. And then you start to sort of challenge that. Thinking ‘Am I happy doing this?’ And around about 19 years ago I went vegan, and that was such a big change in my life. And everything starts to change. So, I was this vegan guy, in the north of England, hanging out with a lot of builders and joiners, and, you know, window people. So, I was the only vegan around.” Matthew Glover, Managing Director, Veg Capital.

Matthew is currently the Managing Director of Veg Capital and co-founder of VFC®, a Vegan Fried Chick*n brand. But his success in veganism started in 2014 when he co-founded, with his wife Jane Land, the charity Veganuary. This is an annual challenge that educates people about veganism by encouraging them to follow a vegan lifestyle for January.

The campaign grew from 3,300 people signing up for the challenge in the first year to nearly 600,000 in 2021. In 2017 Matthew and Jane stepped down from running the charity but still serve as trustees on the Board. At that time, he said: “The intensity of our work for animals and the heartache it can bring has taken its toll on us. Like many others in the movement, our health has suffered, and our personal relationships have been affected.”

Elysabeth asked him how Veganuary began: “I’d taken part in a campaign called ‘November’ where you grow a mustache for the months of November. I thought it was such a great campaign. So, when I got together with my wife Jane, we started to think about: what is the best thing we can do for the animals. Well, we thought about ‘November.’ Vegan had to be whatever someone would be doing for the month, obviously. And then, what was going to be the best month. And, really, it had to be January because of  new year’s resolutions. People eating so much food at Christmas. Also, most people focus more on health, and chucking things. We had ‘vegan’ and ‘January’, and we thought, well, Veganuary, is that going to work as a word?   And it took off. We were so lucky. The media immediately picked up on it, which was great.”

The Effects of Veganuary Are Widespread

Veganuary is much more than a charity encouraging people to try veganism for a while. It effects the entire vegan food market. Matthew explains:

“One of the things that’s been great is that myself and Jane, really sort of built the campaign. We bootstrapped it. The money we were making out of the window business was financing the start of the campaign… The campaign has always been non-judgmental. We have always been keen to work with companies. One of the key things that Veganuary does now is: engage with corporations. We are speaking with chain restaurants and supermarkets. All the way through the year. Helping them build-up, so they can do new product launches, have special offers, add vegan options to their menus for January. That’s the key thing. And it just builds year after year. So hopefully we will not run out of steam. We’ve got a great team now. It’s just building year after year.”

Elysabeth summarizes very well the effect Veganuary is having: “You are taking your business expertise and you’ve created Veganuary. And the result of that has created corporations’ interest. And, as a result,  it creates a market for small businesses to have products ready for these other corporate entities which carry and distribute them in January. “

Million Dollar Vegan is also a charity. It encourages world leaders and individuals to take a vegan pledge to protect their health, the planet and animals. Matthew ran it from July 2018 to February 2020.  It launched in February 2019, asking Pope Francis to go vegan for Lent. He didn’t, but that campaign resulted in more than 1,000 media articles around the world.

Matthew left the charity but remains involved in an advisory capacity with Naomi Alicia Hallum, who now runs it. He talks about how the whole thing was first conceived:

“We initially thought of doing it for January, and tie it with the Veganuary campaign. Lent made much more sense with the Catholic Church. We decided to do that and we created a completely new brand for it.  The first campaign got so much media attention. And also, in regions that probably don’t hear about veganism so much. So, we did extremely well in Italy. We did extremely well in Spain and Portugal, which obviously are strong Catholic countries. No so good in England, in the UK, actually. We hardly got any attention here. But I think that was partly down to being quite a secular, non-religious society. So, there wasn’t interest in that. But on the whole, it was really positive.”

“Now we are working on food giveaways. I am not that involved anymore. There is Naomi who is based in Santa Barbara.”

“Mainly because of COVID-19 we changed the dynamic. It doesn’t feel appropriate to be offering million dollars at the moment to anybody. So, we switched, and we are giving food away all over the world to  needy people. Obviously, all-vegan food as well. ”  Matthew Glover

Matthew has been the Managing Director of Veg Capital since January 2020. Its website defines it as follows: “We are a specialist private family fund that primarily provides early-stage funding to plant-based companies developing products which help to remove animals from the food system.” They mainly provide early-stage Angel, Seed, and Series A funding, with investments typically ranging from £100,000 to £250,000.

“Through Veganuary and A Million Dollar Vegan, we became connected with some mission-aligned investors. I think I’ve probably seen over a hundred pitch decks. We invested sort of quietly in nine different companies. And I think we’ve got about four or five that we are in an advanced stage of discussions. Some great opportunities out there.”

They are focusing on the UK and Europe but are talking to companies in other parts of the world as well. Elysabeth asked him which sort of companies Matthew is looking for. “We are focusing on alternative proteins, meat replacements, dairy replacements, egg replacements. We are also expanding into ready meals.  If we’ve got a hundred decks, the likelihood is that we are only going to invest in five of them. And that’s too difficult for me. The thing I found most difficult is saying no to people.”

Working Funds for the Animals

Veg Capital is not just another venture firm focused on plant-based products:

“One of the key things that separate us from traditional venture capital is that we are giving all the profits away. It’s all going back to charity. And, we will focus on the most effective animal protection charities,  particularly the ones working on diet change. Again, this is a virtuous circle, because we are providing money to help on the demand side while we are also working on the supply side.”

“Our main focus as a fund is removing animals from the supply chain. That is at the core of it. We need to make very good decisions because our shareholders are effectively the animals. We are donating everything to charity. That makes it even more important because it’s not just money we are making for other people. We are trying to earn as much money as we can through sound business decisions. So, we can recoup money and reinvest it in that virtuous circle”.

Elyzabeth asked which charities: “It’s going to be two to three years before we start making any profits. So, we’ve got a bit of time before that.  It’s going to be a lot easier for us to donate tax efficiently with the UK and European registered charities. So, that might be The Vegan Society, Veganuary, ProVeg, Viva!, Animal Aid, those types of charities. But we’ve got two or three years to figure that out.”

“I think about the cause all the time, as we all do. Basically, trying to save as many animals as possible. That’s what I try to achieve in life.” –vegan entrepreneur Matthew Glover

Are We Going to Get the Vegan World?

Glover must have something to say about the future. After all, entrepreneurship skills include predicting it well. Elysabeth asked him for his predictions for the plant-based future in three to five years:

“I don’t know if they are predictions or hopes. But I would say, I certainly feel that there is going to be a lot more money coming into this sector, which is then going to help to stimulate the growth of more businesses. So, that’s a lot more new product development. That’s a lot more marketing budgets to promote more plant-based products. So, I can only see huge growth. All the surveys seem to be pointing in the same direction. You know, the traction is there, for these categories as a whole. So, I am incredibly optimistic. You have to be, don’t you?”

“But the thing I am more certain about is that I am uncertain at the same time. People often ask me ‘Are we going to have a vegan world?’ I don’t know. At the end of the day, I am going to work towards it. Because the closer we get towards it, that reduces the suffering of animals, better for the environment, etc. I don’t tend to worry too much about that. I just concentrate on doing what I am doing.”

“We are such as small bunch of people working for this cause, but I think the impact we are all having as individuals has the potential to be huge.” –vegan entrepreneur Matthew Glover 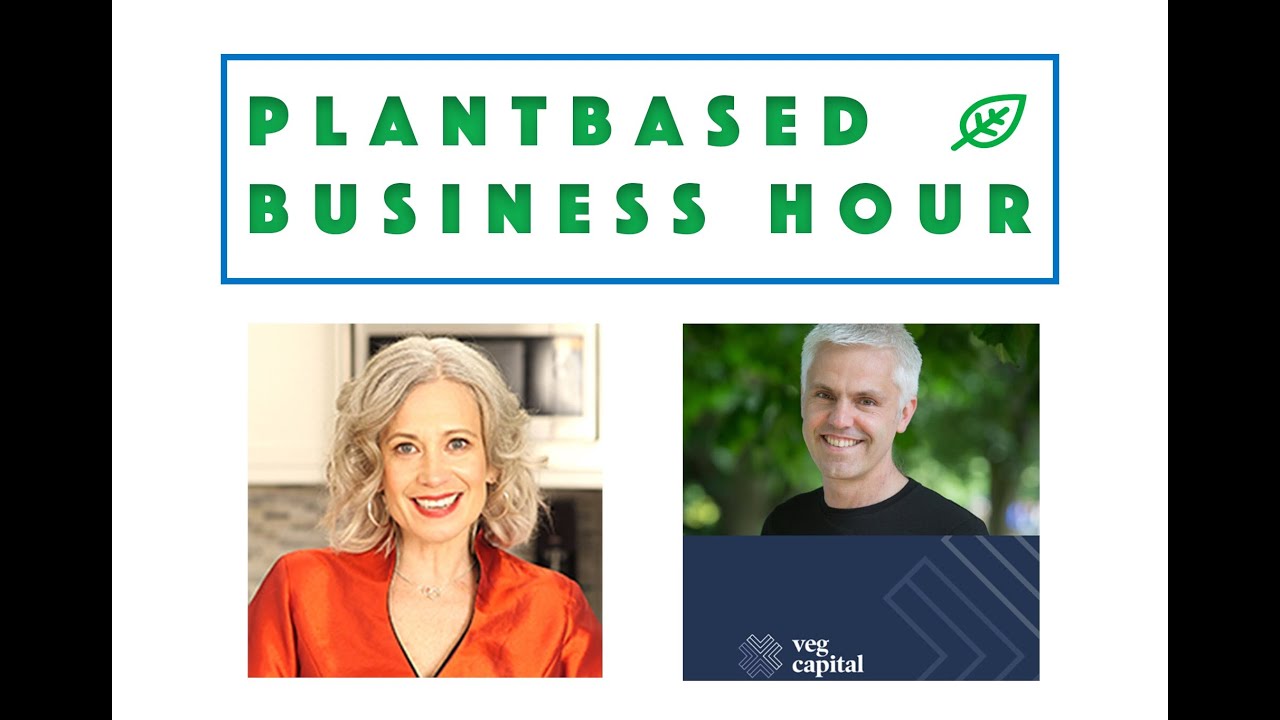