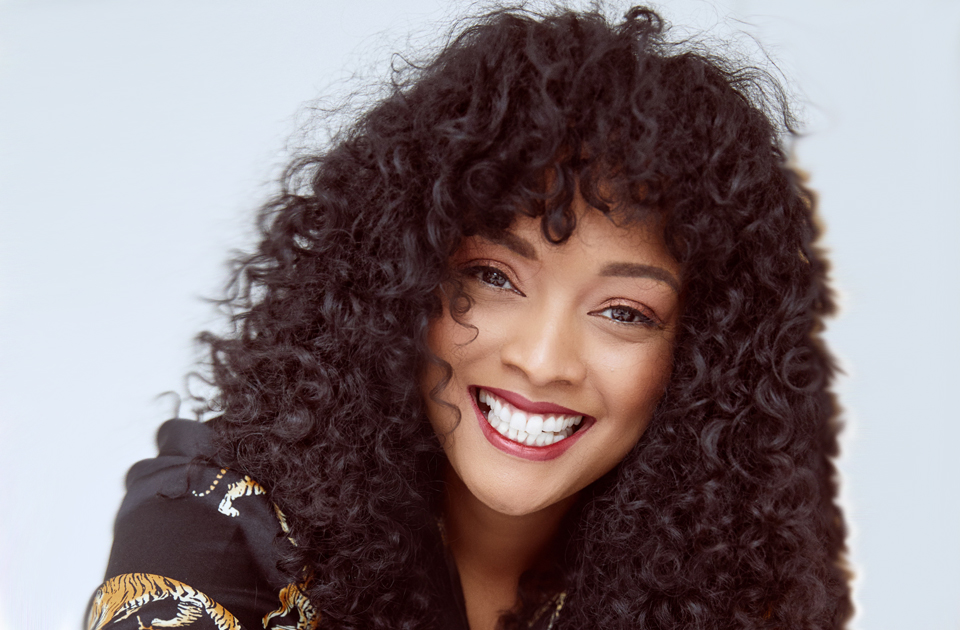 With her inspiring cooking shows, the vegan chef Charlise Rookwood, aka VeganSoulicious, is reconnecting everyone with their plant-based roots.

Los Angeles, September 5th, 2022, 9am – We all have roots. We may have successfully adapted to a new life in a new land, but our roots still manifest themselves through our food preferences and habits. Many people cite their roots or ethnicity when explaining why they’re reluctant to switch to a vegan diet, despite it being the healthiest and best for the planet. However, if you look closely, you may discover that your roots are, in fact, plant-based. Historically, most societies have depended on mostly plant-based meals and often meat has been the outlier. After all, industrialized animal farming, aka factory farming, is a relatively new phenomenon where animals are mass produced by the billions.

London-born chef Charlise Rookwood, who emigrated to the US and became the very successful vegan influencer VeganSoulicious, knows a lot about plant-based roots — in particular, her Jamaican and Mauritian plant-based roots. And now, she is helping everyone else to reconnect with theirs — vegan style! She recently appeared on the Today Show, exciting everyone with her vegan recipe for Jamaican jerk tacos.

Rookwood is also the host of The Black Vegan Cooking Show where she chops it up with tastemakers, musicians, influencers and the best vegan chefs in the country in search of the perfect plant-based meal. You can also watch her one-woman show, VeganSoulicious, on UnchainedTV.  The streaming network’s founder, Jane Velez-Mitchell, was keen to have Charlise on her weekly Voice America interview show. It’s simulcast on Facebook, and you can watch it here. Rookwood, known for her dulcet voice, radiant complexion and charismatic persona, is a walking advertisement for the benefits of a vegan diet.  You’ll find yourself saying, “I’ll have what she’s having.”

The Vegan Journey of VeganSoulicious

Rookwood’s plant-based roots were guiding her from the very beginning:

“I was on this journey, from a very young age, without even realizing it. I grew up in a Seventh-Day Adventist Church in London and they are naturally vegetarians. So, I ate predominantly vegetarian as a child. I didn’t like eggs, chicken, or milk. The only thing I loved was fish.”

But then, tragic events in her family changed everything:

“My dad felt ill with stomach cancer and also three of his siblings. Something was happening on the Jamaican side of my family. That’s when I started to dig into things and made the switch. We lost all four siblings including my dad, and that was a huge turning point for me. As sad as the whole thing was, I almost see my dad’s passing as a blessing because, if it hadn’t happened, I wouldn’t have been where I am now. My daughter wouldn’t be plant-based.”

Rookwood then created her brand VeganSoulicious, with its cooking shows and social media presence. It aims to meet people where they are and make vegan food look delicious and alluring. But, it does more than that. By veganizing many of the traditional dishes of her heritage, it reconnects people to their plant-based roots, especially people of Caribbean origin.

Charlise Rookwood now regularly visits schools where she teaches first and second graders about plant-based cooking and she runs a plant-based catering company known for supplying vegan baked goods to cafés across Manhattan.

Veggie Rolls Made To Impress

“When people can visually see that everything looks the same, like their grandma used to make in Jamaica, they say, ‘I should try that.’ That’s what I’m trying to do. I’m trying to pull people in.” — Vegan chef Charlise Rookwood

The Surge of Vegan Consciousness in the Black Community

For decades, there has been a huge problem with food deserts in the US, where marginalized communities do not have access to healthy food. They are forced to consume unhealthy, meat and dairy-based junk food and fast food. But, things are changing. Research shows that African Americans are the fastest-growing vegan and vegetarian demographic in the United States.  Rookwood says the black vegan movement is growing elsewhere too:

“It is happening in England too… I think the pandemic has helped push people of color to the forefront. They had a huge shock of just seeing the numbers of African Americans affected with COVID because of their pre-existing conditions. That was when VeganSoulicious started to make an impact. People were responding to these meals that I’m cooking from my culture. They can see that it’s accessible and we can make it affordable.”

By connecting people to their forgotten plant-based roots Rookwood hopes to help them have a healthier life and lower their carbon footprint.

“Sharing things that people can connect to from their ancestors, from their grandparents, from their Sunday dinners… they then realize this is what we’ve been doing forever but we just got a little bit lost along the way. I’m just trying to help everyone reconnect to their roots and bring it back.”

Rookwood is now writing a cooking book and preparing the next series of The Black Vegan Cooking Show.

“I try and just meet people with a plate of delicious food. I try not to lecture or to get too heavy. Keep it light so that people don’t get afraid or feel judged.” — Vegan chef Charlise Rookwood