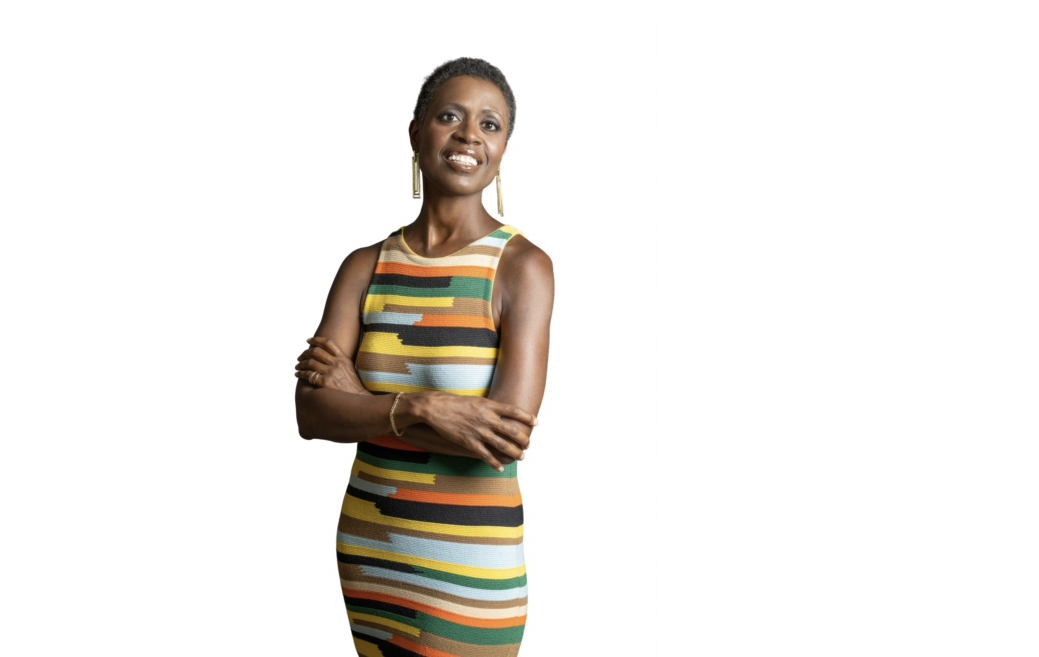 Get ready, because it’s coming. Can you imagine 10 million Black vegan women spearheading the vegan revolution in the USA? I can, now that I have learned about Tracye McQuirter. There are about 43 million African Americans in the USA, of whom 22 million are females. Tracy has decided to help half of them to become vegan. Why? Because she can.

Tracye McQuirter, MPH, is an award-winning public health nutritionist, vegan change-maker, and best-selling author. After years of championing veganism, she has now decided to take it up a notch. She started the 10 Million Black Vegan Women Movement. This revolutionary public health intervention will change the health paradigm for Black women now and for generations to come. Her goal is to help one million Black women a year to go vegan over the next 10 years. To achieve this, she has created a free program called 21-Day Vegan Fresh Start. It includes online cooking classes, meal plans and prep guides, vegan recipes, grocery shopping lists, nutrition tips, and expert guidance. In addition, a 6-Week Vegan Transition course and an ongoing Group Coaching program will support Black women going vegan together. Tracye is using the magic of community to create change!

UnchainedTV’s Jane Velez-Mitchell interviewed Tracye to get her insights into the African American community’s growing leadership in the plant-based movement. You can find some of her most inspiring answers in this article, and watch the entire video at the bottom of this article.

One of a Kind Among Millions of Vegan Women

Tracye has been helping people go vegan for more than 30 years. Based in Washington, DC, she has a Master’s degree in Public Health Nutrition from New York University. And, she has a Bachelor’s degree in Black Studies from Amherst College. She is the author of By Any Greens Necessary. The book’s tag line is: A Revolutionary Guide for Black Women Who Want to Eat Great, Get Healthy, Lose Weight, and Look Phat.

She also wrote Ageless Vegan, a book recommended for anyone who wants to live a long, healthy life. Tracye also created the first free African American Vegan Starter Guide. Tracye has been the health advisor for many organizations, including the Black Women’s Health Imperative, one of the largest health advocacy organizations for African American women and girls. Tracye explains her new project.

“So, I wanted to expand that exponentially and do it as a non-profit so that we could get substantial funding to keep these programs free, and as low as possible for the ones that we do charge for. My goal is to use everything that I have accumulated so far in these last 35 years to get as many black women to go vegan as possible. While we are fabulous while we are the current face of veganism, the majority of us experience the worst health outcomes in this country.”

Why Focus on Black Communities?

Most people will not know the historical roots of the US Black vegan movement. Tracye explains:

“One fact that most people don’t know is that up until the 1960s, African Americans, as a demographic, were the most likely to be eating fresh fruits and vegetables. We were the most likely to be meeting the recommended daily allowance for fruits and vegetables of any demographic in the country. And what changed is that, after Dr. King was assassinated, fast food companies with subsidies from the federal government came into cities. Chicago, Washington DC, New York, Cleveland and targeted these communities with fast-food restaurants. The first reason, of course, was greed, capitalism, all of that. But one of the reasons is the federal government thought that this would be a way to quell a rebellion. Provide jobs for young people and adults.

“What happened is, within 10 to 15 years, when the national food survey was done again, African Americans were then the least likely to be eating fruits and vegetables. So, this deliberate targeting continues, but people don’t know that. There’s just a lot of information out here the folks just don’t know. But, what I have found is that when you make these connections, people get it. They understand exploitation and extraction when it comes to housing, when it comes to education, when it comes to employment. They just may not have thought about it when it comes to food and health.

“There’s always been this big mighty river of African Americans who have been vegetarians since the beginning in this country brought alongside this wider ocean of folks who are omnivores.” – Tracye McQuirter, vegan change-maker

Why Black Women in Particular?

Naturally, Tracye can easily tap into the female psyche. But, why help specifically Black vegan women? It’s a matter of numbers.

“The latest research that we have is from the Pew Research Center. Pew did a study in 2016 that found that African Americans are the fastest-growing vegan and vegetarian demographic in the United States. 8% as compared to 3% of Americans overall. We know that there have been studies similar to this that have been going on since the 1990s. The Vegetarian Resource Group is one of those that did yearly food surveys. And what Pew found in 2016 is consistent with what has been found for decades. “

“African Americans have been twice as likely to be vegan. The numbers were twice as high as everyone else.  This is not a surprise for me. It is presumed that those African American vegans and vegetarians are mostly women because that’s what has typically been the case. And, so, if that is indeed the case, that means that Black women are the face of veganism in this country.

“In Africa, we were plant-centered — not plant exclusive.  African American women as a demographic eat the darkest leafy greens of any demographic in the country. And dark leafy greens are the healthiest food on the planet. So, what that means is this is not foreign to us.

“I’m an activist, and I think it’s about making these connections. I want Black women who have the worst health outcomes to be the healthiest. – Tracye McQuirter, vegan change-maker

How does the Black Lives Matter movement intersect with this?

“One of the things that I have been saying is that police kill about anywhere between 1,000 to 3000 people reported. There are 300,000 African Americans who die of primarily preventable diet-related chronic diseases every year. We should be in the streets about this, but we are not. We were in the streets about the 3,000. Both are tragic. Both are systemic. Both are preventable. This is the connection that people need to make.”

“I think a lot more people are making the connection now. Dick Gregory went vegan because of the practice of nonviolence during the civil rights movement. This is history. It’s relevant, and every time that I talk about it and hear other colleagues making these connections, it makes a difference. People understand the connections, and it helps them to make this change.

“10% of the population has to do something. Besides 8% of African Americans being vegan or vegetarian, 30 to 33% eat plant-based meals on a regular basis. That is a much higher number. And the number is higher with Americans overall. That is a tipping point that we have to talk about as well because it may not be going completely vegan, completely vegetarian, that gets us to the tipping point.”

“We don’t need to get 10 million to reach 10 million. When we get our first million, people are going to look around and say: ‘my friends are doing it, my church is doing it, my sisters are doing it. I’m gonna try it.’”– Tracye McQuirter, vegan change-maker