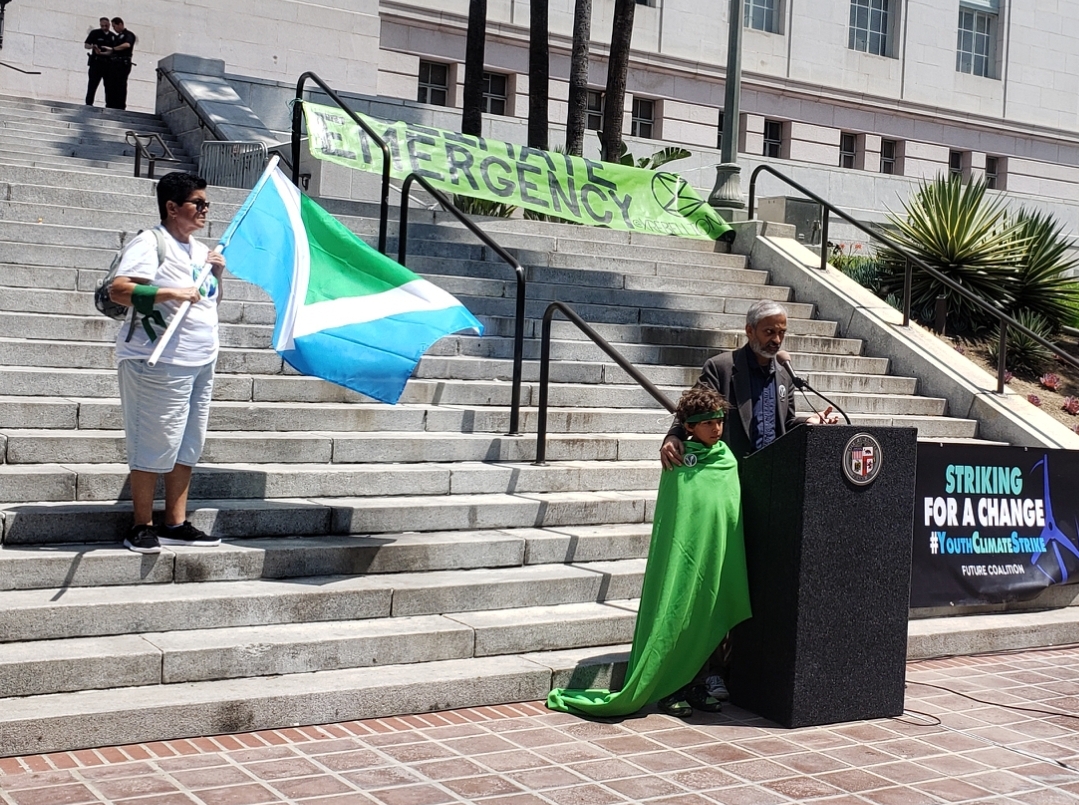 #JaneUnChained #LIVE at LA City Hall for the latest student climate strike! A keynote speaker is Dr. Sailesh Rao, who was instrumental in the development of the Internet and who now wants to create a vegan world by year 2026! The Climate Strike movement was inspired by a European teen named Greta Thunberg who said kids are striking because kids have done their homework on global warming and adults have not!
Dr. Rao explains as part of the Climate Healers Movement that he founded that we are running out of time. As greenhouse gasses rise, our environments deteriorate. He also explains that we live in a system of normalized violence. We kill more animals in 48 hours than all the humans that have died in all the wars to date. He explains that the reason these animals are being killed is that people are profiting from their deaths. There are companies that are profiting from the deaths of these animals and the diseases caused by eating them and products made from them. As a result, there is a nonstop cycle of fear, violence, and disease that is caused by our species’ practices. Due to the consequences of these practices, we are also killing our species and our planet. Dr. Rao praises the  United Kingdom for being the first country to declare a climate emergency. If only the rest of the world would follow suit and realize that we have several other emergencies as well. Dr. Rao explains we have an extinction emergency and we may see the extinction of all wildlife vertebrates by Year Zero 2026. We also have a health emergency with people getting sick due to diet and environmental changes. We will not be able to reverse or prevent more damage unless we transition to a vegan lifestyle and break the cycle of violence. Listen to this brilliant man and tell everyone his words so we can save this planet and it will remain sustainable for every being to live upon it!
See Councilmember Paul Koretz speak in the next video!

Councilmember Paul Koretz has put forth a motion to form a Climate Justice Emergency Department. He explains that when Los Angeles allocated half a million dollars to the climate emergency, over 400 cities followed this example and declared it as well. Paul does not want to see the human race destroyed because of our practices. He plans to align himself with environmental groups like The Youth Climate Strike and Extinction Rebellion in the future to do even more good for our planet. We can’t thank Councilmember Paul Koretz enough for his ground-breaking actions in the legislative arena for the animals and the planet!

Stay tuned for our LunchbreakLIVE during the Climate Strike!
Join us for today’s #LunchBreakLIVE with the successful YouTube Science Expert and Media Content Creator Mic the Vegan, in town as a panel moderator for VegFest Los Angeles. We’ll be live in downtown for the Youth Climate Strike Los Angeles March TODAY, with guest speaker Dr. Sailesh Rao. Enjoy sandwiches made by Chef Mina, founder of the catering company Life Is a Shiitake. Tune for “Science Facts With Mic!”
See Mic the Vegan share his perspective about the climate in the next video. 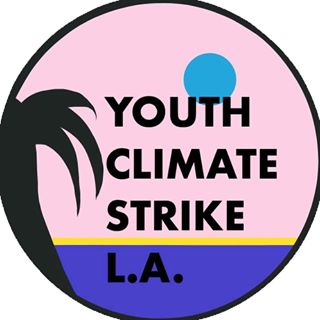 Leftovers From One Meal Become Ingredients For Another Meal!