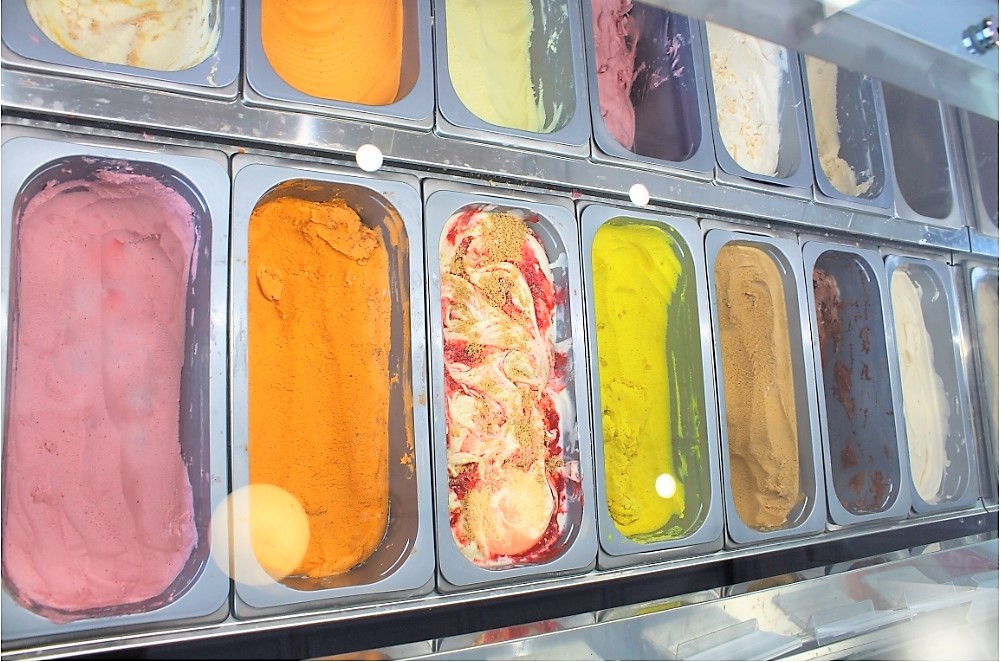 A totally divine LunchBreakLIVE at Divine Dips Ice Crème in DTLA a.k.a. Downtown Los Angeles! Owner Diane Jacobs about how she comes up with these spectacular ice cream combos! Join the GoFundMe campaign to keep this spectacular store open. Go to Divine Dips Ice Creme Facebook page! It’s gone viral! Together we can save this extraordinary Vegan Mecca!
In the 90’s Diane owned a bakery called Cake Works where she designed desserts. In 2006, Diane realized she was lactose intolerant, and she also had a gluten intolerance. For these reasons, she began designing desserts that were dairy-free and gluten-free. She also became aware of vegan philosophy, and she wanted to try to apply it to her dessert development. Diane developed Divine Dips in 2009 because she didn’t think there was superb vegan ice cream. She has been selling her ice cream in specialty shops since 2011, and she has been operating an ice cream truck since 2014. Now in 2018, she has a brick and mortar vegan ice cream shop. Diane is truly the exemplification of utilizing compassion and hard work to develop a top-notch product and business. Her ice cream was even voted The Best of LA!
Dianne has worked so hard to bring her business to fruition and now she needs our help! She has run into some financial issues with her investors and may have to close the store. Her only hope is to gain the support of ice-cream-loving customers. Diane has launched a GoFundMe campaign in order to save her business. If ever there was a time to show your support for a vegan entrepreneur and her business, this is it! Please visit the link below and donate if you can. Don’t forget to stop by the store with all of your family and friends to show this very deserving business owner that our community supports her!
***Donate to save Divine Dips!***
See Also
Food Recipes

The End of the Line: My Cow Vigil Confession