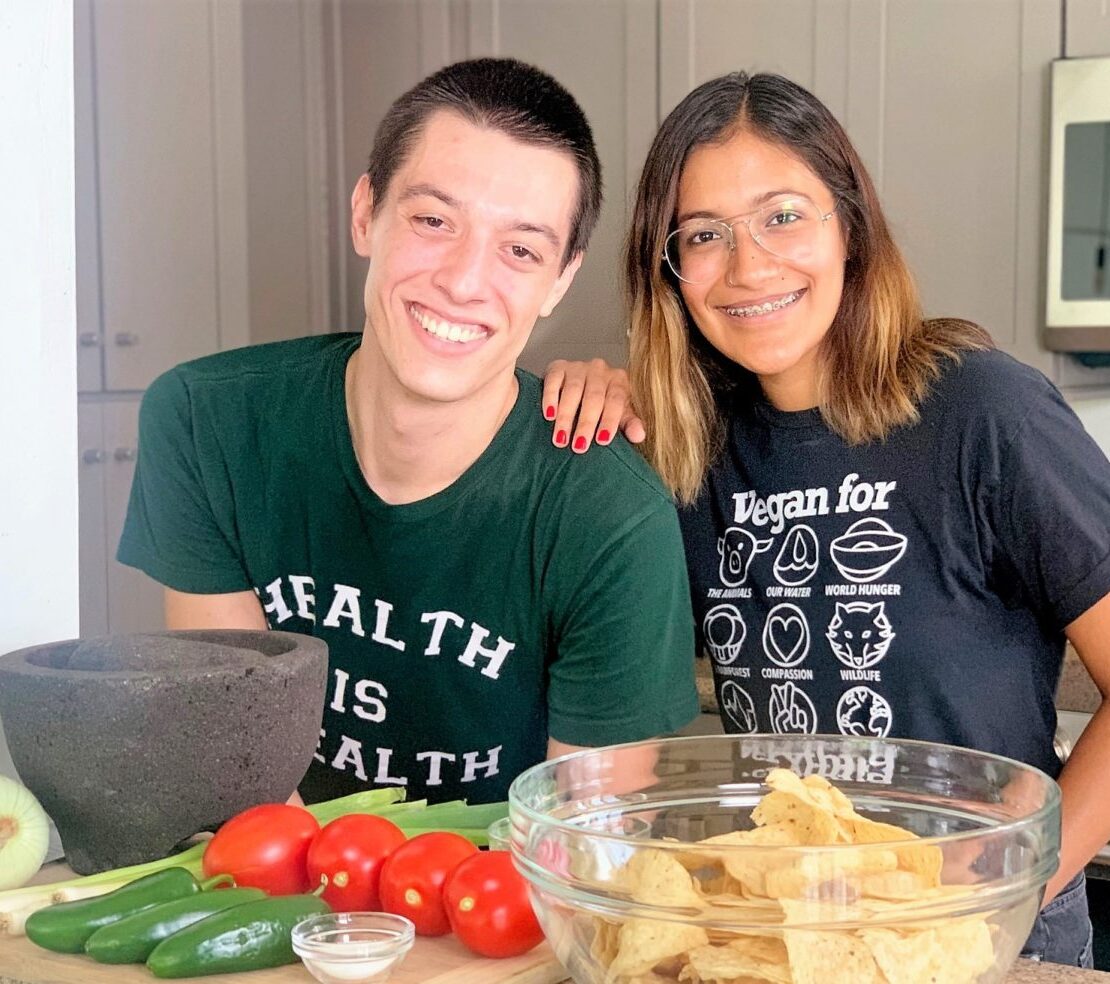 Millennials ROCK fresh homemade authentic salsa! LunchBreakLIVE features this brilliant, delicious recipe courtesy of vegan couple, David and Suzanna! These two social media and animal rights activists bring romance to veganism. His meat-eating ways almost broke them up! Now, their shared veganism has them closer than ever. They also have a cool YouTube channel named David and Suzanna!

David and Suzanna use their social media platforms to entertain and raise awareness about veganism. But these two were not always vegan. Suzanna has been vegetarian for 12 years but she and David almost broke up because she was adamant that she wanted to marry a man who did not eat meat. David came to his senses quickly and got on the same page as Suzanna. They started visiting a local vegan restaurant to avoid other restaurants that kept mistakenly putting meat in Suzanna’s vegetarian meals. Suzanna suggested they go vegan and David still thought he couldn’t until he researched the reasons not to go vegan, and he found all the reasons to go vegan instead. He saw articles and videos about animal cruelty in the animal agricultural industry and he told Suzanna the next day they should go vegan immediately. Now, they are two happy vegans in love and they also participate in animal rights activism whenever possible. On top of their vegan social media entertainment, they regularly attend Save Movement vigils, marches, protests, and David even spoke at the recent fur ban hearing in Los Angeles.

David and Suzanna start by slicing the tomatoes, peppers, and onions. Then they put them “seed-side” down in the pan. When the tomatoes char, David explains they release “umami,” which is a savory flavor that humans find palatable. He explains the reason why we like meat is due to the flavors from the plant and mineral seasonings we use on it. You can get all the flavor you want, no cruelty needed. David warns us to check salsa ingredients in stores because sometimes companies sneak in products derived from animals like chicken stock. Make your own vegan salsa at home with David and Suzanna’s recipe below.

Check out David and Suzanna’s YouTube Channel!
@Suzanna_TheVegan & @Duhveed_TheVegan both on IG!