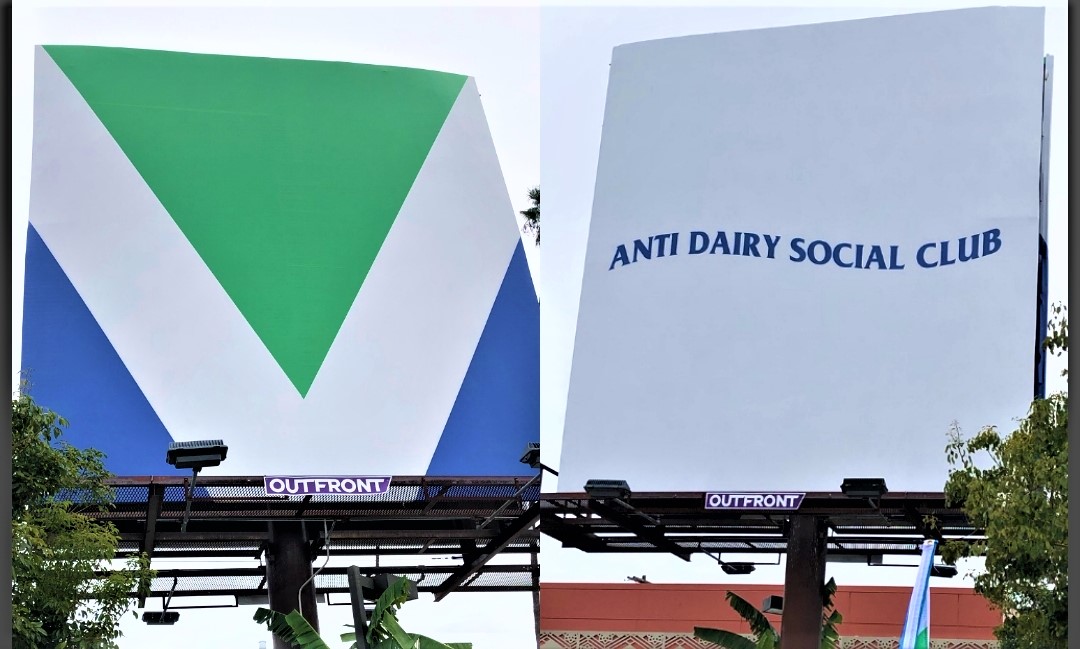 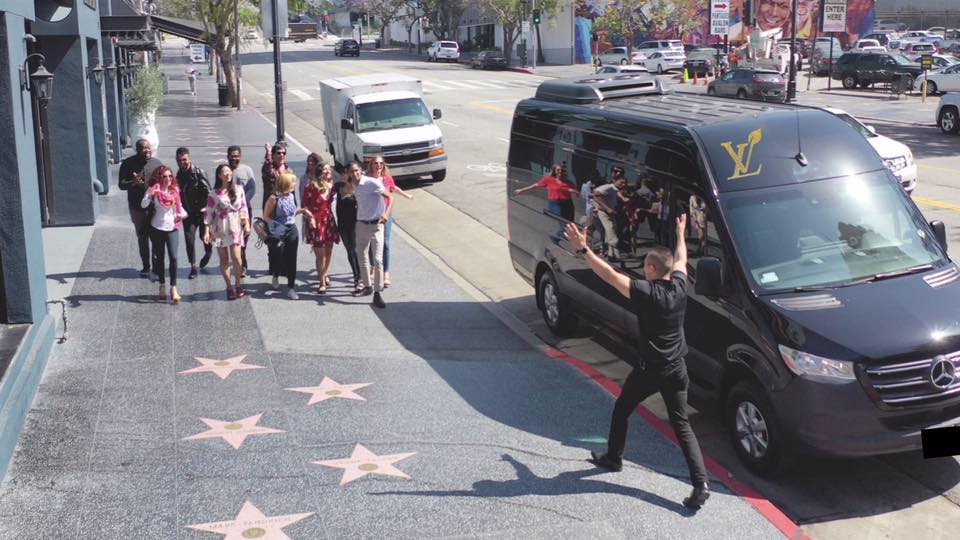 JaneUnChained LIVE in the East Hollywood area at this amazing FREE Vegan pop up under the HUGE Vegan Flag California / Anti Dairy Social Club billboard by iApparel clothing and Leaf Over Beef promoting the universal symbol of the movement, the Vegan Flag! Both are 100% vegan cruelty-free businesses in Los Angeles, California. They are hosting this yummy pop up with delicious vegan Leaf Over Beef chick’n teriyaki bowls, donuts, and Luxe Vegan Food Tours cruised in to show their support too! We’re one BIG Happy Vegan Family out here! Come out and take a pic next to this awe-inspiring billboard and support the unified movement towards compassionate lifestyles!

You’re cruising down Hollywood and boom right in your face a huge billboard of The Vegan Flag in your face! And the other side says “Anti Dairy Social Club,” a phrase coined by the popular local vegan brand Iapparrel. This huge sign here on Hollywood is a reason to celebrate! And that’s just what iApparel and Leaf Over Beef did! It is an absolutely epic achievement for the movement made possible by the collaboration with the visionary ad company 10K Advertising! Today, Leaf Over Beef demonstrated that vegan meat can taste just as good if not better as many who passed by said, than actual meat made from an innocent animal. The future is coming and this sign is a giant tribute to a vegan future that will sustain us all. Check out this monumental achievement on East Hollywood Boulevard on the corner of Hobart Boulevard! And be on the lookout for the rest of this big campaign’s signs on benches all around Los Angeles and a billboard in Brooklyn, New York! Go Vegan!

This Eggplant Dish is Sure to be Delightful!