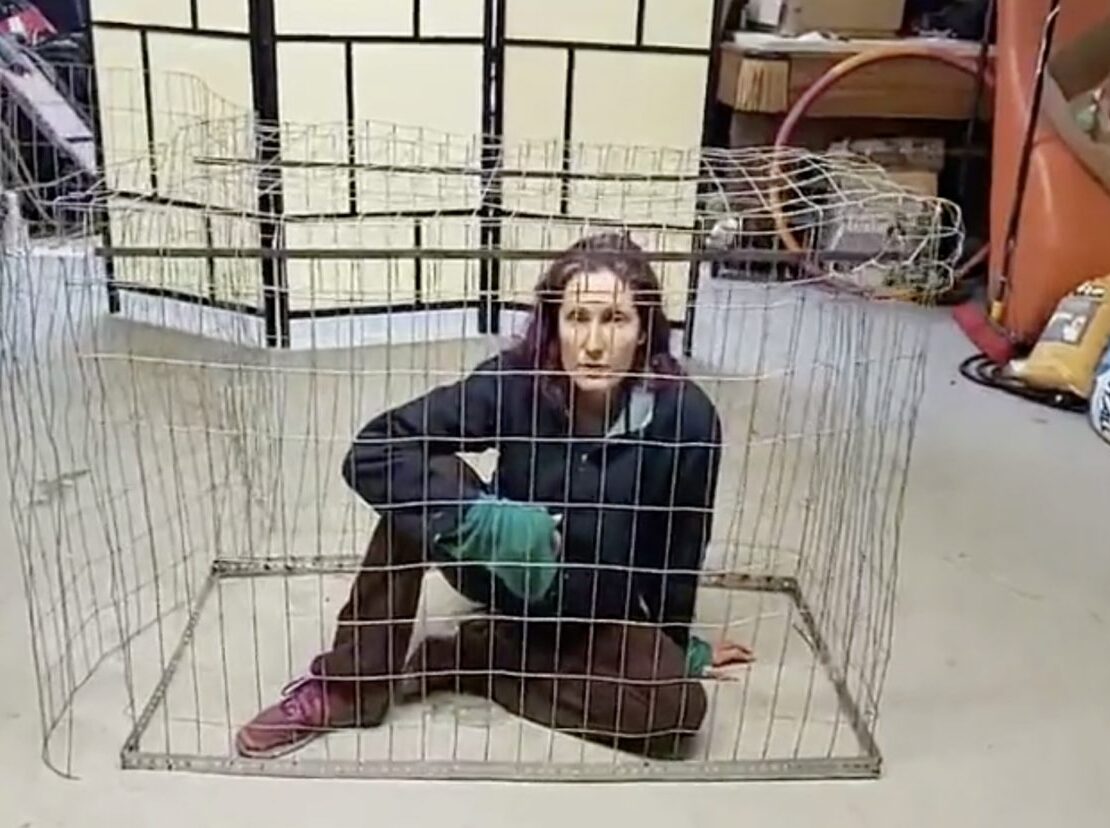 If given the choice, animals will flee from captivity or from being killed, hence why we cage them and capture them for slaughter. If they were willing to be captive, they would stay put and we would not need cages. Therefore, we are violating the animal’s free will. It is absurd to say that animals have no thoughts or feelings regarding their imprisonment, because of their reactions to being confined. Often times they fight to try and escape or develop stressful psychological behaviors, etc. due to confinement.   If given the chance, they would flee from captivity. Therefore, Vanessa Marsot asks, why do we continue to imprison animals who are sentient beings, and most certainly do not want their children taken away from them, or to be confined in a space so small they cannot stand up, move around, and are forced to live in their own waste.  As reported by CNN and 60 Minutes, there is evidence that Coronavirus started in a wet market, where animals are being confined and sold for their bodies. As Dr. Michael Greger points out in a 2008 youtube video, every pandemic has started due to our imprisoning animals. We get too close to animals, in dangerous conditions, and catch diseases from them that we are not equipped to handle.

Vanessa Marsot took the #CoronaVirusConfinementChallenge by staying confined in a cage for nearly an hour, to show people in a visceral way what it is like to be confined. She commented that as uncomfortable as she was to be confined to such a space, she was aware she would be able to get out of the cage and live her life. She asked viewers to reflect on the fact that no matter how stuck, bored, confined, and trapped they might feel during this shut-in period, there is an end in sight for them at some point. With animals, there is no end in sight. Until they are slaughtered.

She invited the viewers to do the challenge themselves or to share the video.