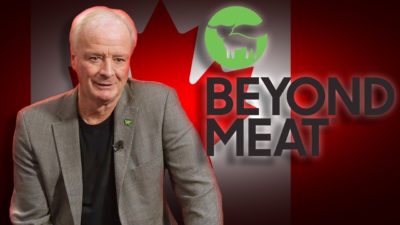 “There are a lot of companies that are reverse engineering our work…and trying to come up with similar type products. It’s going to be like chasing a shadow…” – Chuck Muth, Beyond Meat.

Back in the news again! Beyond Meat’s Chief Growth Officer sits down remotely with Awesome Vegans host, Elysabeth Alfano to talk about the stock’s surger after the earning’s report and their intentions to take Beyond Meat around the globe. 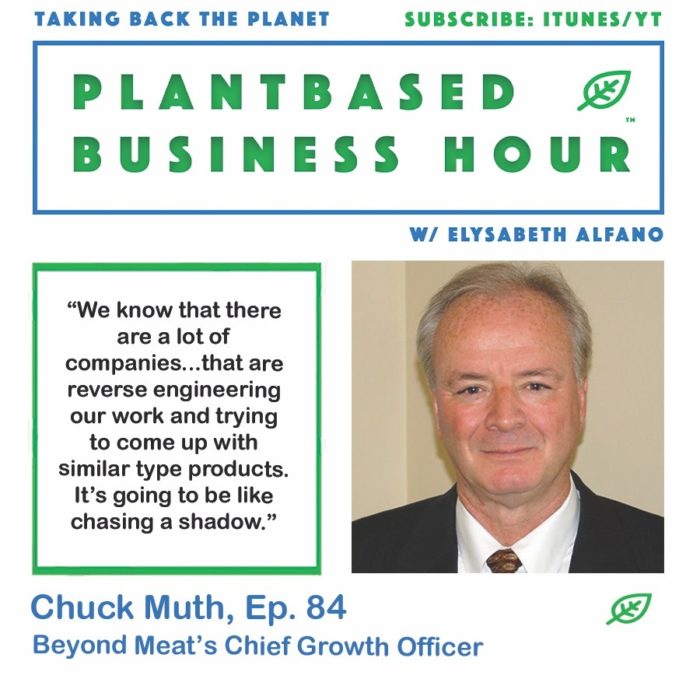 Chuck views China as a great opportunity to expand Beyond Meat because of their high growing middle class, high growing economy, and the fact that they are a big animal eating country. Beyond Meat products in some Starbucks locations in China where they have sit-down meal options. Beyond Meat is aware that there are a lot of companies, not just in China but throughout the world, that are reverse engineering their work and trying to come up with similar products. Chuck believes it’s going to be like chasing a shadow because by the time these other companies have reverse engineered their former product, Beyond Meat will have already moved on to something bigger and better. 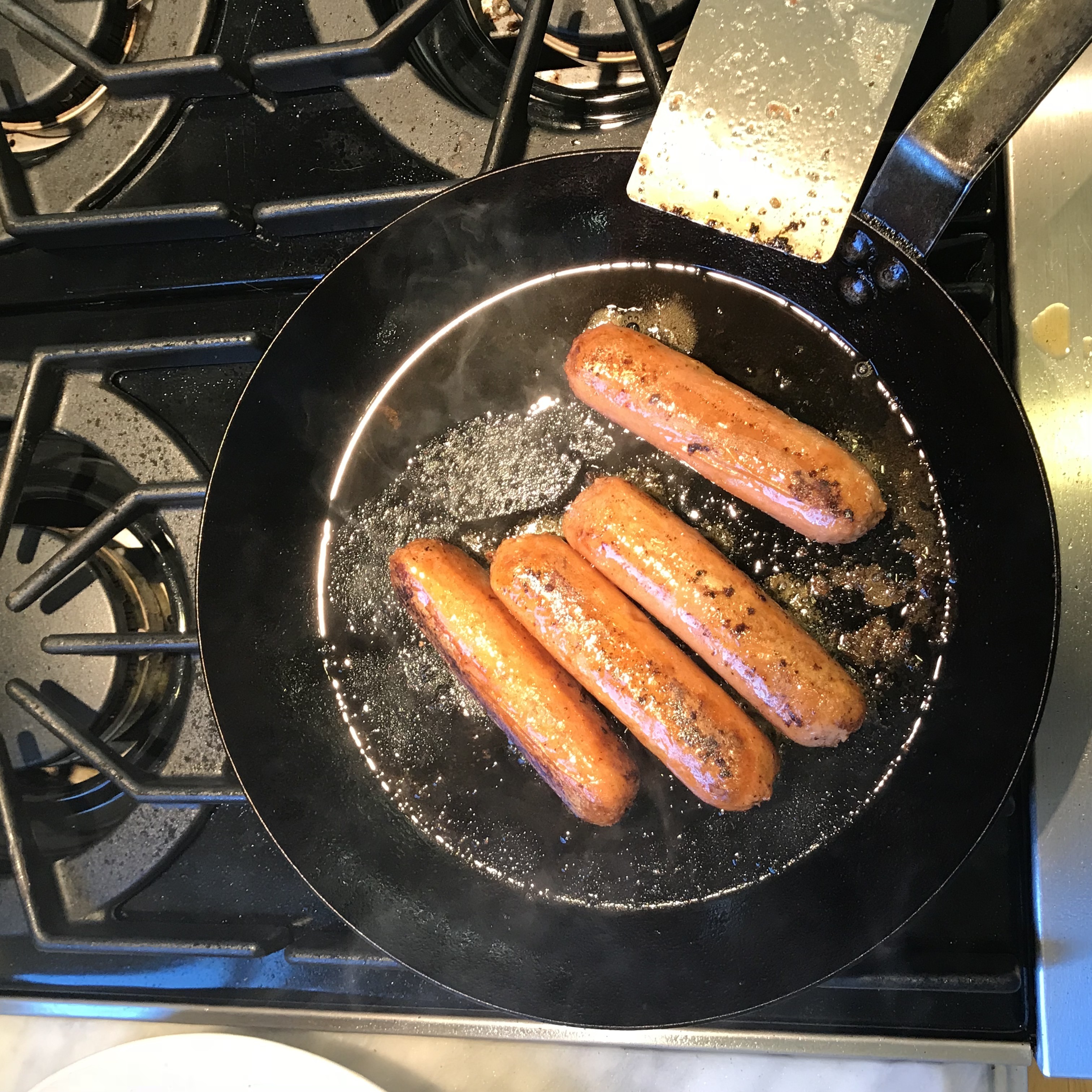 (Above: Beyond Meat sausages)

The core of Beyond Meat’s ingredients and products are only produced by their company and, even if it expands to China, that will continue. The Chinese government has been overall supportive of Beyond Meat and Chuck understands that the Chinese consumer is very different from the western consumer. Chinese consumer diets are different, the way they communicate is different, and the way they shop is different. Along with China, Beyond Meat has worked on expanding to parts of Europe as well and they now have a production plant in Holland that is going to come online later this year. Beyond Meat decided on the Netherlands for production in Europe because it is a centrally located business friendly country. 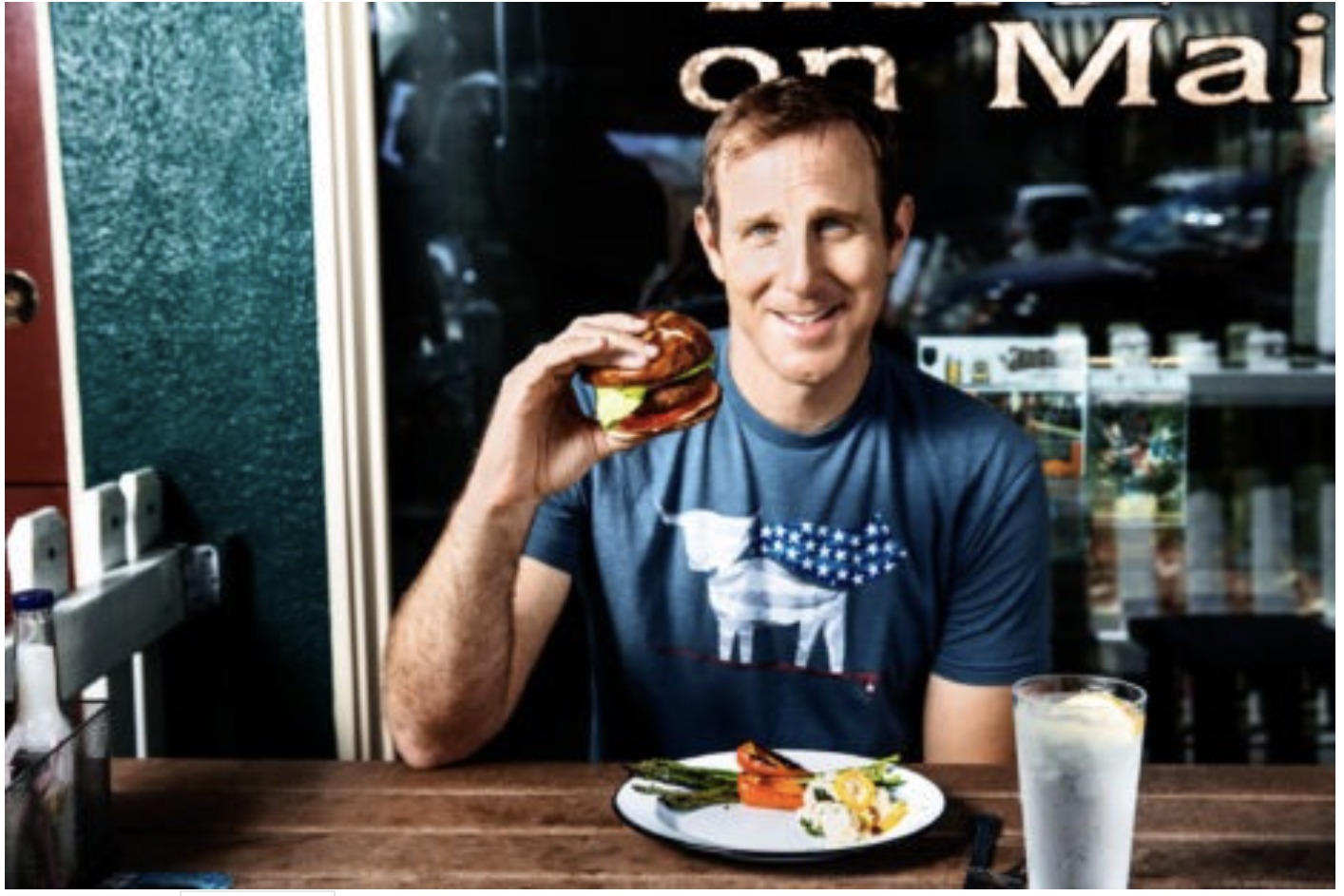 (Above: Ethan Brown of Beyond Meat)

The number one priority for Beyond Meat is taste and making sure that taste continues to improve. The company is consistently working on improving nutritionals and they are trying to bring the price down to the level of meat or below. Chuck states, “In the next four years, Beyond Meat will be as or if not more affordable than at least one animal product, most likely beef.”

Animal slaughterhouses have become so dangerous for workers and many have recently had to shut down which has opened a door for Beyond Meat. Chuck says Beyond Meat are reducing costs while animal meat is getting more expensive because of factory shutdowns. Grocery stores are very thankful for companies like Beyond Meat during these meat shortages and Chuck says Beyond Meat has always had a good relationship with retailers. Initially the grocery stores were just selling Beyond Meat products but because of their success other competitors are now out there selling their own plant-based meat products. This allows for more of a variety for consumers. 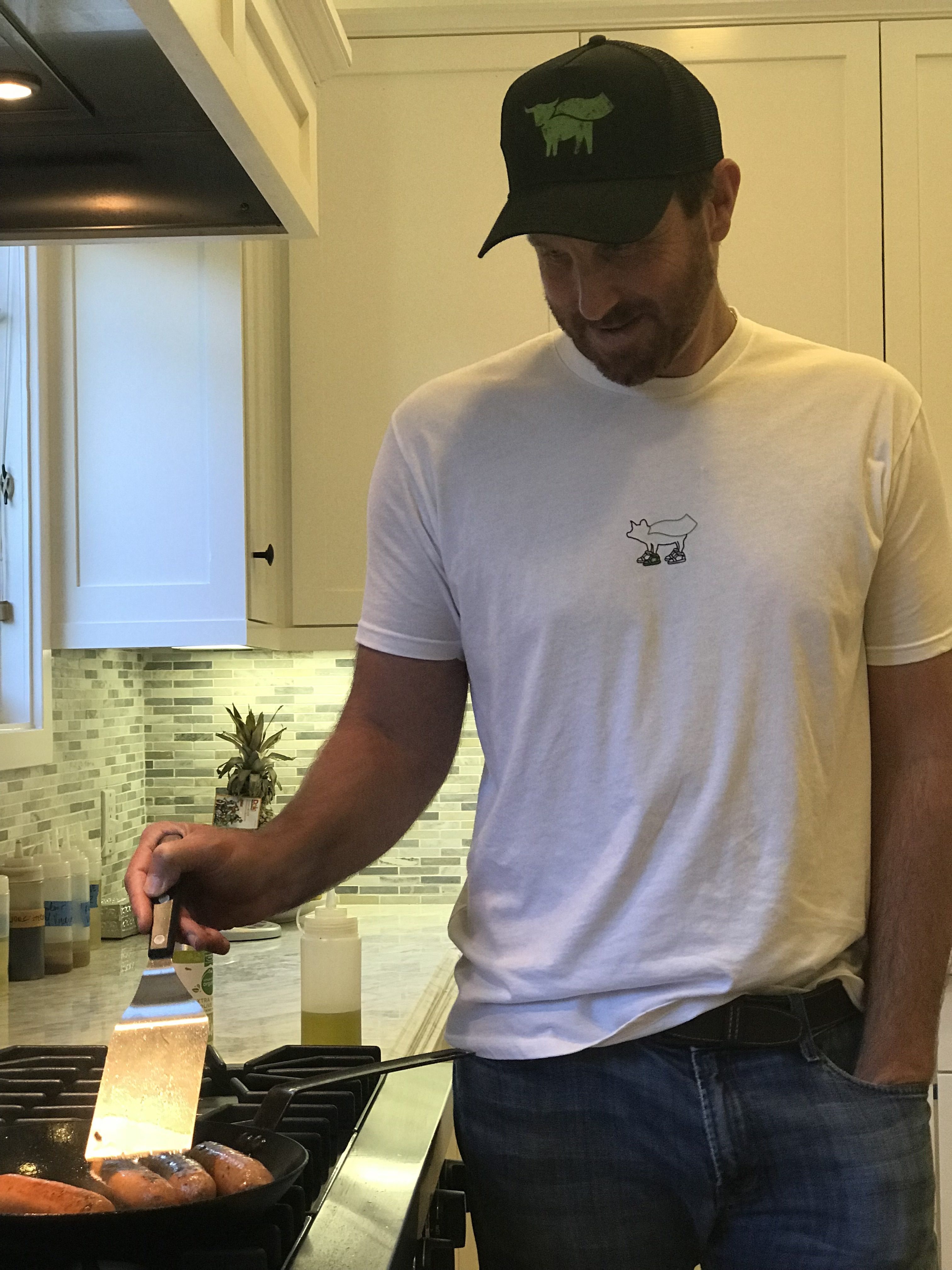 (Above: Ethan Brown cooking Beyond Meat sausage in my kitchen just before the official launch of the product.)

Chuck believes all major meat companies will eventually be offering plant-based alternatives which for him is a sign of the times that things are changing. Covid-19 is sending real signals to people to have them rethink their diets and ways they can better their health. Chuck mentions how the individual really can make a difference by choosing to eat plant-based foods.

Beyond Meat has also been able to help frontline workers in New York City and North Carolina during the coronavirus as well as providing free meals to hospitals. They are keeping their brand out there as a player in the community who wants to help others.

Chuck hints that Beyond Meat pork is coming soon and is currently in the works. Beyond Meat is also working on steak and chicken but they are prioritizing what comes out first. Their newest addition, the Beyond Meat sausage breakfast sandwich, is available at Dunkin Donuts, A&W, Carl’s Jr, and some Starbucks locations. Here is a snippet about any concerns with IP in China.

Chuck emphasizes that the big goal is bringing Beyond Meat across the globe. Beyond Meat was lucky that it grew so quickly that they have never had a demand issue. Chuck thinks the category of plant-based meat is just beginning to explode. He predicts there will be accelerated growth over the next three to five years in not only plant-based meat but also plant-based snacks and beverages. Chuck says if you can live on a whole food diet that is the most important thing. Chuck considers Beyond Meat to be a great transition comfort food that is processed with all natural ingredients so there are no GMOs and no soy. It is certainly a healthy step in the right direction for anyone looking to switch to a plant-based diet.