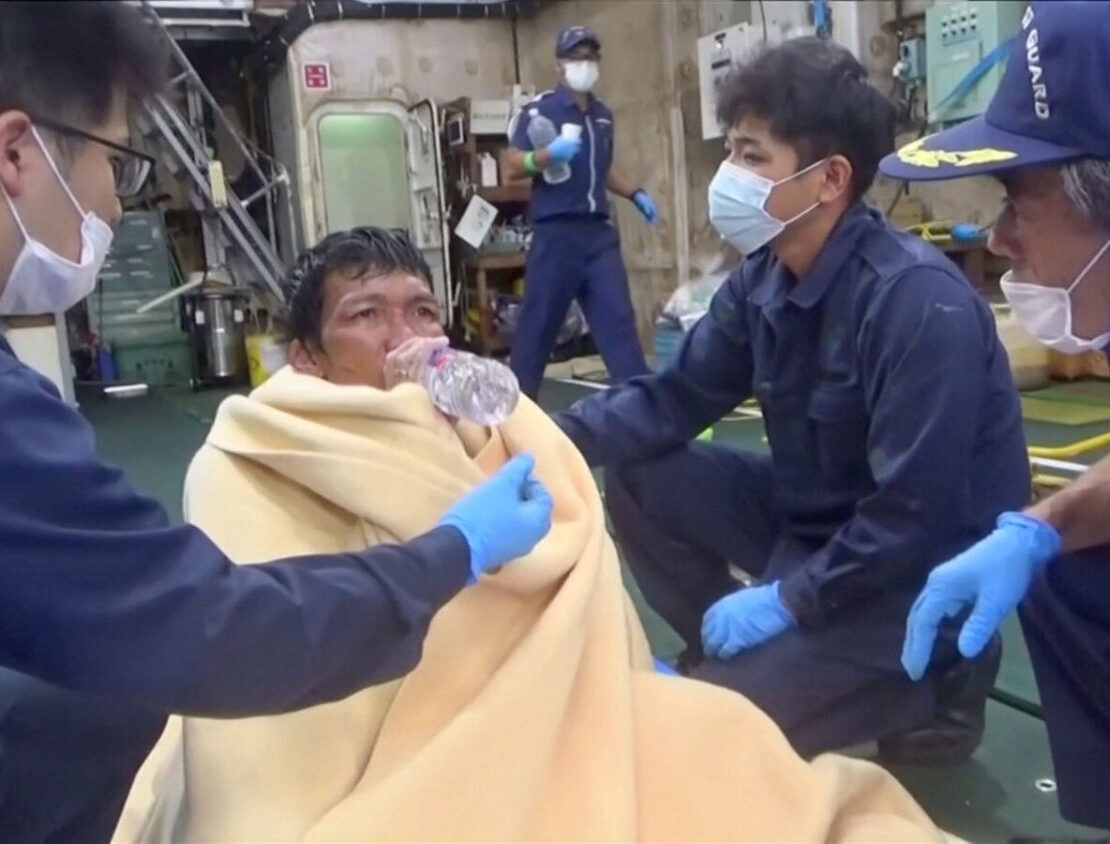 A livestock ship capsizes and at least 40 sailors and 5,865 cows die in the high seas. The New Zealand ship capsized off the coast of Japan, transporting cows to China. The cows, trapped in the abusive system of modern day industrialized animal agriculture, would have also faced torture had they reached their destination. But, still, the image of thousands of cows brutally drowning is enough to give even non-vegans heartache.

The story is making headlines as people struggle to determine the next steps in preventing such tragedies from happening again. How about seeing animals as living beings–not products–and never shipping them by the thousands on the high seas ever again? How about ending this barbaric industry once and for all?

“Unfortunately, it only gets noticed when there are human casualties. My heart goes out to the families of those missing crew. But, this is an animal rights tragedy as well as a human tragedy” says Marianne Macdonald of SAFE. SAFE is New Zealand’s leading animal rights charity, committed to ending the live export of animals.

While the incident is unfathomably tragic, governments worldwide refuse to consider solutions to end the root of the cause: the export of live animals for human consumption. The cows and humans should have never been on that boat in the first place.

Again and again, animals suffer tragically and unnecessarily for human consumption. The issues are preventable when taken seriously.

Citizens of New Zealand have fought for years to end the horrific live animal export trade. In 2007, the government meagerly restricted the export of live animals for slaughter. But this weak attempt to address the cruelty still allows animals to be exported for breeding purposes. “We all know every farmed animal will end up being slaughtered when they come to the end of their profitable life,” says Macdonald

MacDonald explains Agriculture Minister Damien O’Connor’s unwillingness to take the issue seriously. While this tragic incident has prompted a current suspension on the export of live cows, MacDonald knows that it is not a solution that reflects the severity of the problem.

The cows never should have been on that boat in the first place. By exploiting animals, we not only cause them immeasurable suffering, but we also create horrific conditions for humans as well.

When animals are exploited, humans suffer too.

The cargo ship was traveling through Typhoon Maysak when it capsized. It is unacceptable to put any being through such unsafe conditions. Why the urgency?

“Why was this ship going through the middle of a typhoon, rushing to get to the destination? The pressures that are put on the sort of people that are forced into these often low-paid jobs on ships…this is part of the problem. It’s not just for the animals. It’s for the people that are involved in the trade too.” -Marianne Macdonald

Humans who work in the live animal export trade are treated poorly and underpaid. They are exploited along with the non-human animals. These are often the only jobs available to them. But the exploitation that leads to these tragedies is preventable.

The images are gut-wrenching. The concept of 6,000 animals dying– especially by drowning–is an inconceivable tragedy. But Jane Velez-Mitchel reminds us that taking time to consider the individual animal puts it in perspective:

Jane reminds us that, as consumers, we have the power to stand up for the individual. We can take the power back to advocate on behalf of better conditions for both cows and humans. Animal activists are often criticized for caring for animal lives–as if we cannot care for everyone impacted. But when the non-humans cannot speak for themselves, those of us with compassion will carry the burden of caring for all lives amidst the tragedies.

“It’s not either or. Our hearts are big enough to grieve for both” Jane Velez-Mitchell

Help SAFE end the live export of animals in New Zealand. This link will allow you to send an email directly to Prime Minister Jacinda Ardern, and Agriculture Minister Damien O’Connor. But we cannot forget that the issue is global.

“We need everybody to be taking whatever action they can to keep the pressure on to stop this appalling trade worldwide.”  -Marianne Macdonald