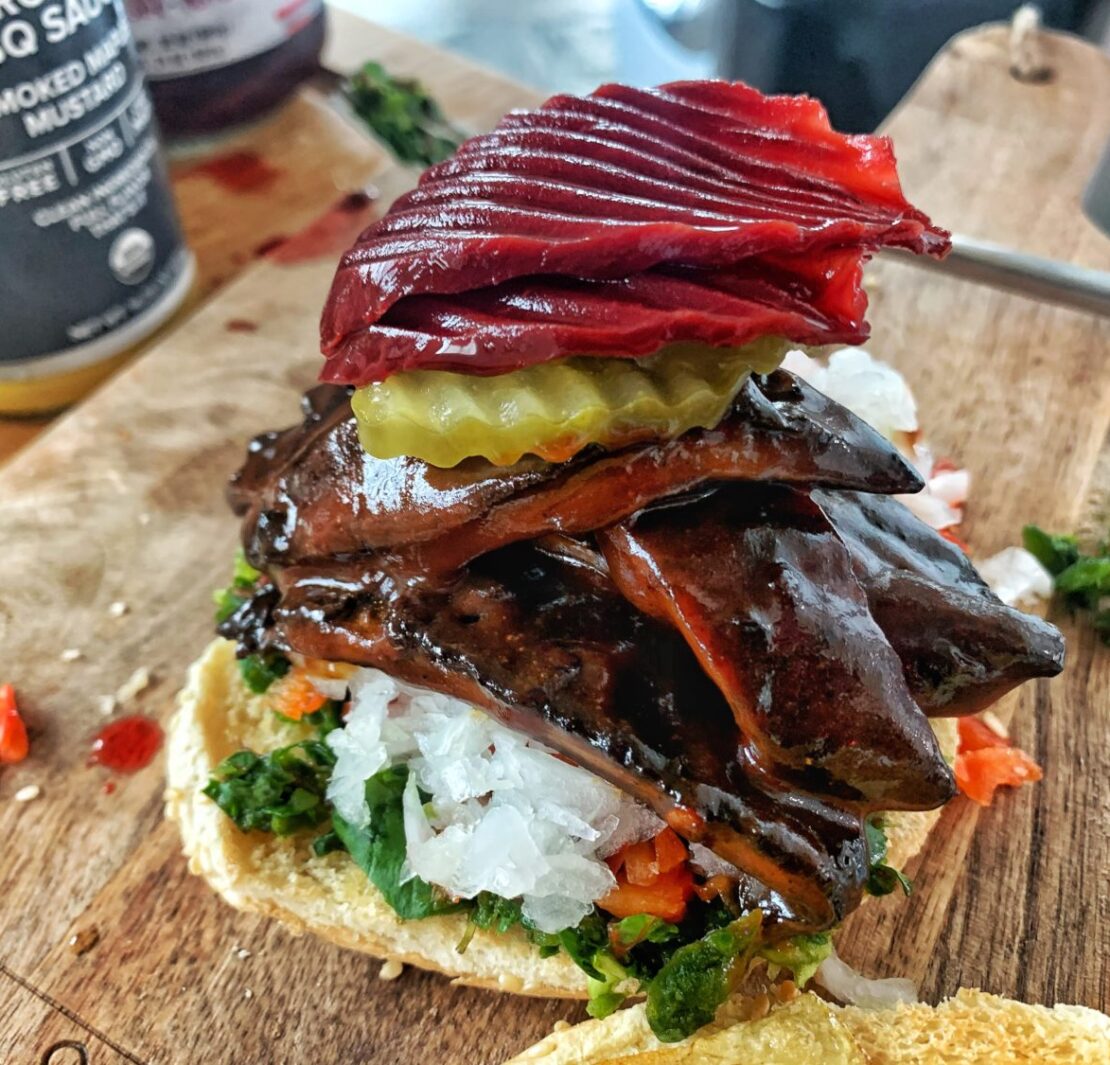 A BBQ Sandwich Made With Portobellos!

We have a  BBQ sandwich that is absolutely irresistible, dripping in all the sauce goodness.   This vegan sandwich will rock your world with its chewy texture and saucy vibes.  Chef Marlon Rison, AKA PlantBasedG, will show us how to make this delectable meal, with all his kitchen vigor!

Our BBQ Sandwich Chef Has a Remarkable Story!

Marlon Rison, a.k.a. PlantbasedG, transitioned to a vegan lifestyle during the summer of 2017 in an effort to improve his health, but he quickly grew to appreciate his compassion for animals and all that comes with a vegan lifestyle. His open-minded personality led him to seek out like-minded people at live events and through social media. And his world changed as a result.

Through these interactions, opportunities began to surface for him such as speaking engagements, in-person and live-streamed, special focus interviews, and even recognition from VegNews as one of the “Black Vegans” you need to follow on Instagram.

Marlon’s most recent venture was the compilation of his first cookbook—The Quarantine 15. A collection of 15 (plus one bonus) curated vegan recipes to comfort the soul and nourish the body. Make sure to be on the lookout for his next book featuring mushrooms!!!

Marlon’s greatest passion is to be a change agent, providing a living breathing example of what can be done if you treat yourself with love—beginning with what you feed your body.

We love Marlon!  He is such a cool guy, and quite the inspiration….AND….and amazing chef!  The meals he cooks for us are always exciting and delicious, unique just like him!

Now Back To This Dripping BBQ Sandwich…

Portobello mushrooms are perfect for making delicious vegan meals, and they are so good for mimicking a “meat” texture if that’s your thing.  Marlon proved that with today’s recipe.  I have ordered at restaurants such things as vegan “pulled pork” sandwiches, or vegan “beef” burritos, made with mushrooms as the main “meat” and they were delicious!  Add some spices and sauces and you will certainly find yourself in heaven.  The messier, the better!

Ready To Get Cooking?

I am providing the recipe below for this INCREDIBLE vegan BBQ sandwich.  This is a top favorite recipe for me.  It looks so delicious, dripping in goodness!  And I love when mushrooms are used as a vegan “meat.”  It is a perfect choice!  If you are looking for more fabulous vegan recipes to make for yourself at home, we have a bunch for you to choose from so check those out!  And, there is a new website to join called plantbasedneighbor.com where you can spread your vegan vibes and meet other like-minded people in your neighborhood, so be sure to join!  Until next time… 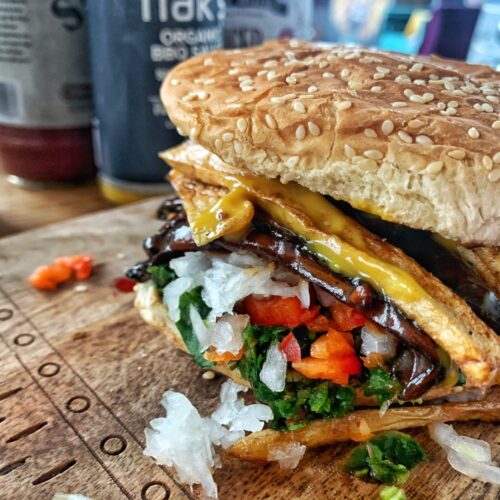 Not All Vegan Claims are Equal