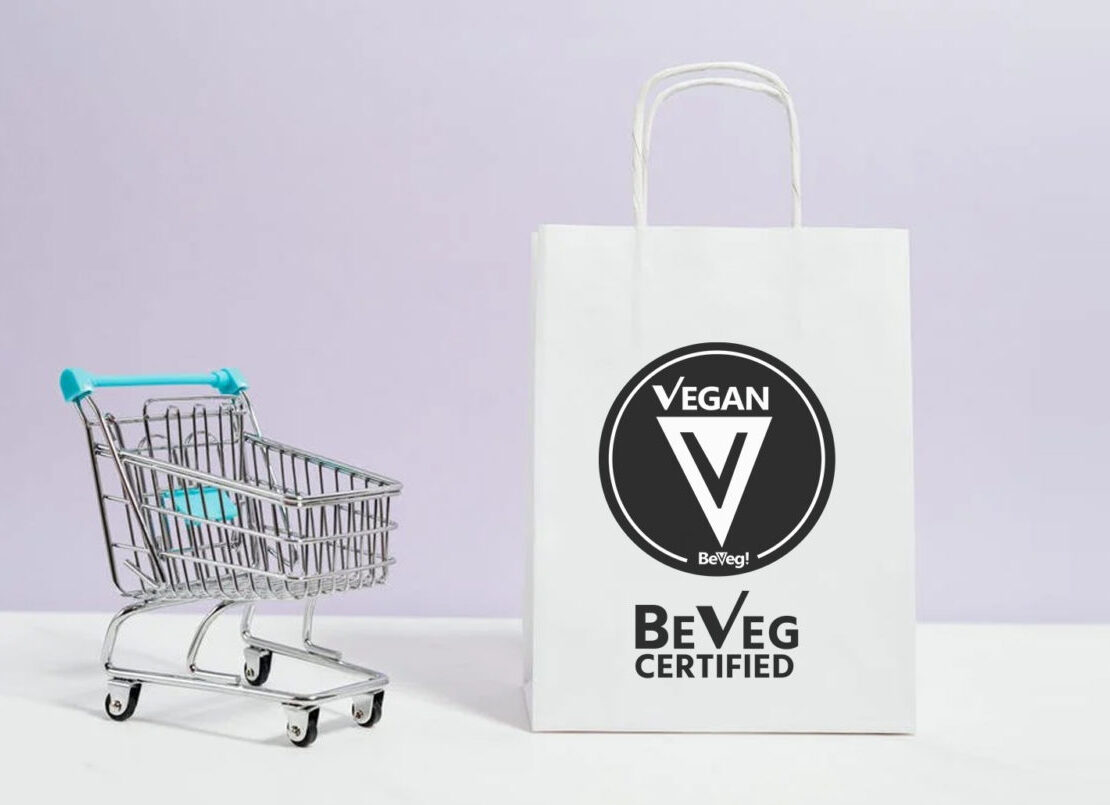 Whether you’re choosing to be vegan for health, allergens, animals, religion, environment, or just for a meal, the reality is more people are choosing to buy plant-based vegan products for one reason or another, and vegan products are hitting store shelves at exponential rates. This translates to increased sales and profits in the plant-based space — and that matters to brand owners and retail chains.

EVEN THE WORLD’S LARGEST MEAT PRODUCERS ARE BUYING INTO PLANT-BASED!

Just consider Tyson’s investment in Beyond Meat and its own plant-based meat line, or JBS, the world’s largest meat manufacturer, who launched a vegan pea protein line, “Ozo by Planterra.” JBS went as far as certifying it vegan with BeVeg, though their admitted audience is the flexitarian. Or, even McDonald’s, which now has McPlant, its meatless menu burger!

Then, there’s Burger King, which now forecasts a 50% plant-based menu in the next decade, at least in the United Kingdom. This is an extraordinary statement from one of the world’s largest meat purveyors and it’s making headlines. 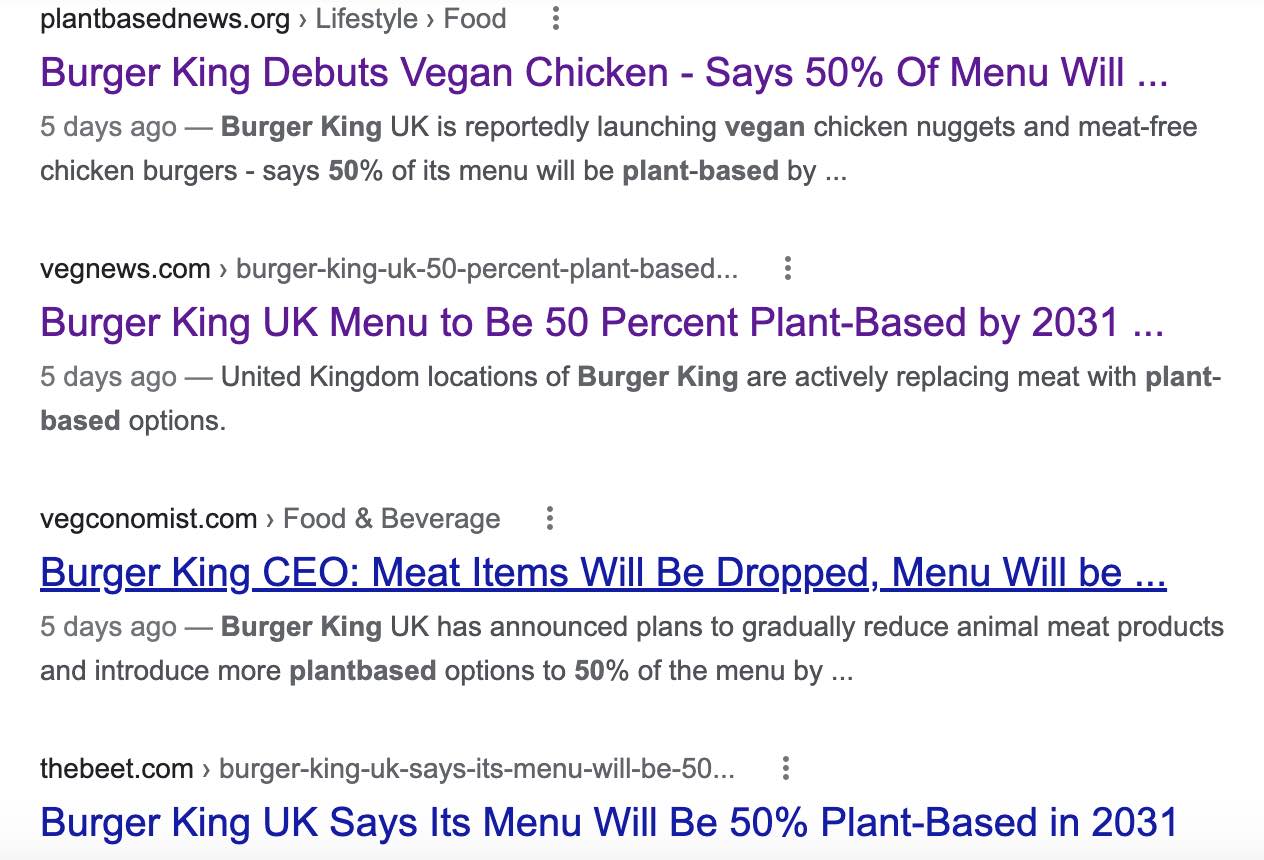 Ethical vegans, while a growing market share, are still only a fraction of the large market demanding certified animal-free alternative products from BeVeg. When 20% of the world’s population is allergic to lactose (dairy), and 41% of all packaged goods are Kosher certified because there must be a separation between meat and dairy, and close to 1/3 of Americans are flexitarian, with 80 million people identifying with the vegan lifestyle globally, there is a clear dollar demand for store shelves to carry products that can warrant, with reliability and confidence, a “free from” animal material or BeVeg certified vegan claim. As the market dictates increased demand, grocery chains are responding by increasing their options, giving more shelf space for plant-based items, expanding their vegan private label lines, and even creating vegan sections of stores. Tesco grocery chain recently announced a designation of vegan-only aisles.

“The fact that an allergic customer or Kosher customer cares about valid certified vegan claims for different reasons (health safety / legal liability / religious law) does not dilute the vegan message, but rather empowers the bottom line,” says attorney Kranz. “The key is making vegan options accessible and applicable to the masses, not just the animal activists, because this is what the market demands… and it just so happens that the animals benefit too, which is a nice intended benefit from BeVeg,” says attorney Kranz, a vegan from birth.

At this time, BeVeg International is the only vegan trademark in the world that is accredited in accordance with ISO 17065, making it the most reliable vegan certification standard a product/business can achieve, which also makes it the most inclusive and relevant to the masses looking for reliable “free from” animal contamination claims. BeVeg vegan certification requires factory controls to be in place to ensure no animal residue is left so there can be “free from” animal claims on products, just like there can be gluten-free and Kosher certified finished products from shared facilities.

“There shouldn’t be sloppiness in vegan claim handling, as we pen ‘vegan’ into the law to mean free from animal material. A vegan claim must be able to be relied on by the ethical vegan, or the momentary vegan (seeking a free from animal claim because of allergies, religion, or other personal reasons)” says attorney Kranz.

“Veganism is about inclusivity, not exclusivity,” says Heather Landex, BeVeg Chief Compliance Officer, and allergen food safety auditor. “‘Inclusivity’ in this sense means the ability to serve groups normally excluded in the context of food. The vegan need is mainstream and options must be more accessible. We must cater to all potential customer sectors (Kosher / allergic / ethical vegan / flexitarian) and be able to stand behind our free from animal origin claims, as that’s what is relevant and needed by the masses.” Landex even authored a book on this exact topic: “Inclusive, the New Exclusive”, which helps the food industry understand the inclusivity of vegan claims for mainstream needs, making the need for vegan claims to be audited, certified, reliable and easily accessible.

Allowing “may contain” allergen alibi warnings (meant to help the allergic customer make informed decisions) to also be on vegan claims, provides zero protection and direction for the consumer. These two claims should not be on the same packaging. It is confusing and prevents the consumer from actually making an informed decision, says Landex, who asserts the BeVeg vegan trademark demands industry respect for vegan claims and brings unprecedented protection much like what we currently expect from gluten-free and kosher certified claims. “If the product was made in a shared facility but in a separate building, it should not also say “may contain traces of” dairy, because that means controls are in place to protect the consumer,” says Landex.

Unfortunately, it is widely accepted to allow these confusing disclaimers on packaging with vegan claims because businesses don’t want to be sued and legally anyone can claim vegan by their own self-defined standard. “The responsibility and expectation, however, should be on the business to keep things separate, and not force the purchasing consumer to assume the risk by purchasing a hypocrite label intended to be a legal liability waiver. This is accomplished through the BeVeg vegan certification standard, which contemplates allergen controls and has clearly defined traceability tests and risk assessments” says attorney Kranz.

Retail chains may not care about doing away with meat, but they do care about catering to the masses and legal liability. Grocery chains and supply chains are mindful of consumer protection laws in place intended to protect the consumer from fraudulently and negligently asserted label claims, allergen controls, risk of expensive product recalls, food safety, food defense, and contamination.

“After all, ebola, e.coli, and other common illnesses that cause expensive product recalls are often born of animal contamination. This is about global food safety and a heightened clean standard,” says attorney Kranz.

…. and that just so happens to benefit the animals and the environment too, which makes Landex and Kranz happy, two corporate vegan executives.

Plant-Based Chicken For Your Favorite Casserole!