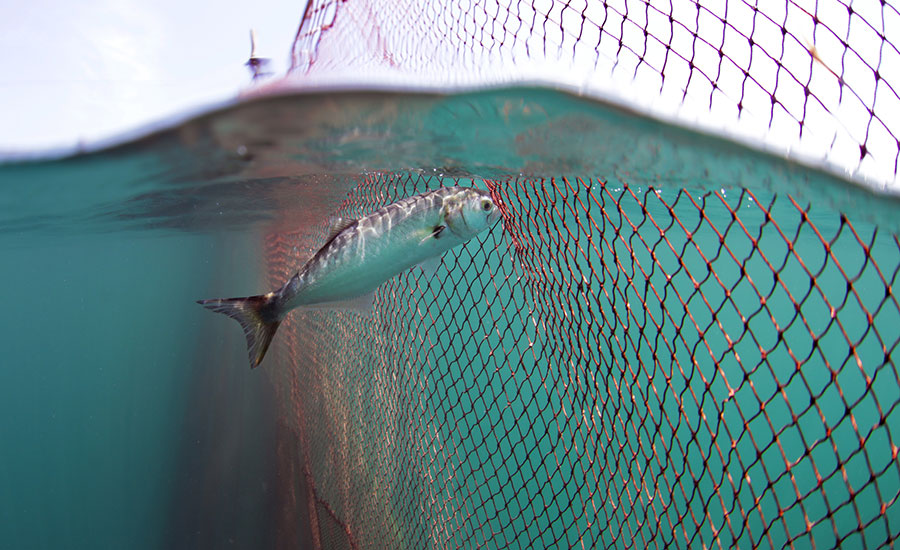 Seaspiracy Is Changing The Way People Look At Fish

Some of the most googled phrases in the world right now are “vegan fish” and “plant-based seafood.” Why? A new film has suddenly caused a tsunami of awareness about the horrors of fishing and the urgent need for everyone to stop eating fish. But, the good news is, it’s so easy. Read on.. you’ll run into some delicious plant-based fish recipes. Even better, they’re mercury-free!

Seaspiracy, executive produced by Cowspiracy’s Kip Andersen, brings light to the ‘war being waged’ on our oceans.  The film dives into the fishing industry’s environmental impacts on marine life, exposing the notion of “sustainable” fishing for the farce that it is. The sadism exhibited by our species on the high seas, exposed in searing detail in this film, is wreaking widespread environmental destruction. We must change our ways and leave our oceans alone.  It’s time to switch to Vegan Fish Alternatives, and people are finally starting to realize that.

It’s Time To Choose Vegan Fish And Save The Oceans!

At JaneUnChained we do a daily vegan cooking show called #LunchBreakLIVE where we feature a different plant-based chef every day who shows us how to make simple and easy vegan meals.  We have had many plant-based seafood recipes on the show and are excited to share some of them with you here.  As the film, Seaspiracy has made very clear, if we don’t change our ways, and leave the sea and the sea life alone, we will destroy the oceans, all the life in them, and ourselves.  A dead ocean is a dead earth and that spells human extinction too.  So it’s time to shift to a plant-based diet, including vegan fish and plant-based seafood. These seafood alternatives have gotten so sophisticated, you can’t tell the difference. “Fysh” tastes just as good as fish, with no cruelty and no destruction to the oceans and the vibrant life that resides in the salty waters.

There are many vegan fish or seafood recipes that can be made by simply using tofu.  The above photo of the plant-based Fish(less) Filet is a perfect example.  Chef Marlon Rison used firm Tofu, Nori strips (seaweed), and appropriate vegan seafood spices to create this breaded filet that tastes simply amazing.  Tell me you wouldn’t want to take a huge bite out of that sandwich!  Give the recipe a try, you won’t be disappointed.

We had another amazing Chef, Andrés Velarde, use Tofu to make what he called TOfish, a vegan Fish Filet recipe that looks and tastes exactly like the real thing.  He also used Firm Tofu and Nori to give you that seafood flavor, shallow frying it to create the tasty filet.  You can find this recipe HERE.

The plant-based food business has been skyrocketing for a while.  According to NewFoodMagazine.com, “By the summer of 2020, plant–based food sales more than doubled (+243 percent), with consumers putting 14 percent more meat-free and dairy-free options in their baskets. … If researchers are right, there will be 12 million consumers eating meat-free and a 98 percent rise in vegans compared to this time last year.”

Plant-based eating has become more attractive for many reasons.  People are starting to recognize the environmental impact meat and dairy have on the planet.  People are also choosing to make healthier choices when it comes to food, and we all know a plant-based diet is really the healthiest choice.  And, with so many vegan options available in the supermarkets, plant-based eating has become more accessible and attractive to the consumer.   JaneUnChained’s contributor, Elysabeth Alfano, did a great interview with one awesome plant-based company that is providing vegan Fish to the masses. Co-Founder of Good Catch Foods, Chad Sarno, shares his views on why we all need to choose vegan seafood, over animal-based seafood.

Another company that makes amazing vegan Fish is Gardein.  They have a Fishless Filet that is so tasty and flaky and will wow any non-vegan that tries it.  Guest Chef Sherri Johnson once showed us one of her favorite go-to simple plant-based fish sandwiches, which she made using Gardein’s filets.  She simply fried it up in her air-fryer and put it in a pretzel bun, covering her filet with all the right toppings!  It is a delicious lunch choice, with zero negative impact on our oceans.  If you want to try it for yourself, be sure to check out the how-to video and recipe.

There are a ton of vegan companies that offer other plant-based fish options.  Loving Hut makes vegan Shrimp that looks incredible. BeLeaf also makes vegan Shrimp as well as vegan Ribbon Fish.   You can even buy vegan Sashimi these days.  GTFO vegan is an online store that sells all the plant-based meat alternatives you can imagine, and more.  You can find many vegan Fish options on their site.  Or just go to your local grocery store and you will likely find plant-based seafood options in the freezer department.  It’s everywhere.

You Can Even Make Seafood Out Of Banana Blossoms!

Guest Chefs Coco & Lala joined us on #LunchBreakLIVE and made vegan Fried Fish out of Banana Blossoms, and they are incredible!  They used canned Banana Blossoms and all the right vegan seafood seasonings like Louisiana Fish Fry seasoning and Old Bay to create an incredible plant-based Fried Fish that is so crispy and flavorful you will never know the difference.  So why not try this cruelty-free vegan Fish recipe and help end the destruction of our oceans!

Another creative way to cook up some vegan Fish is using eggplant.  Yes, eggplant!  Veggies are magical and guest chef Marlon Rison proves that by making a delicious plant-based stacked Fish Sandwich out of eggplant with homemade tartar sauce. Turns out eggplant has the right texture to transform into a flavorful vegan seafood meal…you just have to use the right spices, batter it up, and fry it the right way, drench it in vegan tartar sauce and all your favorite toppings, and you will have a heavenly seafood lunch that is 100% plant-based.  It’s pretty incredible what you can do with vegetables.  This is a recipe you MUST try as you begin your fishless journey.

How about using Chickpeas to make a vegan Tuna Salad?  Yes, it’s possible and it’s delicious.  Guest Chef Erin-Riley Carrasco joined us on #LunchBreakLIVE and made a simple vegan Tuna Salad Sandwich that anyone who craves Tuna will love.  This protein-packed recipe is great to use as a dip with crackers or cut veggies, makes an incredible vegan Tuna Melt, and perfect vegan Tuna Sandwich. Sunflower seeds give it added texture and the tahini dressing makes for a smooth consistency. Make a double batch because everyone in your home will love it and it never lasts long in the fridge.

It’s time to take accountability for the destruction we are causing on our oceans.  If we do not change our ways, the outcome will be catastrophic.  If you haven’t already seen Seaspiracy, please watch it.  The time to choose vegan is now, and it has never been easier.  You can find a ton of simple and delicious vegan recipes through google, or jump over to the #LunchBreakLIVE page where we have a ton of plant-based recipes to choose from as well.  Let’s save our oceans, and in turn, our planet and all the species living on it, including ourselves.  It’s a simple choice.  It’s the right choice.  Go vegan.

A Vegan Lasagna Recipe… It’s Too Good To Be True.