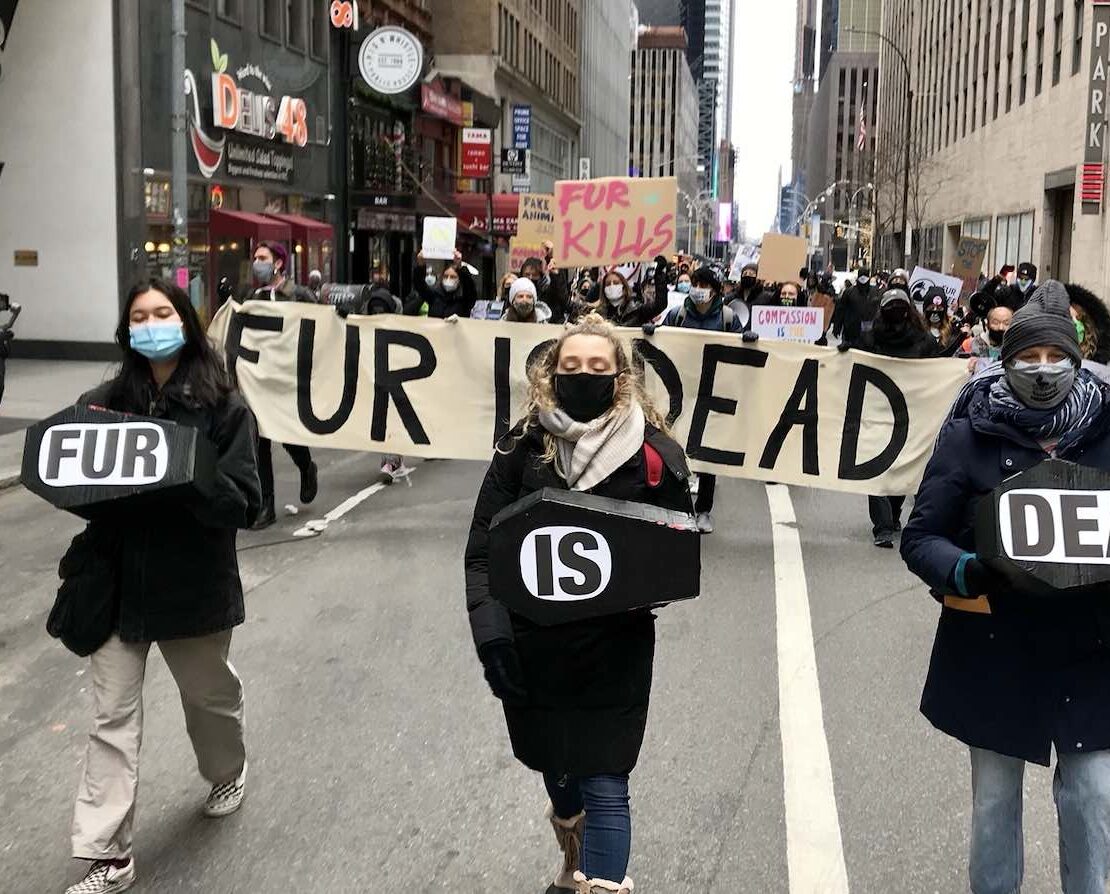 SAKS FIFTH AVENUE WILL NO LONGER SELL FUR BY JANUARY 2023!

It was more than a quarter of a century ago that I cut up my Saks Fifth Avenue card and mailed the pieces to the department store with a letter that said… I will no longer shop at your store because you sell fur. When I did it, it felt like a waste of time. They’ll never change. Boy, was I wrong. It took long enough. It took thousands of protests outside their stores, inside their stores, and at the homes of some of their executives. But, FINALLY, Saks Fifth Avenue has just announced that it is phasing out the sale of fur and will stop by the end of 2022. Thanks… but what took you so long?

Thousands of animal activists, led by PETA (People for the Ethical Treatment of Animals), Last Chance for Animals (LCA), Coalition to Abolish the Fur Trade, and others, have spent years both pleading and demanding this horrifically cruel and totally unnecessary product be tossed into the bin of history! Now, this is the tipping point! Miss Montana 2020 Merissa Underwood, NYCLASS‘s Edita Birnkrant, Rachel J Levy Ejsmont, New York State Assemblywoman Rosenthal Linda B Asmblywmn, Jenny McQueen of Animal Save Movement/ The Save Movement USA, Dani Rukin with Compassionate PDX, Amanda Schemkes of CAFT USA, Caesar Asebedo of Animal Alliance Network and others, join JaneUnChained.com‘s Jane Velez-Mitchell to celebrate this milestone for the animal rights movement in the video above!

Saks Fifth Avenue cited “customer preferences” and “societal shifts” to explain their decision. Yes, society is evolving on this issue. We all know that fur is completely unnecessary. Mountain climbers facing arduous conditions wear synthetics designed to keep them warm. We all know the collection of fur involves torture. Animals are trapped in the wild, their limbs snapped. On fur farms, they are kept in tiny, filthy cages and die from anal electrocution and other sadistic methods. Videos document that many are skinned alive. And, thanks in large part to undercover videos, consumers are seeing the truth and rejecting this product.

A HERO WHO WENT UNDERCOVER AT FUR FARMS WAS JUST FOUND NOT GUILTY!

At the same time as word of the decision by Saks to dump fur hit the public, so did news that a judge had acquitted a Canadian animal activist who was arrested after going undercover at fur farms in Canada and videotaping the horrific and sordid conditions inside these hellholes. JaneUnChained News scored the first interview with activist Malcolm Klimowicz after he learned that he would not have to spend a decade in prison for showing the world the truth. Here’s his interview with me.

The anti-fur movement still has much work to do. Even though Macy’s, Nordstrom’s, Bloomingdale’s, Gucci, Prada, Chanel, Coach, Burberry, Versace, Michael Kors, Armani, and others, have announced fur-free policies, there is a lot of fur being sold in stores, outlets, and online. If you see fur in a store, tell the manager to stop selling it and announce that you are leaving without a purchase because of their morally bankrupt policy. Join the organizations, like PETA, leading the way. And, attend protests at stores that still sell it.

In every instance, the businesses that have profited off of this bloody trade were initially asked, nicely, to stop. Then, they were politely sent petitions and videos that document the horrors of the fur trade. Then, they were targeted with protests. Now, consumers are backing up the protesters. They increasingly find fur distasteful. It’s just not cool to wear fur anymore. It is no longer a status symbol. Fur is now a contrarian indicator revealing, more than anything else, desperation to exhibit “status” even if it means torturing a sentient being. What kind of status is that? All of this is a roundabout way of saying what animal activists have been saying for years now… FUR IS DEAD.