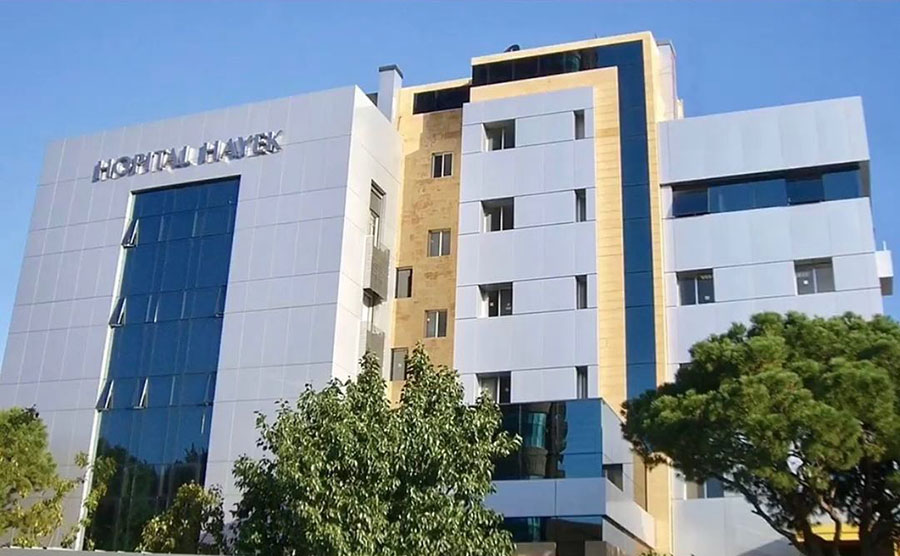 Imagine a patient needing surgery to clear a clogged artery, only to have the hospital start clogging the artery again by serving the patient bacon and eggs soon after the surgery.  This kind of thing happens all the time at hospitals across the United States and the world. Even though the American Heart Association lists “unhealthy diet” as a leading cause of heart disease, even though there is NO cholesterol in vegan products, even though there’s LOTS of artery-clogging cholesterol in meat, dairy, and eggs, hospitals continue to serve patients unhealthy, meat-based meals.  Eating animal products is killing humankind, and hospitals still have not acknowledged that!

George Hayek, a vegan entrepreneur who inherited his father’s hospital, decided to transition the hospital’s meals to 100% plant-based options. After encountering some initial resistance from some staff members, Hayek brought in nutrition experts to make the case that a vegan diet is, by far, the healthiest. In March of 2021, Hayek Hospital, in Beirut, Lebanon officially became a fully plant-based hospital.

This hospital bills itself as the world’s FIRST VEGAN HOSPITAL. Those who were initially doubtful have been won over by food so delicious that many come to Hayek hospital just to dine! Hopefully, by showing the medical community that a plant-based meal plan can be popular with patients and staff, other hospitals will switch to plant-based.  George Hayek explains how he won over the staff in this #LIVETALK with JaneUnChained’s Jane Velez-Mitchell! Click just below to watch!

Setting aside those who have died from COVID, the leading cause of death in the U.S. today is heart disease, which is -except for rare quirks of heredity-   linked to the consumption of animals. Cholesterol is exclusively found in animal products. As for cancer, another leading killer, the World Health Organization classifies processed meat as carcinogenic–in the same category as smoking tobacco.

“It’s an urgent matter. I think the step I took for the hospital was the only logical step to take.” Hayek ponders the tragic absurdity of serving meat in hospital cafeterias. “Why would any hospital in the world offer  carcinogenic food to their patients?”

Hayek says meat is the new cigarette. We all look back in horror at those old ads where doctors pushed cigarettes. Hayek believes we will soon look the same way at doctors who push meat and dairy!

“Our patients will no longer wake up from surgery to be greeted with ham, cheese, milk, and eggs, the very foods that may have contributed to their health problems in the first place.”

FROM DISEASE TO PANDEMICS

In the same way that we need doctors to focus on disease prevention, not just treatment, we also need society to actively seek ways to prevent the next pandemic while coping with the current one.

COVID-19 is a zoonotic illness, meaning it jumped from animals to humans.

“It’s great to wash our hands. It’s great to social distance and wear masks. Lockdowns. Extremely good measures to slow the spread of the pandemic. But what are the measures we’re taking to prevent the next pandemic?” asks Hayek.

AND, THEN, THERE’S WORLD HUNGER

“We have enough food to feed 80 billion land animals every year so that the privileged can have a piece of steak on their dinner table, when the majority of people are starving.”

2 billion people currently suffer from food insecurity. We can end this horror by ending animal agriculture, as farmed animals are currently eating most of the food the world produces. We raise and kill about 80 billion animals for food every year. We are only 7.9 billion humans.

Hayek is a dedicated activist on many fronts. Founder of the Lebanese Vegans and the first Vegan Social Hub in the region, he also works to serve free vegan meals to those who are struggling with food insecurity. He is on a mission and hopes other doctors join him.