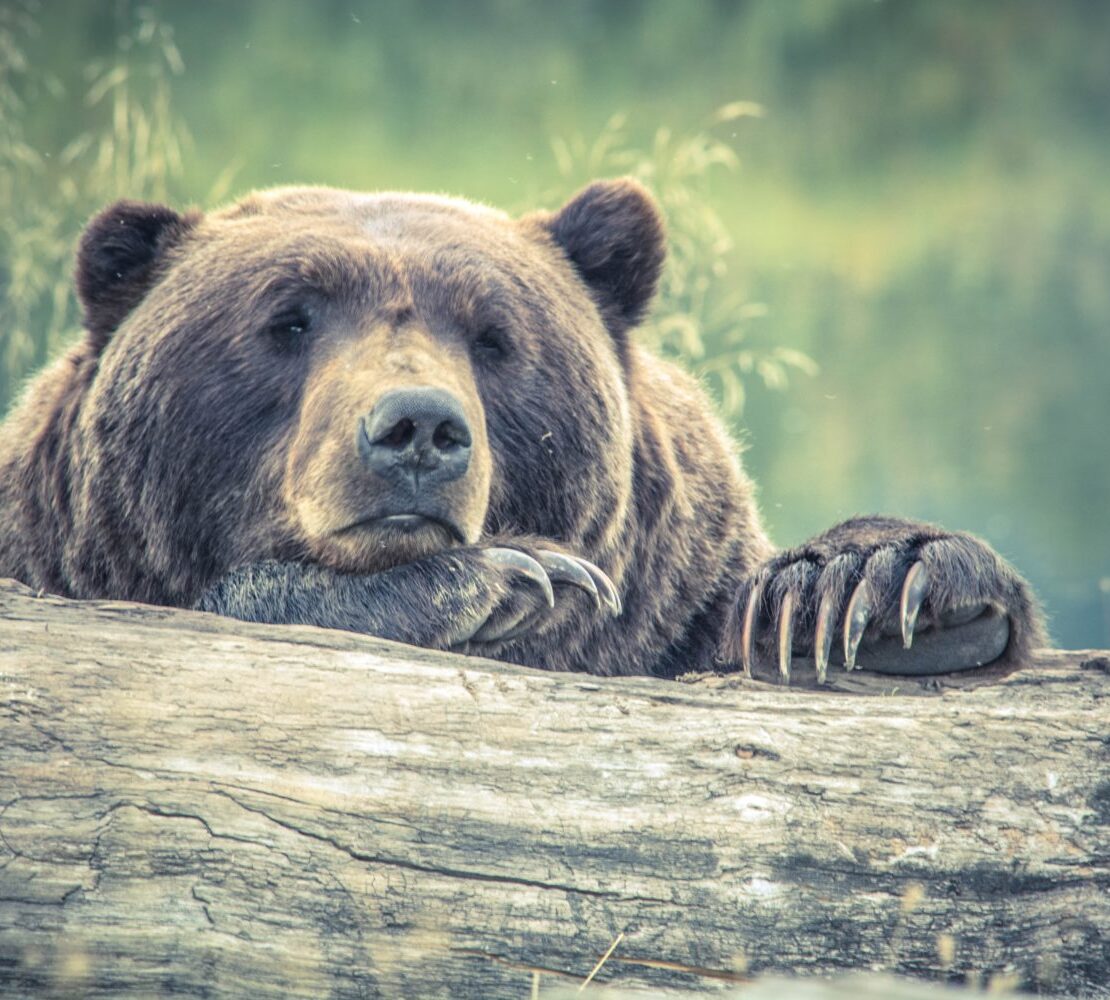 When Justin Barker was a boy, he read a book that would lead him to save the lives of two captive bears, and dedicate his life to advocating for animals. It was Ingrid Newkirk’s 101 Things Kids Can Do to Save Animals, a book which is still available to order and which every kid should read! That handbook for activism gave Justin the tools and determination he needed when, as a teenager, he visited a local zoo and saw two very forlorn and horribly neglected black bears.

The sibling bears, Brutus and Ursula, were living in a cage that was not much bigger than a shipping container at the edge of a creek that flooded every few years. The marks on the concrete floor made it clear that the bears spent their lives pacing in a horrific prison. They had been there for 20 years!

Bullied Teen Transformed… by His Own Kindness!

As a teen who was experiencing bullying at school, Justin immediately identified with their plight and made a vow to get these bears out of their hellish captivity.  The odds were stacked against Justin.  Yet, he managed to get international media attention, raise hundreds of thousands of dollars and get those bears out of that hellhole. How did he do it?   You’ll have to order the book to find out. And, you’ll learn how Justin, in successfully waging a David and Goliath battle, found the inner strength to stand up to bullying. As Justin fought for the bears, the bears were helping him transform into the confident, even charismatic TV producer and animal activist he is today.

SPEAKING TRUTH TO POWER: THE ESSENCE OF ACTIVISM!

Justin Barker’s book shows us how anyone, of any age, can make powerful change for animals. As a teenager on a mission, Barker investigated the zoo and requested Freedom of Information Act documents in order to dig deep. As citizens, we have the power to hold exploiters accountable.

When Justin first began his fight for the bears, he describes what it was like to be told he would never succeed, by the mayor himself.

“He literally told me those bears were going to die in that cage. That is what the mayor told me at  the time. And that was my rallying cry to prove him wrong.” Justin Barker, author of Bear Boy

Getting the media on his side to help him expose this travesty was a driving force in his success, helping him raise money and attract celebrities to his cause.  Getting the news media’s attention can be incredibly difficult for animal rights activists, but Justin proves – with imagination and relentlessness – it can be done.

Jane Goodall, who has followed his story since he was 14 years old, wrote the foreword to Bear Boy, after getting an advance copy and finding it impossible to put down!  You will too! Listen to Justin discuss his compelling story below with Jane Unchained’s host, Jane Velez-Mitchell!

Most of us grew up going to zoos and aquariums. We’re told that these are educational spaces that teach children to respect animals and the natural world. But studies continue to show that zoos are far from educational and, instead, teach children that it’s okay to exploit other beings for their own self-interest.

Zoos need to be transitioned into sanctuaries that put the interests of the animals before the humans.

“The difference between a zoo and a sanctuary is zoos are designed for people. Sanctuaries are designed for animals. It doesn’t matter how much land the zoo has. Their whole model is to keep animals in tiny spaces. Why? Otherwise the animals would walk away and go to the farthest end away from humans because nobody likes to be put on display.” Jane Velez-Mitchell, JaneUnChained Editor

To learn more about animals, we have plenty of alternatives right at our fingertips that don’t require keeping beings in cages. Books, documentaries, and the new world of virtual reality teach children how animals actually behave in their natural habitats. A tiger in a cage doesn’t even have the means to act the way a tiger should and would out in nature.

Zoos must be transitioned into sanctuaries that put the needs of the animals before human spectators.

After 146 years of operation, Ringling Brothers Circus finally shut down,  sparing countless elephants and other wild animals from that life of brutality. SeaWorld continues to be the subject of protests by PETA and other animal rights organizations. The movie Blackfish, which aired on CNN, shocked the world by exposing SeaWorld’s dark side.  It’s time for society to realize that zoos and aquariums belong in the dustbin of history and should be closed or transitioned into animal sanctuaries.