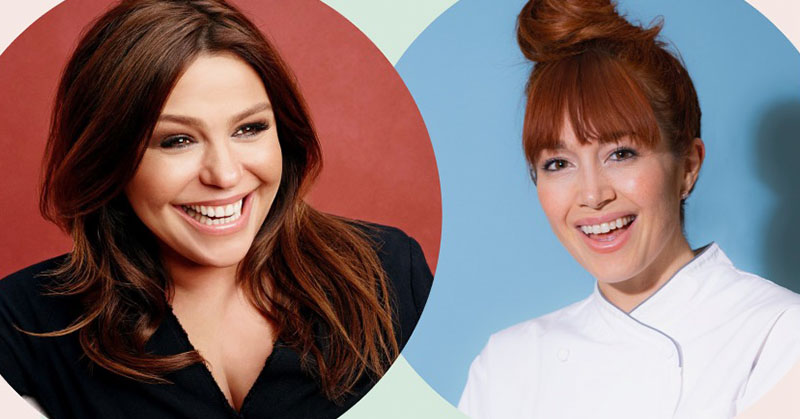 TV star Rachael Ray cries over this vegan campaign…and you will too. Vegan chef Nicole Derseweh’s touching Martha Project serves delicious, nutritious, plant-based meals to our unhoused neighbors. Nicole uses the term “houseless” as opposed to “homeless” in order to remind everyone that there but for the grace of God, or what others might call luck or fate, go any one of us. The houseless are our members of the community who lack shelter.

Nicole Derseweh is a vegan celebrity chef and advocate. She is a best-selling cookbook author (check out her latest cookbook! ) and a known private chef to Hollywood stars. But, most of all, she stands up for those in need.

Rachael Ray cried, deeply touched by the initiative. So much so that Ray’s TV show ran a whole mini-doc on the project!

Nicole discussed The Martha Project with #JaneUnChained’s Jane Velez-Mitchell, who couldn’t help but tear up herself. Check it out below!

PLANT-BASED MEALS TO THOSE IN NEED

Eating meat has been linked to cancer, heart disease, diabetes, and other illnesses. We do our unhoused neighbors a disservice by feeding them a meat-laden diet. Animal agriculture actually contributes to world hunger as it takes about 12 pounds of grain to produce one pound of beef, according to Earth Save. Indeed, about 70% of US grain production is fed to livestock.  Eliminating the world’s most inefficient food source would go a long way towards ending malnutrition and hunger globally. In short, there is no need to cause unnecessary suffering to pigs, cows, and chickens on the pretext of being kind to humans. Nicole’s extraordinary campaign is living proof of that.

With a dedicated team of volunteers, Nicole whips up 300 homemade, plant-based meals per session. But the meals aren’t just dropped off and left behind on a street corner. Nicole insists on making a human connection.

Beyond feeding underserved communities, Nicole also seeks to restore dignity by showing interest in each individual she meets.

“If you really understand the fact that separateness is an illusion and that we all are interconnected, you understand that we’re not okay until we’re all okay. This project isn’t about serving meals. It’s about restoring dignity through human connection.” – Nicole Derseweh, Vegan Chef, Martha Project Founder

Nicole named the initiative after her grandmother Martha, who expressed her love through food. The Martha Project carries on this compassionate legacy in Los Angeles.

For just 5 dollars, you can support the effort to bring a healthy, delicious, plant-based meal to someone desperately in need. The produce is sustainably sourced and packaged in earth-friendly materials.

Please donate what you can by clicking this link.