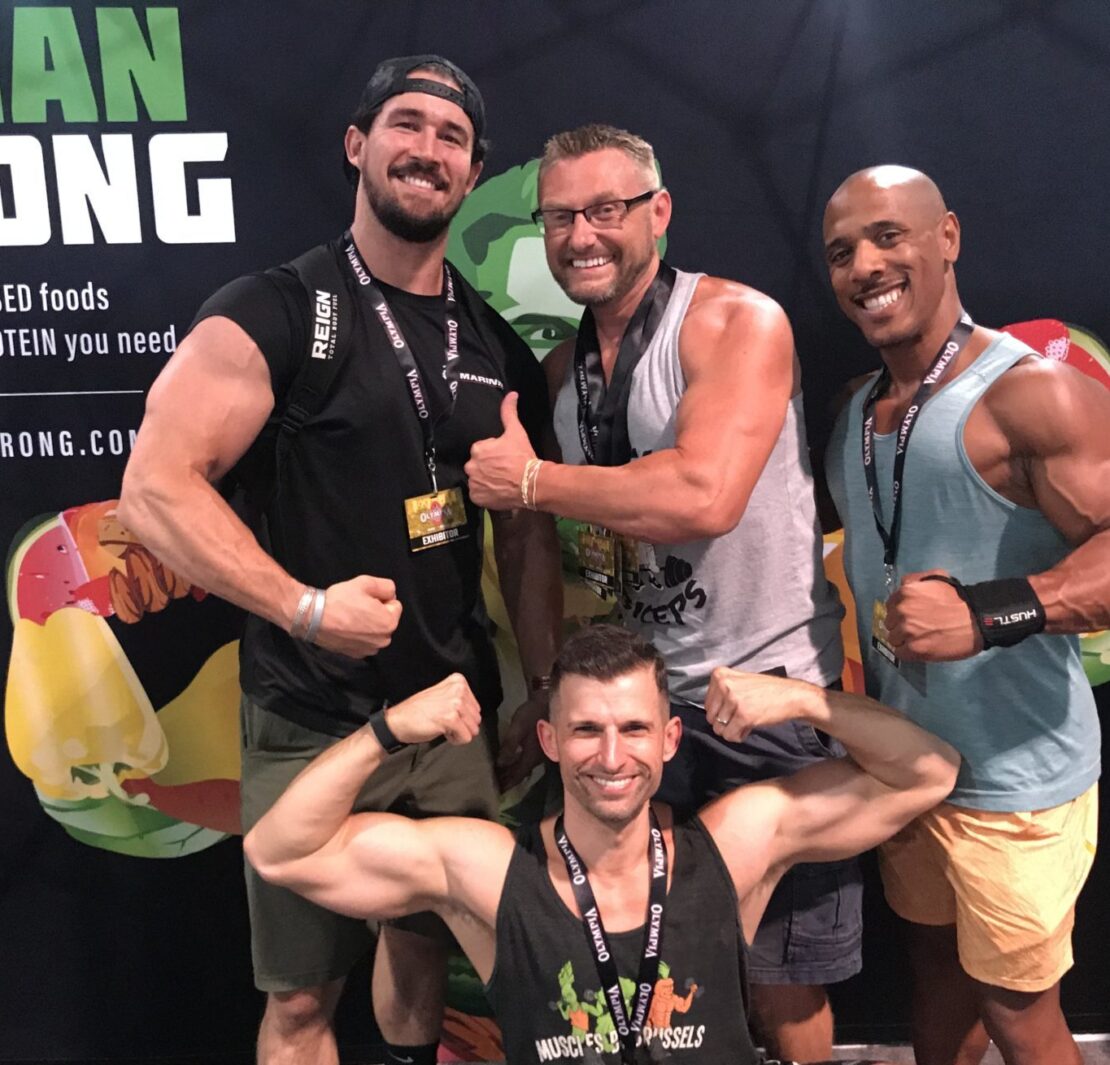 The Plant-Based Athlete: A Game-Changing Approach to Peak Performance will bring anyone to their peak-athletic ability. The book has become an instant New York Times Bestseller! Check it out here!

The latest book by plant-based athletes Robert Cheeke and Matt Frazier offers courtroom-worthy evidence that plant-based is the way to be to live your optimal life. Robert Cheeke is a champion vegan bodybuilder and the founder of Vegan Bodybuilding & Fitness. Matt Frazier is a vegan ultra-runner, who found he could run faster and longer when he began eating a plant-based diet. He qualified for the Boston Marathon and completed his first 100-mile ultramarathon soon after doing so.

While these two super-humans are incredibly qualified to speak on the benefits of plant-based eating, the book features anecdotes and evidence from 60 of the world’s greatest vegan athletes. In fact, it even reveals the favorite recipes of the top plant-based runners, skiers, mountain bikers, ultramarathoners, and cyclers. Gives new meaning to the phrase, “I’ll have what she’s having.”

Jane Velez-Mitchell discusses their gains below!

ANYONE CAN BE AN ATHLETE. JUST GO PLANT-BASED!

You don’t have to be a professional athlete to gain all the benefits.

“We wrote this for the average person, not just the athlete. We really wanted to keep everyone in mind,” says Cheeke. “What we really wanted to do was redefine the word ‘athlete.’ I think a lot of people really aren’t giving themselves enough credit.”

So whether you’re an ultra-runner or just do yoga once in a blue moon, your performance will improve by embracing the power of plant-based! A balanced, plant-based diet offers more nutrients per calorie. It’s an easy way to optimize every meal!

Matt Frazier emphasizes the power of plant-based eating to improve recovery. Plant-based eating helps with blood flow, which is important for recovering quickly after a workout. Plant-based diets are also rich in antioxidants, which have been shown to decrease inflammation.

Wimbledon champion Venus Williams credits a plant-based diet with saving her career. After developing the autoimmune disease, Sjorgen’s Syndrome, tennis became incredibly painful for her. “Plant-based definitely changed my life,” she told Insider. She gives it the additional credit of improving her skin!

Beyond short-term healing, plant-based diets can also aid in longevity. “Plant-based diets are linked to such a reduction in so many of those top killers: heart disease, cancer, stroke. Even things like Alzheimer’s” says Matt Frazier. About 1 in 10 Americans have diabetes, and plant-based diets have been shown to help with prevention and management.

“There are lots of studies that indicate plant-based diets are going to lessen or minimize your risk of getting these leading death-causing diseases. And to me, if you can get all those benefits, reducing all the leading causes of death through your diet, then to me, that’s the diet I want to bet on as far as longevity goes.” -Matt Frazier