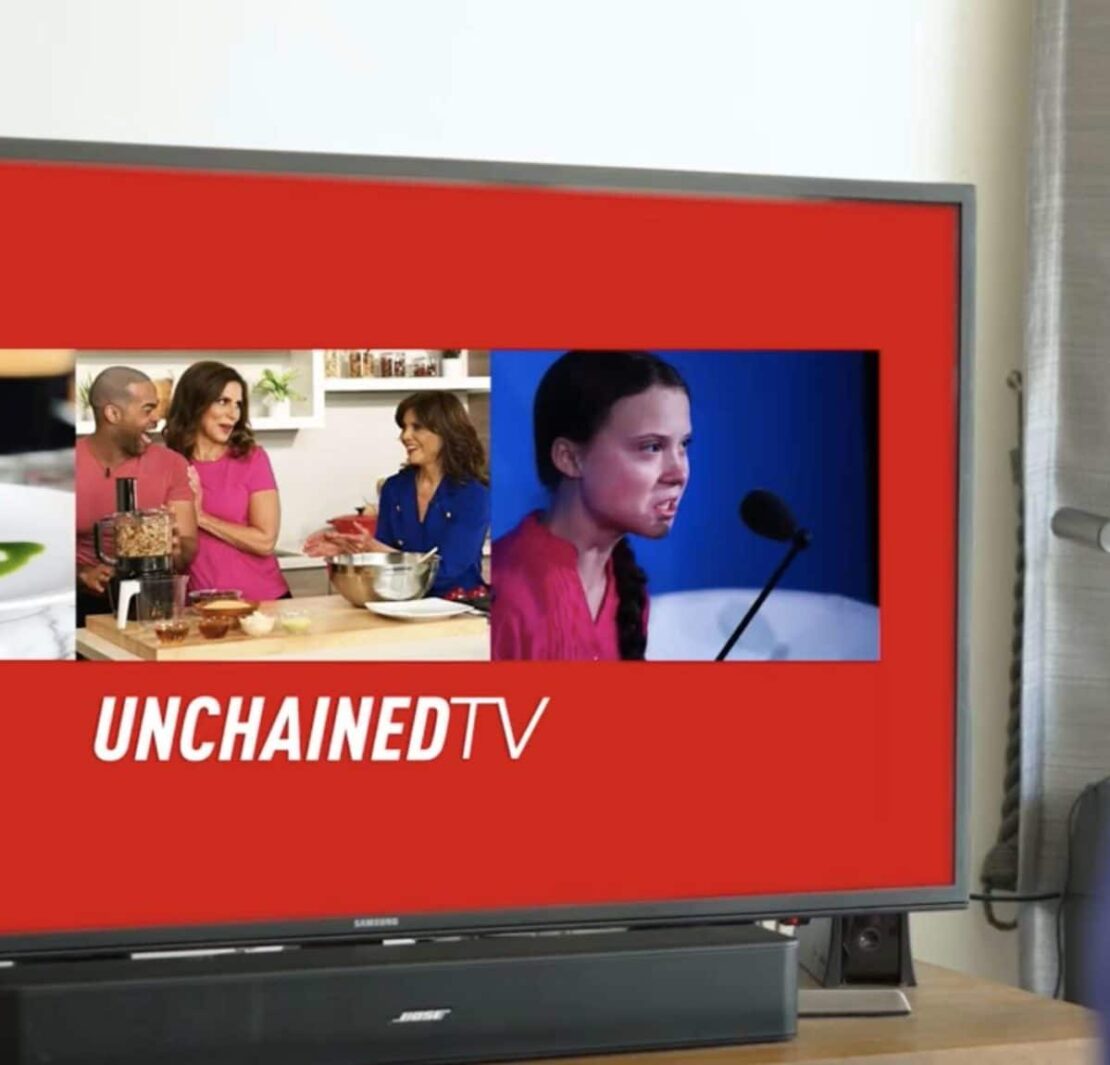 Great News! We’ve just launched a 100% vegan streaming TV network on multiple platforms… and it’s FREE!! Download UnChainedTV on your iPhone, Android phone, Roku, Amazon Fire Stick, or AppleTV device (not to be confused with the Apple + subscription). Get the latest vegan/animal rights breaking news, plus movies, vegan cooking shows, music videos, business, fitness, and talk shows… and it’s all plant-based! Please download UnChainedTV on one or more of these platforms today. Check it out and, if you like it, give it a 5-star review!

UnChain Your Brain with Free TV!

“We give viewers thought-provoking content they cannot get on mainstream television networks. We offer solutions to the world’s leading problems: the climate crisis, deforestation, wildlife extinction, human hunger and human disease. People who click on UnChainedTV get a window into a life-changing transformation” says UnChainedTV founder Jane Velez-Mitchell, an award-winning journalist who worked inside mainstream media newsrooms for decades, including as a host on CNN Headline News (HLN) and in syndicated and local television.

This breakthrough network features renowned vegan films like Earthlings, Vegucated, The Invisible Vegan and Countdown to Year Zero, new films like There Was a Killing and profiles of top vegan athletes and vegan business leaders.

As a global digital hub for vegan video content, UnChainedTV brings you the latest plant-based happenings from around the world, including reports from our UnChainedTV correspondent at COP26 in Glasgow. We cover issues ignored by mainstream television networks, like the hypocrisy of serving meat at a climate summit. UnChainedTV also plans to launch LIVE shows, featuring leaders in the plant-based movement.

All this has been made possible by our collaboration with the Emmy-winning producer Eamonn McCrystal, of Inspired. “Eamonn is absolutely brilliant both on the creative and the technological side,” says Velez-Mitchell. “We are so lucky to be collaborating with him.”

The Time Is Now!

With the legendary Met Gala going vegan, with Eleven Madison Park – considered the world’s best restaurant – going plant-based, with vegan stocks like Beyond Meat and Oatly taking center stage, now is the time for a 100% Vegan TV Channel.

This channel is created by Emmy award-winning producer Eamonn McCrystal of InspiredTV in conjunction with JaneUnChained.com, a 501c-3 non-profit news network.