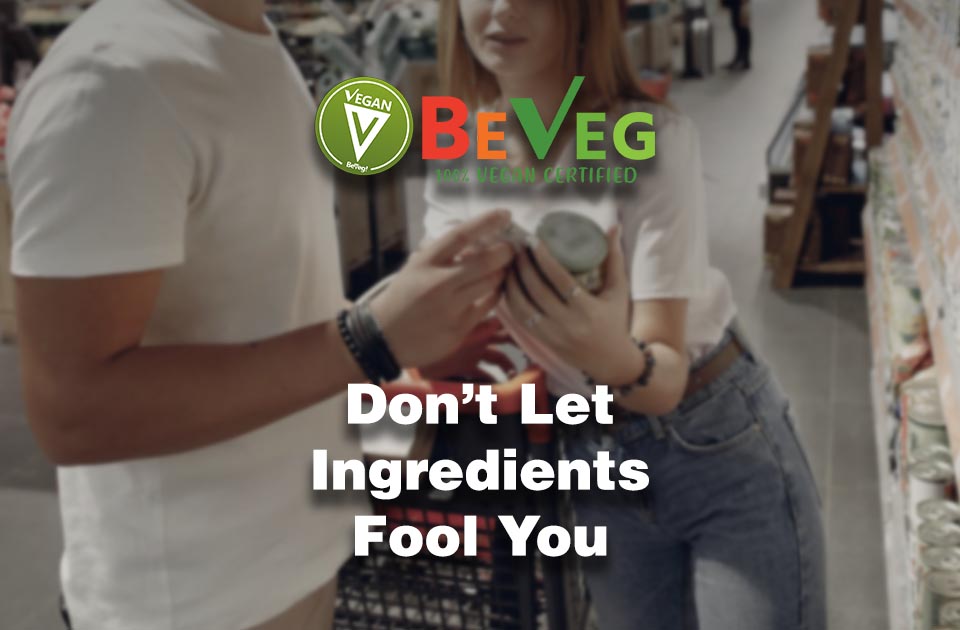 When you’re Vegan, sometimes every day feels like April Fool’s Day. Misleading trademarks and confusing ingredient lists are just a few of the ways consumers are being fooled by major industries. Let’s take a look at foods you maybe thought were Vegan, but actually aren’t….

Sadly, ingredients are often masked as foreign names or weird chemical codes, in order to fool you! Despite consumer protection laws, many of us are forced to turn to google to decipher the complicated and unknown ingredient names when it comes to wanting to make informed Vegan purchasing decisions.

That is why proper Vegan labeling is so important, according to a recent article in Nutritional Outlook. “If I put ‘Vegan’ on a product and someone else puts ‘Vegan’ on their product, they could mean two totally different things—which is problematic for a Vegan consumer because they want to make sure that the product meets what they define as Vegan,” says Sara Risley, director of food product certification for Quality Assurance International (QAI; San Diego, CA), an NSF International Company. She noted that the founder and CEO of BeVeg, Carissa Kranz, Esq., will be focusing on encouraging regulators to establish a definition for vegan, “where we’re defining what vegan means so that it can be trusted,” Risley said. Not only that, certification like BeVeg makes it easier for retailers to distinguish which companies’ claims are credible, she added.

The BeVeg Vegan Trademark saves you time and avoids you having to look at fooling ingredient lists. BeVeg is the only Vegan label that is accredited with third party audits, that looks into not only claimed ingredients but manufacturing processes, controls, and HACCP plans, ensuring the BeVeg integrity standard is one of food safety, product safety and transparency. For more information on official Vegan certification, visit www.beveg.com.