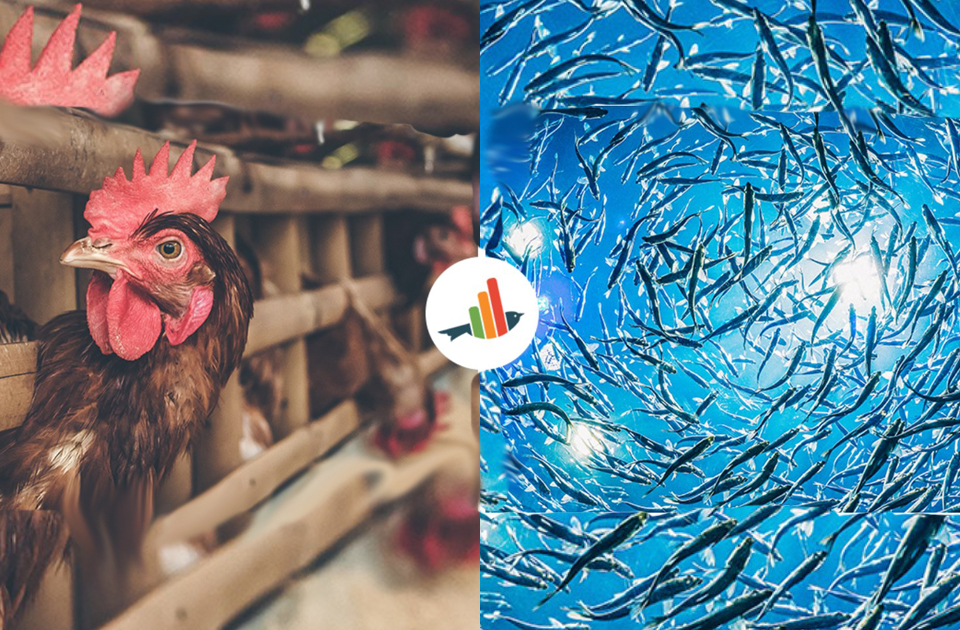 A new study reveals how people really feel about chickens and fishes in five countries where these animals are massively consumed.

Wouldn’t it be great to know how people really feel about animals like chickens and fishes? After all, chickens and fishes are arguably the most exploited and abused beings on earth, killed in the greatest number. Couldn’t those insights into the human psyche provide a roadmap to a more compassionate culture? Well, now, we have some crucial data about humans’ attitudes towards chicken and fishes, thanks to Faunalytics.

The headline takeaway of this new research?

Most people, across all countries surveyed, believe that chickens are capable of pain, communication, and negative emotions.  So, how can animal advocates use that information to create more effective campaigns?

Faunalytics is a nonprofit organization that empowers animal advocates with access to research, analysis, strategies, and messages that improve their effectiveness to reduce animal suffering. For more than 20 years, Faunalytics has conducted and disseminated original research that delves into essential animal advocacy issues. It has done many studies over the years. Now, their latest research zeroes in on what people believe about chickens and fishes. Interestingly, they found that many beliefs are consistent across countries. But important differences remain, underscoring the need to tailor animal advocacy campaigns to the relevant culture.

One of the researchers, Zach Wulderk, had a conversation with UnchainedTV founder Jane Velez-Mitchell that you can watch in its entirety here:

Why the Beliefs about Chicken and Fish Matter?

It’s all about numbers. There are over 68 billion chickens and 97 million tons of fish slaughtered globally each year.

Faunalytics researcher Zach Wulderk says changing attitudes toward these two categories of animals would go a long way towards radically transforming our broken and morally bankrupt food system.  “When people think of animals used for food or farmed animals, they tend to probably think of  cows and pigs, and other mammals that maybe we feel more similar to. But they don’t think about chickens as often. Maybe because they feel like they can relate to them less.”

And, says Wulderk, people relate even less to fishes.

“I can’t actually tell you the number of fishes because nobody tracks that. This goes to show you how much they’re thought of as objects or as a crop, rather than living creatures. The amount of fishes killed each year is measured by weight. In 2018, that number was nearly 100 million tons. There’s a group called Fish Count that tries to estimate what that number is in actual lives lost and they estimate between 800 billion and 2.3 trillion fishes are caught from the wild each year. So, over a trillion is likely. Add to that another 50 to 170 billion on fish farms. The amount of lives we’re talking about here is really immense.”

The study included Brazil, Canada, China, India, and the US, accounting for over 40% of  global chicken slaughter and more than a quarter of global fish slaughter. China, the US, and Brazil slaughtered more chickens than any other country in 2018. In terms of tons of fishes slaughtered, China ranked first, while India was fourth and the US sixth.

“Making it any sort of dent in the number of chickens or fishes killed would have a huge impact on a number of things that are really affecting the world right now.”- Zach Wulderk, Faunalytics researcher

After years of advocating for animals outside of work, Zach Wulderk decided to make his passion for animals his career. He has a background in economics and political science, graduating from Wesleyan University with a BA in Government, and worked for several years in both economic consulting and economic development before joining the Faunalytics team. He became one of the researchers who started a project to figure out the differences between countries when it comes to what people believe about chickens and fishes. This is a collaboration between researchers at Faunalytics and Mercy For Animals (MFA). Jo Anderson and Tom Beggs from Faunalytics and Courtney Dillard, Walter Sanchez-Suarez, and Sebastian Quaade from MFA form the rest of the team.

Wulderk explained to Velez-Mitchell that Faunalytics aims to give “boots on the ground’ animal advocates the statistical insights they need to fashion strategically effective campaigns. The organization has amassed a research library with thousands of short summaries of published academic research, which campaigners can study to make smart decisions.

“We also do original research on a variety of topics from people’s beliefs about chickens and fishes to what comes up for people who are newly vegan or vegetarian. All of that’s available for free on our website. We also do pro bono work to support animal advocates. One of the ways we do that is we have weekly office hours where animal advocates can just drop in and ask their research-related questions. Whether they’re trying to launch a survey or they’re looking for data, or help analyzing data, we can provide free one-on-one support for that.”

What Do People Believe About Chickens and Fishes?

The study surveyed over 1,000 adults each in Brazil, Canada, China, and the U.S., and nearly 900 in India. Participants were asked to provide information on their beliefs about chickens and fishes. Respondents were then asked if they would take a diet pledge to reduce their consumption of these animals. And also if they would sign a petition calling for improved living and slaughter conditions.

The key findings of the study were:

“These findings help us better understand how people in different countries view chickens and fishes and will ultimately allow us to advocate more effectively for these animals” – Courtney Dillard,  Mercy For Animals.

What Influences those Beliefs?

As we see different beliefs in different nations, the study shows that cultural differences account for some of what people believe about chickens and fishes.

“In US culture, people are very used to the perceived importance of meat on their plate, or animal products. We’re constantly bombarded with ads for it. That makes it very difficult for people to even conceptualize the idea of going vegan.”

A culture of fast food may also have a strong influence. This explains why even vegans continue eating plant-based food that looks like meat.

“People are more comfortable with the idea of a burger rather than rice and beans, or an alternative like that. Those things are important to shift because there is  a physical dependency, or addiction, to this product. Also, these social aspects continue to reinforce that behavior.”

And, cultural factors may also shift depending on the demographic.

“We found, in the US, that men were less likely than women or people of other genders to take the chicken diet pledge to reduce their consumption of chicken. Maybe that’s just the way that we associate eating chicken with the masculine — wings considered just traditional man food or something along those lines. In terms of fish consumption, or willingness to sign a petition, gender wasn’t a factor there.”

Using the following links, you can access the individual study results to learn the research findings and recommendations for advocates in specific countries: Brazil, Canada, China, India and US.

“There are a lot of positive things that people do believe about chickens and fishes. But they haven’t been able to translate into action on behalf of the animals.”- Zach Wulderk, Faunalytics researcher