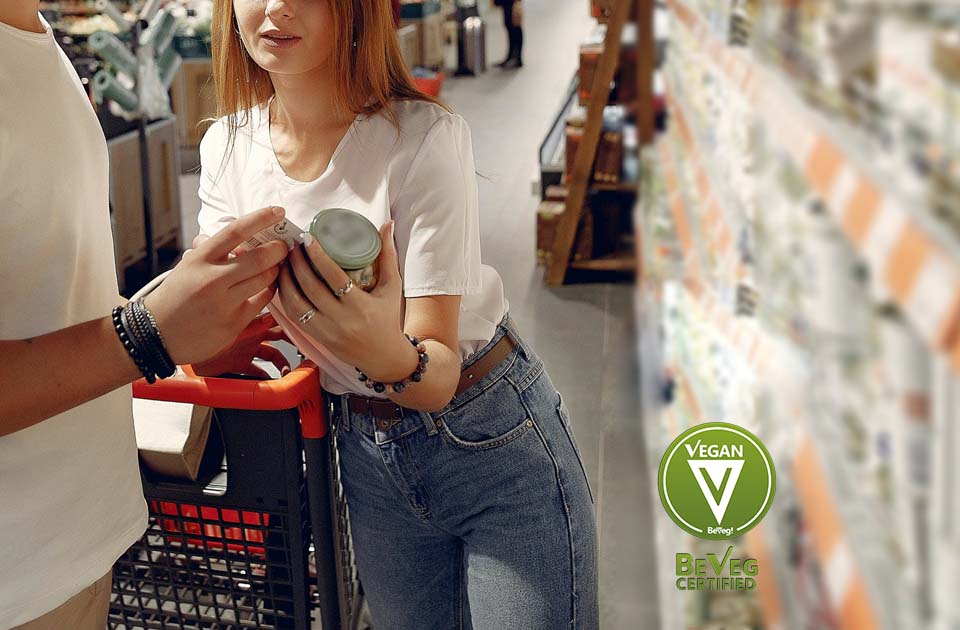 Did you know the dietary supplement industry kills 24 billion animals and creates 1.8 billion plastic pill bottles every year in the US alone? Due to the lack of regulation, supplement companies lack transparency about animal ingredients, and how they are sourced, and their overall manufacturing processes.

Determined to provide consumers with the truth, BeVeg Vegan certification has partnered with NSF, a world’s leading product safety certifier, to bundle the Vegan supplement audit with other NSF sport or other NSF vitamin audit programs.  BeVeg also endorses and supports the Transparency Label Campaign, and petition urging the FDA to include a section on the ‘Supplement Facts Label’, which would clearly indicate if a product includes animal-derived ingredients. However, use of the BeVeg Vegan certification trademark means companies were transparent, forthcoming and audited in their Vegan claims. The reality is, you cannot trust any other self Vegan label claim or Vegan trademark that is unaccredited and unaudited, especially with the lack of legal regulations.

BeVeg International is an ISO accredited Vegan certification body that aims to raise awareness to help empower consumers to make informed decisions. The Transparency Label campaign published a comprehensive report about the impacts of the dietary supplement industry on animals and the environment, which exposes an alarming amount of undisclosed animal derived ingredients and shines a light on the unsustainable practices that are contributing to climate change.

Under the Dietary Supplement Health and Education Act of 1994 (DSHEA): Manufacturers and distributors of dietary supplements and dietary ingredients are prohibited from marketing products that are misbranded or misleading. However, the supplement industry lacks transparency about ingredients and sourcing, as there are minimal FDA inspections into supplement facilities, and no sourcing requirement on vitamin labels. Meaning, consumers have no way of knowing all that goes into their supplements. In fact, more than half of supplements in the market use at least one animal derived ingredient, with 44% of all on-market supplement products containing at least one of the two most common animal ingredients: magnesium stearate and gelatin. Magnesium stearate and gelatin are made from processing byproducts, such as fat, bones, and tendons from cows, pigs, and sheep.

The Transparent Label Campaign petition is being led by Terraseed, Animal Save Movement, and supporting organizations like BeVeg, Social Compassion in Legislation, Seed (Strategies for Ethical and Environmental Development), Naturally Boulder, and more.

“Did you know it takes approximately 100 fish just to make one 30-pill bottle of Omega-3? Or that fish don’t even produce Omega-3 naturally, but instead from their plant-based diets – so essentially they are a middle man? Most consumers do not,” said Maria Cebrian, co-founder and CEO of Terrseed.

By requiring the FDA to be accountable and by having supplement companies go through the BeVeg accredited Vegan certification process, we are protecting the consumer from the hidden ingredients and waste of the supplement industry; we are informing consumers and empowering them to make a difference, says Carissa Kranz, Esq. BeVeg founder and CEO.

To learn more about BeVeg Vegan certification and how you can bundle your audit with another NSF program audit, click here.