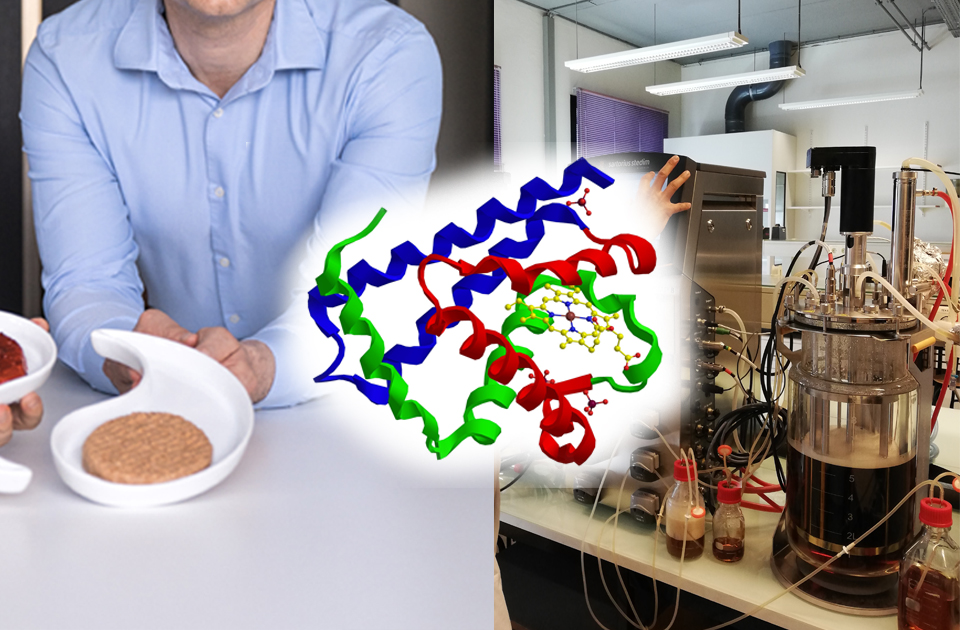 In a major breakthrough, a company is producing animal proteins, using precision fermentation, but without any animal ingredients whatsoever.

As the climate crisis hits home with fires, floods, drought and surreal storms, there is a growing consensus that the devastating environmental impact of animal agriculture must be addressed.. and soon. But, while the vegan movement is exploding, global meat consumption is not decreasing. The craving for meat seems just too powerful for many people to resist, even though meat contributes to leading causes of death including heart disease and cancer. But, before you throw up your hands in despair, check out this breakthrough technology that could give people their taste of meat without even a single animal cell being involved in the process.

You may have heard of cell-based meat, cultivated meat, or lab meat. However, this “clean meat” still comes from animal cells, with all the ethical and health controversies associated with that. This new, breakthrough product, however, is different. It does not use a single animal cell. Instead it uses precision fermentation. In general, this term describes the use of microorganisms, like yeast, bacteria or microalgae, to grow specific nutrients for human consumption. And, it can be done on a massive scale. By clever use of genetics, it is now being used to grow animal proteins that are bio-identical to actual meat but without the use of any animal cell.

This is what Paleo, a Brussels-based biotechnology company, is doing. It has now managed to produce myoglobin, an animal protein of the type known as heme, that can be added to plant-based products and, voila, they immediately being to taste, smell and look like meat. Hermes Sanctorum, Paleo’s founder and CEO, told UnchainedTV‘s Jane Velez-Mitchell how they do that. You can find out by reading below, or by watching the following video:

For millennia, people have been using microorganisms to produce all sorts of foods. We give them some nutrients, and they use them to grow and produce other substances that we then consume. For instance, we give barley to yeast, and we then consume the resulting alcohol in the form of beer. We call this fermentation. If scientists encode the DNA of these organisms with genes that produce substances that the microorganism would not naturally produce, then we have precision fermentation. Someone has now managed to use precision fermentation to grow a particular animal protein called myoglobin in yeast. And this is significant because this is the protein of a type known as heme believed to be responsible for the particular taste, smell, and color of meat.

For ten years, Hermes Sanctorum was a Member of Parliament and a Senator in Belgium. His major battlefields in politics were animal welfare, climate change, agriculture, and sustainability. He studied bio-engineering and obtained a PhD in environmental chemistry. Now, with his company Paleo, he is using his expertise to make yeast produce animal heme. He explains:

A Genetic Modification That Does Not Produce GMO Products

When Sanctorum says, “we adapt yeast”, he means that they add to their DNA one gene grown in a lab: the one animals use to synthesize myoglobin. You can create any gene in a lab knowing the DNA code for it. And once you know the composition of any protein, you can figure out the DNA code that made it. So, they looked at myoglobin, figured out the DNA that would produce it, created that DNA in the lab, and then incorporated it into the yeast’s DNA. When the yeast grows, it makes myoglobin that is bioidentical to that produced in animal cells. This is genetic manipulation, yet the heme produced by Paleo is advertised as GMO-free. How is that possible?  Sanctorum explains:

“We are making a GMO-free animal protein. In Europe, if you make a GMO product, that’s a showstopper. We have, of course, a method that includes genetic modification, because we adapt the yeast. But we program it in a way that releases the new protein outside the cell, and we can purify it very easily. So, there are no yeast cells whatsoever in our final product. It’s pure protein.”