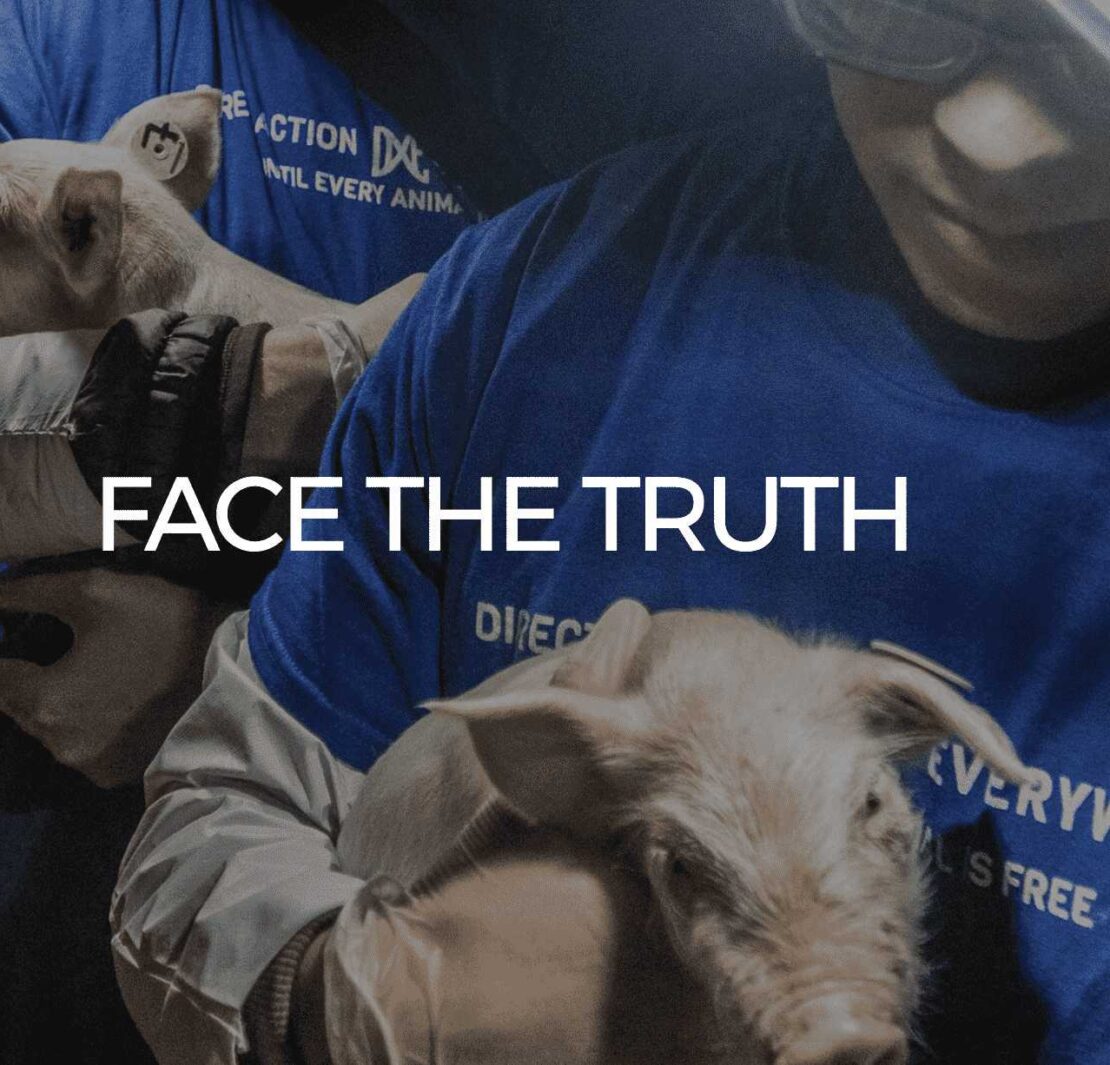 Animal rights protest at Costco! Direct Action Everywhere alleges that a pig farm supplier to Costco is torturing pigs with rampant cramped conditions, starvation, dead and dying piglets piled on top of one another, and the use of gestation crates.  Here is the DxE investigation, including images which DxE recorded for a virtual reality tour. “The meat industry always complains that we’re using selective footage, narrow vantage points and editing to make things seem worse,” Wayne Hsiung told the New York Times, adding, “…with VR, you’re seeing exactly what we saw and hearing exactly what we heard.” The supplier responds to the Times, “This video, which appears to be highly edited and even staged, is an attempt to leverage a new technology to manufacture an animal care issue where one does not exist.” DxE says watch the video and decide for yourself! We invite Costco and the farm that supplies them to come on any time. The supplier’s full statement is in this The New York Times article that was published as this protest got underway.  http://nyti.ms/2sTEaR4    #JaneUnChained